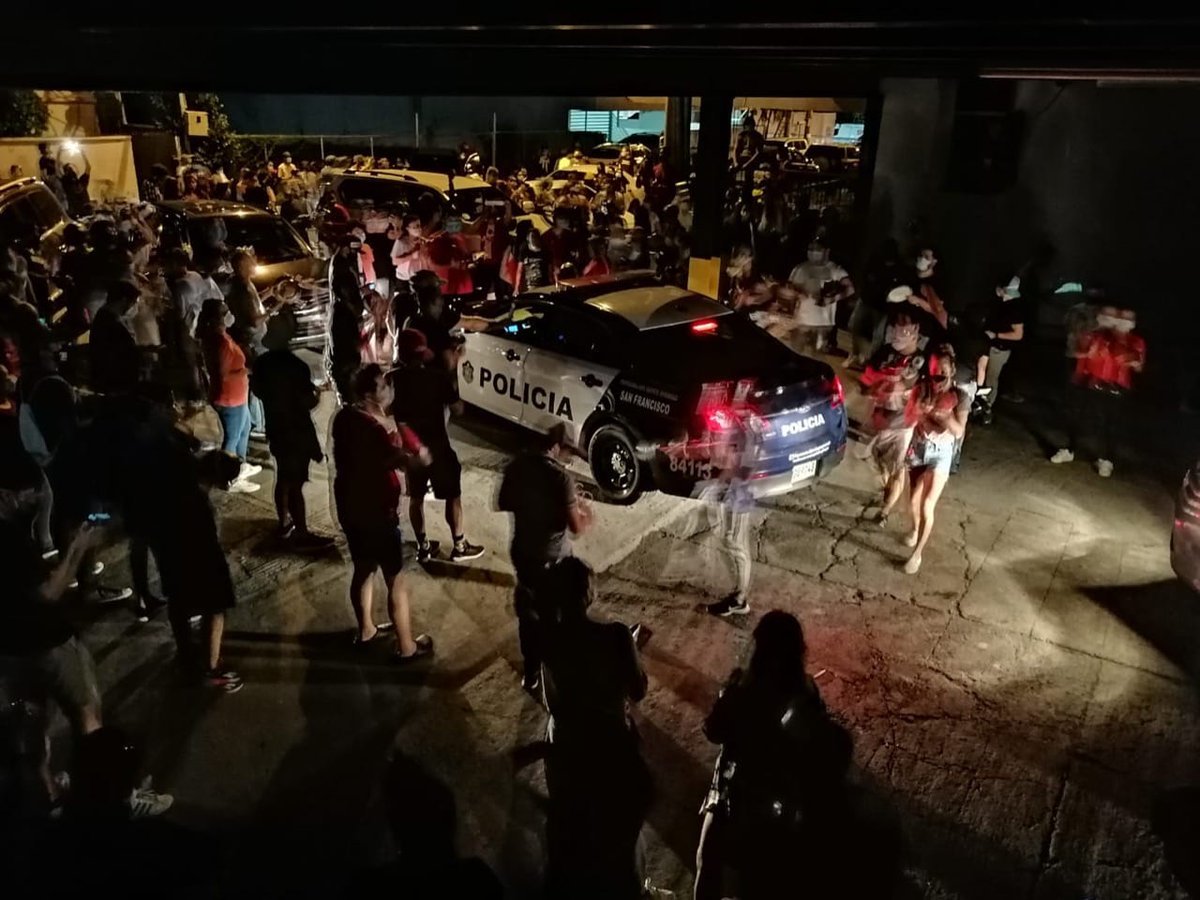 The Ministry of Health (Minsa) is analyzing the punishment of people who demonstrated last Thursday night in front of the Parrillada Jimmy's, a restaurant where the official party of the Democratic Revolutionary Party (PRD) and members of that party's leadership met among them the Minister of Labor, Doris Zapata; ignoring quarantine sanitary provisions.

This was announced by Israel Cedeño, director of the Metropolitan Health Region, on Radio Panama. The official explained that they received complaints so that the protesters could be investigated and sanctioned, so the ministry's legal advisory team investigates the matter. According to the complainants, they violated the stipulated curfew between 7 pm and 5 am

Figures from the PRD, including the representative of the San Francisco corregimiento, Carlos Pérez Herrera, urged the health authorities to investigate the protesters:

“The @PRDesPanama has already been sanctioned and the Parrillada too. And those who violated the decrees without mask without distance and clearly identified? @MINSAPma. Equal law for everyone in the end they affect San Francisco, which is my responsibility @jcsanfrancisco_ @SFNewsPanama ”, he wrote on Twitter.

His message was shared by officials such as Omar Ahumada (Administrator of the Passport Authority), Celso Carrizo (Adviser to the Presidency), among others.

On Thursday night, protesters questioned the fact that citizens are asked to remain confined to avoid cases of coronavirus, but, at the same time, deputies are allowed to open a restaurant for a political meeting. They demanded, among other things, equal treatment.

The Minsa imposed a fine of $50,000, both on the PRD and on the restaurant Parrillada Jimmy's. According to Cedeño, the activity violated several decrees, including No. 500 of March 19, 2020, which ordered the temporary closure of various commercial activities, including restaurants. There it was established that they can only dispatch home deliveries or take-away orders; customers cannot consume food on the premises. The measure that prevents meetings of more than 10 people was also violated.


Despite the fact that Minister Zapata was in the meeting, until now the health authorities have not spoken about their participation in this event. The Minsa, authority in charge of sanctions, is led by Rosario Turner, who along with her colleagues Doris Zapata, and Eyra Ruiz, Minister Counselor on health issues; They signed the call for the meeting of the deputies as directives of the PRD. Initially the site chosen was the Evergreen Building on 74th Street, San Francisco. But, later they decided to do it one block away: in Jimmy's, as explained by the secretary general of the PRD, Pedro Miguel González, who incidentally exonerated the deputies from all guilt, arguing that the meeting was called by the National Executive Committee.

Are the ministers violating rules that they themselves promoted? Turner and Zapata have articulated health strategies to contain the crisis from their positions in the Executive.