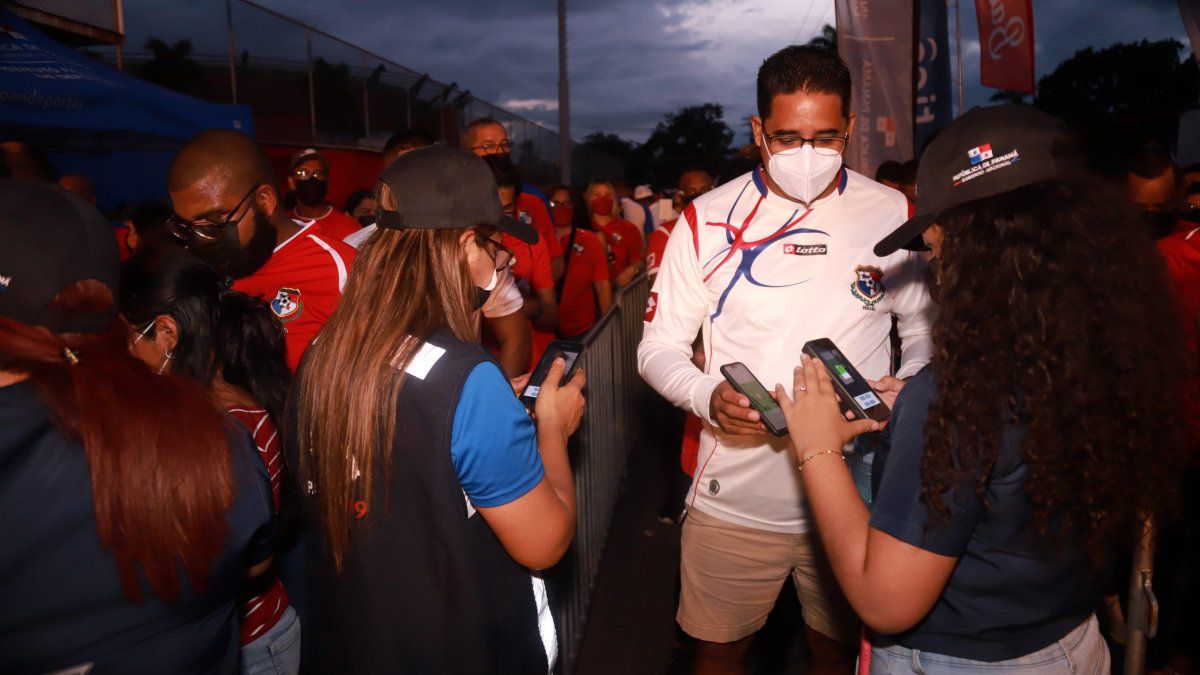 Minsa is prepared for contagion behavior after Panama-Costa Rica game

The Minister of Health, Luis Sucre explained that after massive events an increase in infections could be expected between a week or 15 days later.
The Minister of Health of Panama, Luis Sucre said that his team remains on the lookout for the behavior of COVID-19 infections , after the Panama-Costa Rica match, the first massive event that took place in the country since the pandemic began.

“The health team is waiting to see what happens, remember that when there are very large events of this type, if the contagion of covid-19 proliferates, we can expect it from a week to 15 days later, then we are waiting for see how this happens if there is any increase," said Sucre.

For the Panama - Costa Rica match, only people were allowed to enter with the two doses of the covid-19 vaccine, and to facilitate entry to the Rommel Fernández Stadium, the authorities launched the pilot plan for the use of the QR code.

Regarding whether the QR code will be used for other matches of the National Soccer Team that will take place in the country, Sucre said that Fepafut makes its decisions as a private entity.

“The Ministry of Health makes its recommendations, however, Fepafut makes its decisions. I understand for now, but this answer has to be given by the president of Fepafut, who will continue to use the same methodology,” said the Minister of Health.

He did not rule out that the QR code can be used to enter other types of events.

"The Ministry of Health considers, because we have had meetings with Arbyd and other organizations that have to do with restaurants, that it could open a covid-free area in which they can use their QR and there may be another area where everyone could enter that he does not have his vaccination," he said.

He added that by increasing the number of people vaccinated against covid-19, the capacity could be increased by up to 80%.

According to the National Authority for Government Innovation (AIG), some 13 thousand people obtained their QR code to enter the Rommel Fernández Stadium.

Last week, the President of the Republic, Laurentino Cortizo, said that the possibility of increasing the capacity of other types of events such as dances and implementing the QR code to 80% is being analyzed.
#Costa Rica  #COVID-19  #vaccine  #Covid  #Sucre  #MINSA

mike 389 days ago
The human immune system is extremely capable of dealing with the corona virus as long as it is not destroyed by nonsensical vaccinations.
View all comments (1)Add comment