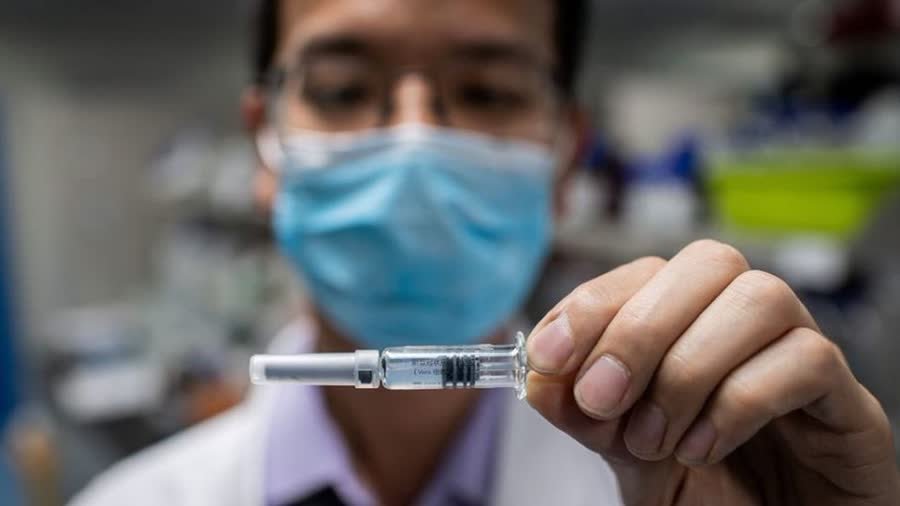 The Ministry of Health (Minsa) reported that two groups have been established in the country with the intention of analyzing the different vaccines against Covid-19, which are in the study stage in several countries.
The Minsa explained that there is a table made up of a group of advisers, which follows each of the vaccine studies that are carried out in countries, such as the United Kingdom and the United States.

In addition there is another group that works with the National Secretary for Science and Technology, the Minsa and the Government of President Laurentino Cortizo. This group is called the Vaccine Research Consortium.

The entity clarified that these groups are not negotiating the vaccine, on the contrary, they dedicate themselves separately to analyzing the studies being carried out. "These two groups advise and guide us on what would be the best vaccine to use in Panama, the ministry said in its report on Thursday, July 30.

The consortium has met with the Minsa, the Ministry of Foreign Affairs and even with Cortizo to contribute and evaluate what will be the best vaccine that Panama should acquire when it is available on the international market.

Information on the existence of these groups is known the day it was reported that there are 64,191 accumulated cases of Covid-19 in the country. In addition 1,397 deaths are reported since the disease was detected in the country.

Lourdes Moreno, head of Epidemiology at the Minsa, detailed this Thursday, July 30, that 3,212 tests were applied to detect the infected, bringing the total to 219,942 since last March.

Around the world, around 100 vaccines are developed against the disease that has caused more than 673 thousand deaths. But only four are in the third stage in the United States, the United Kingdom and Russia.

On July 27, the first phase 3 clinical trial of a coronavirus vaccine began in the United States.

On the other hand, on Thursday, July 30, it was reported that Pfizer and AstraZeneca began the third stage of the vaccine against Covid-19 disease. The other company that also works on the vaccine is Johnson & Johnson.
#MINSA  #COVID-19  #vaccine  #Pfizer  #AstraZeneca  #Covid  #Coronavirus  #Vaccines

Oh ya 219 days ago
There already is a cure. HCQ all the goverment here has to do is open their eyes and close their pockets were they were going to put all the cash they want to loot. If you have not seen the video frpm America's frontline doctors try to find it. Big tech has pulled it down but true news websites still have it

General Butler 219 days ago
The DNA-altering vaccine to be rolled out for covid will separate the wheat from the tares. It will separate those who deserve to live and reproduce and carry the human race forward from those who do not. If you are not intelligent enough to have researched this very unique vaxx, and simply go along with the injection, then you do not deserve to carry the race forward. Those who understand the vaxx has little if any prophylactic effect against covid will avoid it at all costs, even if it means being temporarily disallowed from having a driver license or passport or airport access. Being injected with unknown substances based on a worldwide psychological operation planned specifically FOR the vaccine is obviously not an intelligent choice. Regardless of whatever threats the government or its minions make toward you, the wise choice is to reject it at whatever cost.
View all comments (2)Add comment