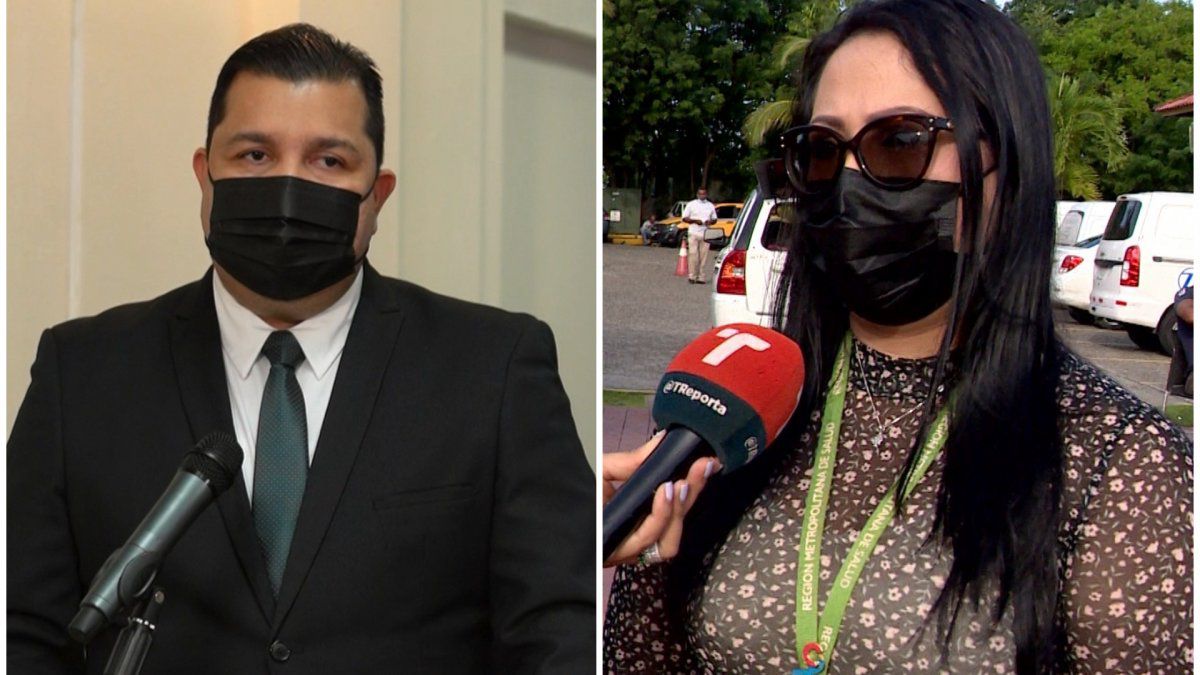 Leonardo Labrador, head of Epidemiology at the Minsa, and Ana Lorena Chang, regional head of Public Health, were part of a company that made swabs for trips to islands.
After revealing his link to the Board of Directors of the company in charge of swabs to enter the Panamanian Pacific islands, the head of Epidemiology of the Ministry of Health ( Minsa ), Leonardo Labrador, and the regional head of Public Health, Ana Lorena Chang were removed from office.

"We have proceeded to remove from their positions Dr. Leonardo Labrador, director of Epidemiology of the Minsa, and Dr. Ana Lorena Chang, chief of Public Health of the Metropolitan region," announced the Minister of Health, Luis Sucre.

He indicated that the separation of both officials from the position occurs due to the existence of a conflict of interest.

"In fact, there is a conflict of interest for being officials of the Ministry of Health and participating in a company that is doing swabs, just as you have been surprised in the will and confidence that each of the officials of this Ministry,” he said.

He explained that "the Ministry of Health has not hired any company to do swabs in any of the points, what we have is that this company came voluntarily and settled for a few days in that area to promote their company and do swabs"

He pointed out that both Legal Advice and Human Resources and the General Directorate of Public Health, will carry out the corresponding investigations, and according to the result, the actions that correspond to each of them will be taken.

"If in fact these officials were in a flagrant conflict of interest and insisted on committing this conflict of interest and moving forward, the corresponding investigations will tell us if in addition to separating them from their positions, they are also taking other types of actions, to take a type of much more serious action, even at this moment we are collaborating so much with the Antai that it is also intervening and we have already talked and we have put all our officials at their disposal, as well as the Public Ministry, it will correspond in addition to the separation what the investigations indicate us "he added.

It is worth mentioning that once the case was made known, the Minsa indicated that it would initiate an investigation to determine if they used their positions to benefit, while the National Authority for Transparency and Access to Information (Antai) requested through its account of Twitter the separation of officials due to conflict of interest.

For its part, the Public Ministry initiated an ex officio investigation for the alleged commission of the crime of Influence Trafficking.

Through Executive Decree No. 816 , the Minsa established that to enter the islands, which register few cases of COVID-19, the vaccination card with the two doses or a swab test of at least 72 hours must be presented. Many travelers arrived in Amador, from where they left for the islands, without tests or with a single dose of the anticovid vaccine, so they had to take the test to be able to travel to their destination.

As a result of this decision, the company in which both Minsa officials appear established swabbing positions on the docks, for a value of B / .25.00.

Residents, merchants of the islands and visitors questioned this decision made by the Minsa, considering that it had negative effects on tourism in these areas due to the extra cost.

During an interview she gave on August 10 as regional head of Public Health, Chang stressed the importance of getting tested to prevent the spread of the coronavirus. He said that "the company that makes the swabs is totally private", that they knew that they had a "very economic cost due to interference from themselves ... we do not get involved in that", referring to the clinic of which it is part.

In addition to both being high-ranking officials of the institution that imposes biosafety measures, the Civil Registry is investigated to verify whether they are married, since they work in the same institution.
#MINSA  #Sucre  #COVID-19  #vaccine  #Covid  #Coronavirus
Add Comment