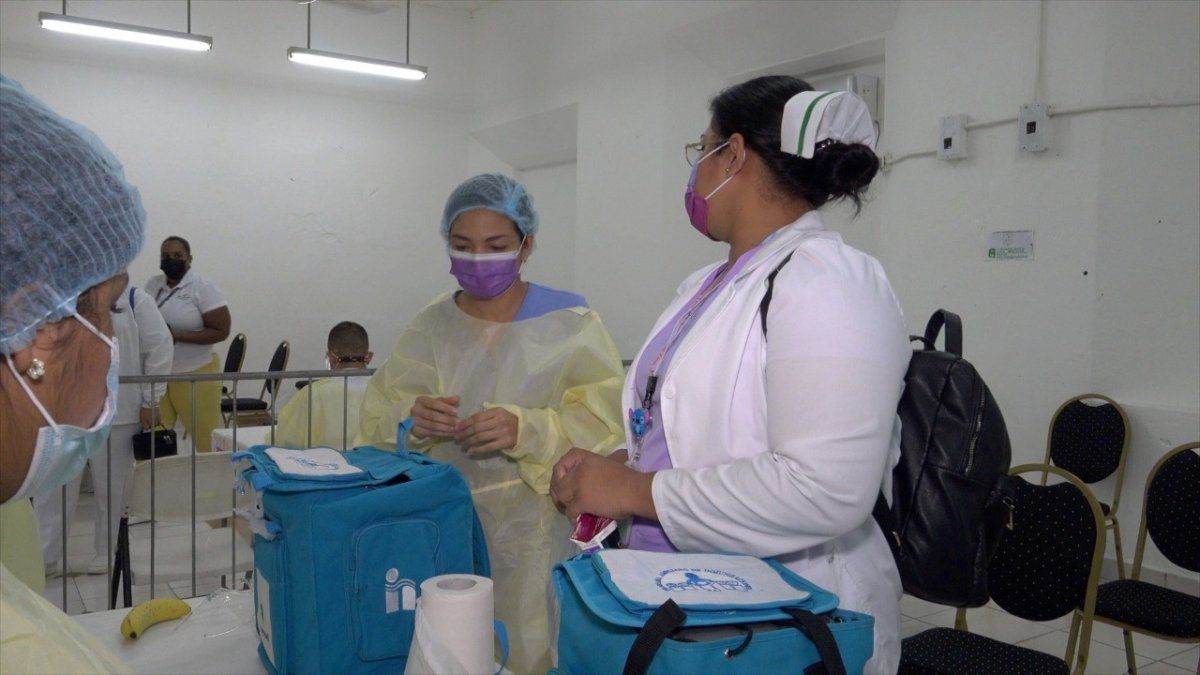 The Ministry of Health of Panama ( Minsa ) reported that since this Thursday a center for vaccination with the doses of AstraZeneca has been enabled at the Manuel José Hurtado school in the village of El Chorrillo.

The entity reiterates that to apply the AstraZeneca vaccines against COVID-19, citizens must register on the portal https://astrazeneca.fluyapp.com and on the page https://vacunas.panamasolidario.gob.pa/vacunas_menu They can verify date and time for the placement of the doses.

The Minsa details that in the district of El Chorrillo 37 active cases of COVID-19 are reported, of which 2 are hospitalized and 3 are in hotels, this according to epidemiological data.

For his part, the medical director of the health center in the district Max Pinzón called on young people to avoid parking lots or parties, in order to avoid the spread of the virus.

RealMINSA 35 days ago
El Chorillo??? So...not only "voluntarily", but also in areas of the country where there is the most crime and poverty....and with that comes desperation to get the "saving" shot.
Except it will be a mid-/long-term Deathshot.

For SMART humans it is absoluteley crazy, that Panama is issuing vaccs with a substance that has been banned because of severe side-effects and deaths, by over 40 contries worldwide.

Well...what do you get when you multiply a stupid population with a stupid government, paird with ignorance and the unwill to develop?
Exactly - a soon to be DEAD population. It is only fair -> Survival of the fittest ( and that includes fit-mindsets).