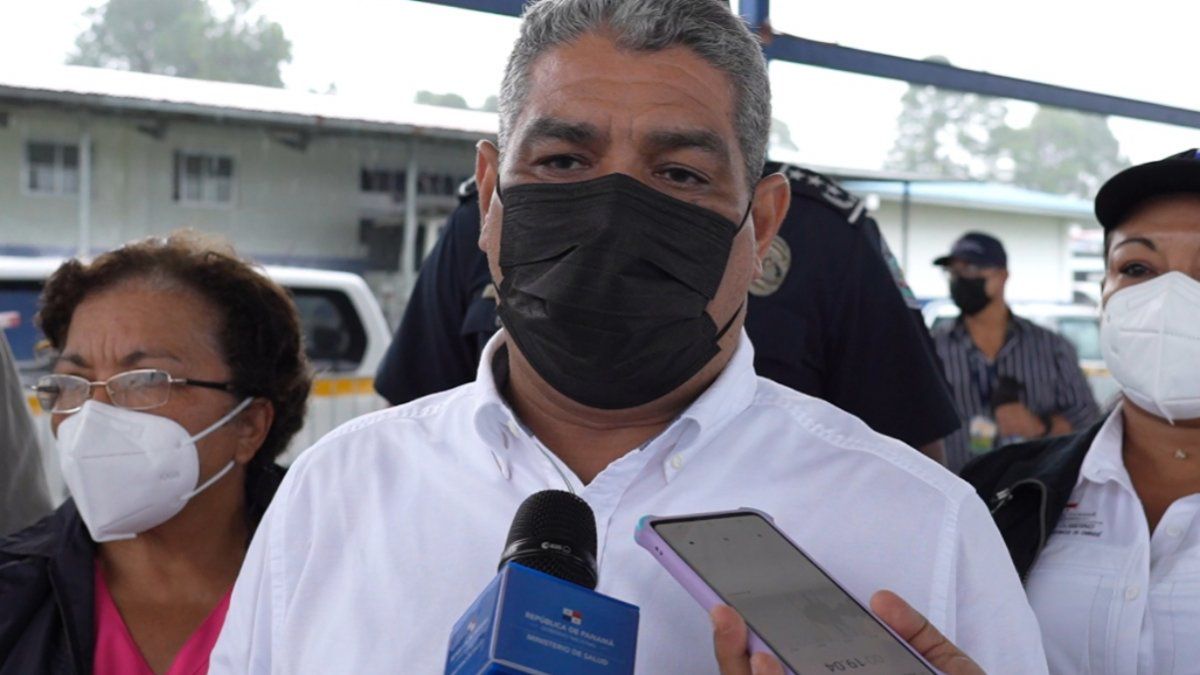 The increase in COVID-19 cases has been slight, "the problem is that it is being gradual and permanent," said the Minister of Health.
The Minister of Health, Luis Sucre, announced that an increase in COVID cases is currently being observed in about four districts of the province of Chiriquí, in response to which he calls on the population to maintain the measures of biosecurity.

“From what we have noticed today is that we have four districts that were already going down and have started to go up again, those districts are David, Bugaba, Barú and Dolega, we have to pay a little more attention, we want to ask The Chiricanos who are part of that district that we take care of ourselves, that we not lower our guard, that we increase and reinforce the biosafety regulations, and it calls our attention that these are precisely places where there is greater commercial movement in the province and it is precisely where The cases are getting a little higher for us,” Sucre explained.

He pointed out that although the increase has been slight, “the problem is that it is being gradual and permanent, that is, it is being constant and that is not good, that turns us on a yellow light and tells us that we have to be alert with these districts.”

He added that in this situation, the Minsa, together with the inter-institutional team and the private company, will proceed to implement strategies to stop this increase in COVID-19 cases.

"The team of the province is proposing some strategies this afternoon, they this week will begin to walk in their strategies, to reinforce their teams, which will be doing night operations, mainly in the commercial part, together with a team from the private company that promised that it would work with the Ministry of Health and with the inter-institutional team to try to control this increase,” he added.
#MINSA  #Sucre  #COVID-19  #Covid

Captain 33 days ago
OH YA MISINFORMATION CLAIM: The Canadian province of Alberta lifted all COVID-19 restrictions after health officials couldn’t provide evidence in court that the virus exists.
AP’S ASSESSMENT: False. Alberta relaxed its COVID-19 restrictions because the province hit predetermined vaccination goals. Patrick King, a Canadian resident, has been falsely credited on social media with driving the change. But that’s due to a misunderstanding of what happened in a court case.
THE FACTS: Court records show King was fined in December for violating COVID-19 measures, specifically for gathering in a large group while protesting masks and pandemic restrictions.
King, who represented himself in court, sought to challenge the validity of Alberta’s public health rules and requested that the province’s chief medical officer of health, Dr. Deena Hinshaw, present papers that discuss the isolation of SARS-CoV-2 “directly from a sample taken from a diseased patient.”
In July, the Court of Queen’s Bench of Alberta quashed the subpoena and found that King had not shown the material he requested was relevant to his case. The court also said the health agency “has no material evidence” that pertains to King’s fine.
Multiple social media users, including King, misrepresented the language used by the court, falsely suggesting it proved there is no evidence that COVID-19 exists. During an interview with conservative podcaster Stew Peters, King falsely stated: “They knew this whole time that this was never isolated,” later adding that restrictions were made to “bankrupt our country under the guise of a false pandemic.”
The AP has previously debunked the false claim that coronavirus has never been isolated. Chinese authorities first isolated the virus on Jan. 7, 2020 and Canadian scientists did so in March of 2020.

Captain 33 days ago
FACT CHECK : Oh Ya as usual is sowing misinformation. The virus that causes the disease COVID 19 was first identified by Chinese authorities on jan 7 2020, (tinyurl.com/y5at3vke) after which it’s genetic material (RNA) was sequenced . This sequence contains instructions for creating the virus’s proteins, which are the basis for the Pfizer , Astra Zeneca and Moderna vaccines. It is therefore completely false to circulate that the virus has never been isolated and Reuters are noting that such fake information is widespread on social media. WARNING ignore posts from OH YA ….similar rubbish posted by Oh Ya has been BANEED by other English language channels in PANAMA

Oh ya 33 days ago
2 things. No lab in the world has been able to isolate this so called virus and 2nd you can not stop the spread of a flu. It has already started in Alberta Canada a private citizen took the govermentvto court after he received a $1200 fine for being in a group of more than 10 people. When he challenged the goverment in court to produce a isolated virus sample they admitted they could not. The Judge then stopped all testing, masks and lockdowns and now Alberta treats it a the seasonal flu. Google Patrick King and read the story. If we had any real lawyers in panama this could be stopped here also
View all comments (3)Add comment