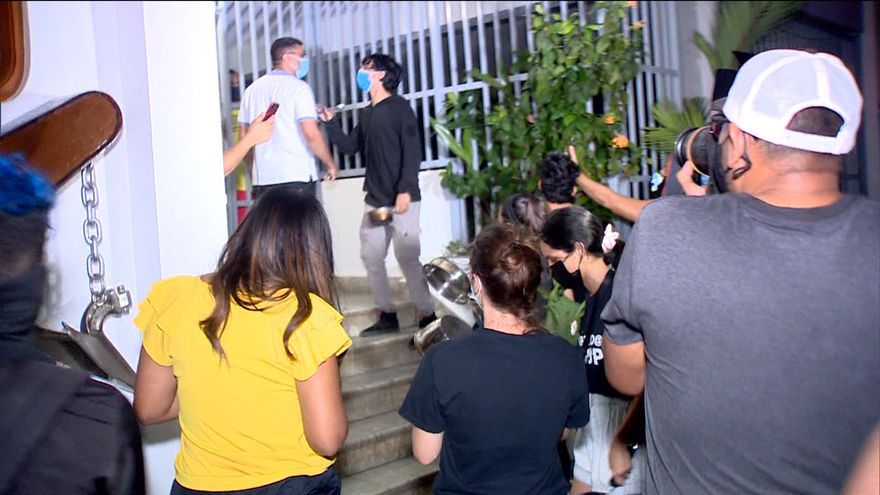 The Minister of Health of Panama, Luis Sucre reported this Tuesday, September 1, that two officials of that entity who participated in a meeting at the La Fragata restaurant, located in Obarrio, have left their positions.

The two officials of the Ministry of Health have been asked to resign from their positions, and in fact they have already done so, until the investigation is concluded by the Metropolitan Regional Directorate, said the minister.

This comes after reports emerged of officials attending a meeting in La Fragata restaurant during quarantine. Although, previously it was said that the two Minsa officials had only parked their cars near the restaurant, while having a private discussion at one of their home, which is located in the vicinity.

Sucre indicated that the official of the Ministry of Housing and Territorial Planning (Miviot) who was in the place also has vacated his post.

While the official of the National Customs Authority was separated from the position and is under disciplinary process, he said.

Recently, Minister Sucre announced that he was awaiting a final report from the Metropolitan Health Region on the meeting, which generated protests and criticism for violation of restrictions due to the COVID-19 pandemic.

During the press conference on Tuesday, the minister did not refer to the case of the mayor of Colón, Alex Lee, who traveled with his family to a beach house in Río Hato and the participation of the minister counselor for Health Affairs, Eyra Ruiz at a mass to bid farewell to Wendy Rodríguez, leader of the Democratic Revolutionary Party (PRD).