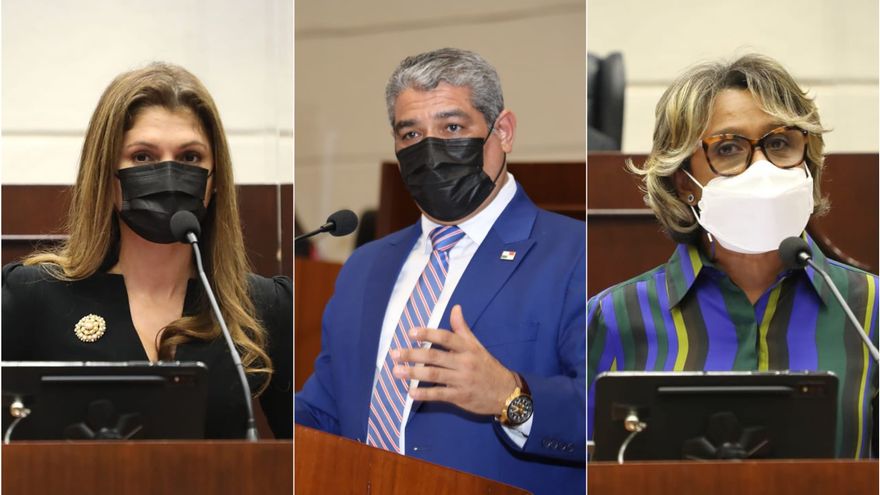 The heads of the Ministry of Health (Minsa), Ministry of Economy and Finance (MEF), and Ministry of Foreign Affairs (MIRE), appeared this Monday before the Plenary of the National Assembly.

The ministers answered questions regarding vaccines against covid-19 and the management of the pandemic in Panama.


Luis Sucre, Minister of Health, indicated that "each of the measures are based on public health matters" and that they were implemented due to the constant non-compliance with preventive biosafety measures, even though the numbers continued to increase.


The vice minister of health, Ivette Berrío, explained that the Government carried out negotiations in two ways, one of them multilateral and the other bilateral.

It is expected that in seven weeks 450,000 doses of Pfizer vaccine will have been received.

For her part, Eusebia Calderón de Copete, National Head of Nursing at the Minsa, said that the vaccination team takes 3 minutes in the process so they have the capacity to apply 15 doses per hour. 120 people every 8 hours


The Minister of Finance, Héctor Alexander, explained that the total resources assigned to attend the pandemic was $1,4 billion, of which $969.5 million were paid and $435.8 million remained in accounts pending payment year.

- Of the $969.5 million that were paid, $187.5 million come from specific loans for the health issue, the rest was financed from the common fund.

- Of the $435.8 million accounts payable, $57.5 million come from specific loans for the health issue.