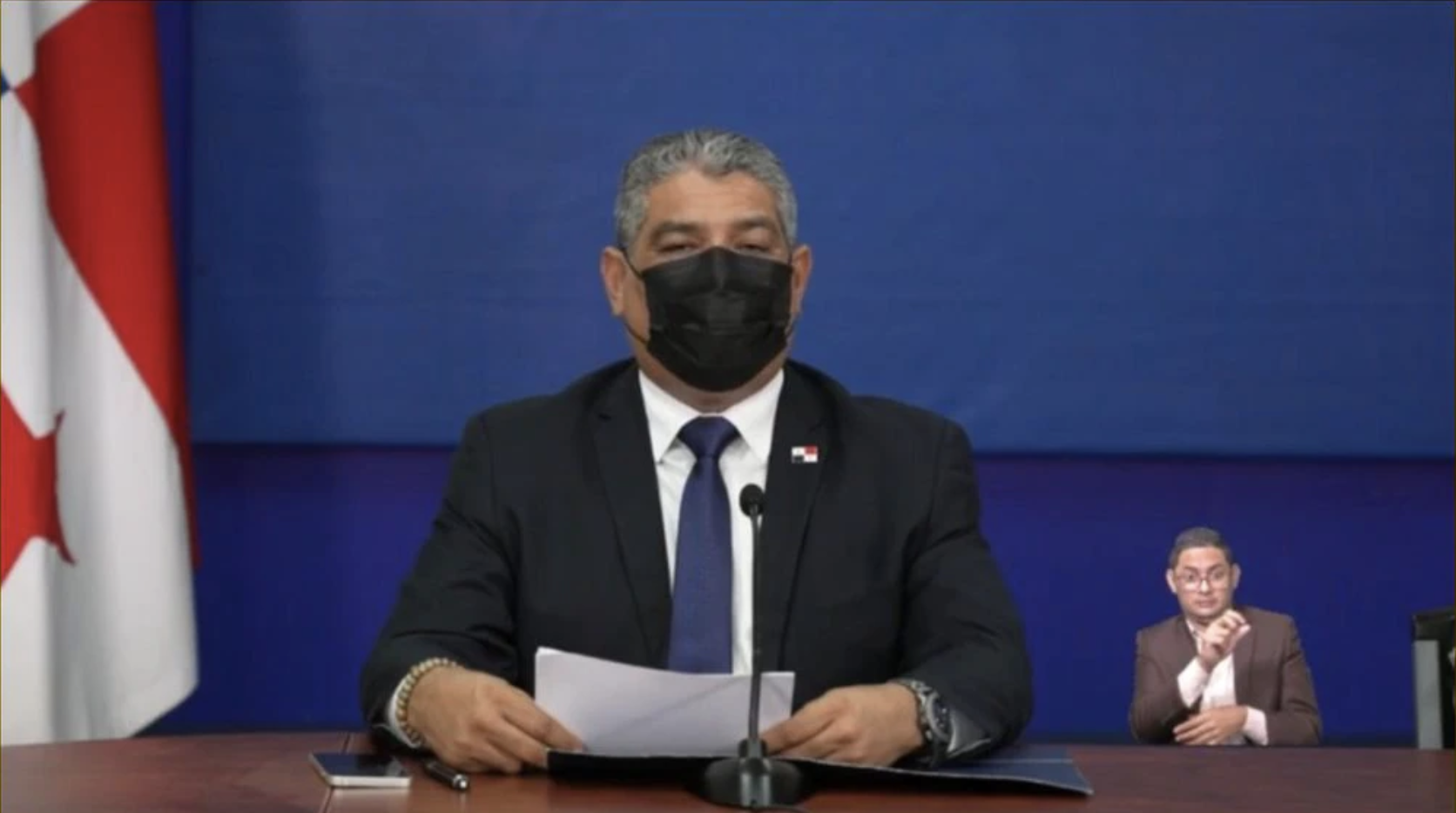 The Minister of Health, Luis Francisco Sucre, announced this Tuesday, August 24, that for this week "the country experiences significant decreases" in the number of new cases of Covid-19, as well as patients in wards, care units intensive care and deaths.
He indicated that this is due to vaccination. According to data from the Department of Epidemiology of the Ministry of Health (Minsa), 75% of those hospitalized are not vaccinated against Covid-19. In addition, 94.1% of the deceased had not been vaccinated.

According to Sucre, these figures show that the vaccine "does generate an effect on the immune system." That is why, the minister added, that as of August 30, the Ngäbe Buglé region will be released from all measures, while in the entire province of West Panama the curfew will be 12:00 a.m. until 4:00 a.m. and the closing of shops from 11:00 p.m.

They also make more flexible measures in the districts of Aguadulce, Antón, La Pintada, Natá and Penonomé, in the province of Coclé: the curfew will be from 12:00 midnight to 4:00 a.m. and the closing of shops at 11:00 p.m.

Meanwhile, in the province of Chiriquí in the districts of Barú, Bugaba and Gualaca, the curfew will also now be from 12:00 a.m. until 4:00 a.m.

Sucre also said that he had "good" news for Herrera. He indicated that due to the epidemiological behavior of recent weeks, the curfew in the Chitré district will be 12:00 a.m. until 4:00 a.m.

Meanwhile, for the districts of Las Tablas and Los Santos, in the province of Los Santos, the curfew measure from 12:00 a.m. is relaxed. until 4:00 a.m.

Sucre reported that the rest of the regions such as Bocas del Toro, Veraguas, Panama Metro, Panama Norte and San Miguelito maintain the measures in force until now, said the Minister of Health.
#MINSA  #Sucre  #COVID-19  #vaccine  #Covid  #ANT

Ray 27 days ago
Re "Oh Ya" and their comment - given the very high percentage of the population vaccinated in Israel, this means that (in terms of proportion) the majority of those in hospital will be those who are vaccinated. This will be the same if or when the bulk of the Panamanian population is vaccinated. You can still catch and spread the virus (especially the Delta version) when vaccinated, but are less likely to face severe symptoms or death. In addition, the total number of hospitalised cases should be considerably lower

mike 28 days ago
Once again. The Minister of Health, Luis Francisco Sucre, personally phoned the virus and they agreed that the virus will only run around in certain places at night from midnight to 4 am.

Oh ya 28 days ago
That is strange . Isreal states 86 % of there serious cases in the hospital are fully vaxxed. So I wonder you is lying
View all comments (3)Add comment