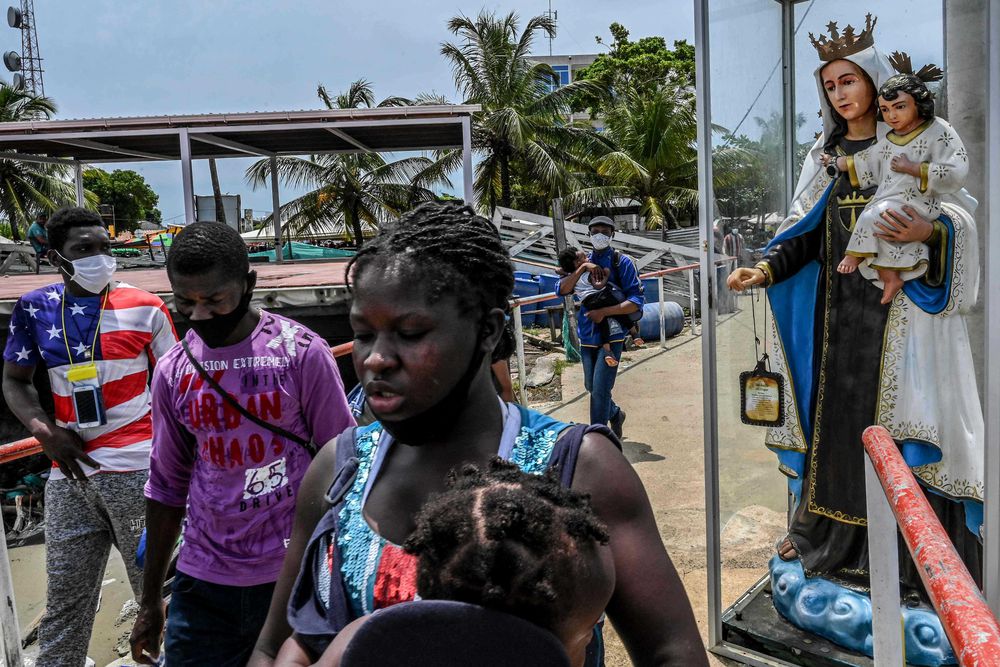 When the Minister of Security, Juan Pino, was consulted about the preparation that Panama has to receive the thousands of migrants who are stranded in Colombia, he explained that it has a controlled flow policy because its goal is not to stay, but to follow the United States. and Canada.
Pino explained that the controlled flow is related to receiving them in two localities in the border area, either in Canal Membrillo or Bajo Chiquito and then a medical examination is carried out with personnel from the Ministry of Health and volunteers from Doctors Without Borders.

The official recalled that Panama is the only country that conducts a medical check on all migrants who pass through its territory.

Pino's statements arise because the Colombian media have reported that the municipality of Necoclí , in the department of Antioquia, is collapsed because there are at least 10,000 people seeking to reach Panama and from there follow Central America and Mexico on their way to US territory.

Due to this situation, the president of Colombia, Iván Duque, requested this Thursday regional cooperation to face the migration crisis.

In that area there are thousands of migrants from African and Caribbean countries, such as Haiti, who are stranded waiting to continue their journey to the United States.

"What happens in other countries does not happen here, you do not see migrants in our cities, because it becomes a health and safety problem," he recalled.

He added that the entity he directs has a plan to improve the migrant camp in the Darien province.

According to Pino, the migrants spend about three days in the camp and from there make a direct flow to the border with Costa Rica to continue their journey to North America.

The minister revealed that 15 days ago he met with the Costa Rican Minister of Public Security and even took him to Darien to learn the context and understand what the border with Colombia was like.

In addition, this Thursday, July 29, the Minister of Foreign Affairs, Erika Mouynes , revealed that she corroborated in the company of her Colombian counterpart, Marta Lucía Ramírez, the difficult situation of a large group of irregular migrants in Colombian territory near the border with Panama.

"Logically we are coordinating with Colombia and Costa Rica to have a medium controlled flow, but not massive," said Pino. He added that this is a phenomenon of 2021, 2022 and 2023. "Even the same migrants say that more are coming after them."
#Costa Rica  #Erika Mouynes

Oh ya 57 days ago
How about doing the legal thing and not let ILLEGAL ALIENS invade your border. Turn them around or this will never stop. If the US ever gets a real President again and they close their border then the transit countries are going to be stuck with thousands of illegals and this country does not need anymore people that need goverment support, they have lots of there own that need help.
View all comments (2)Add comment