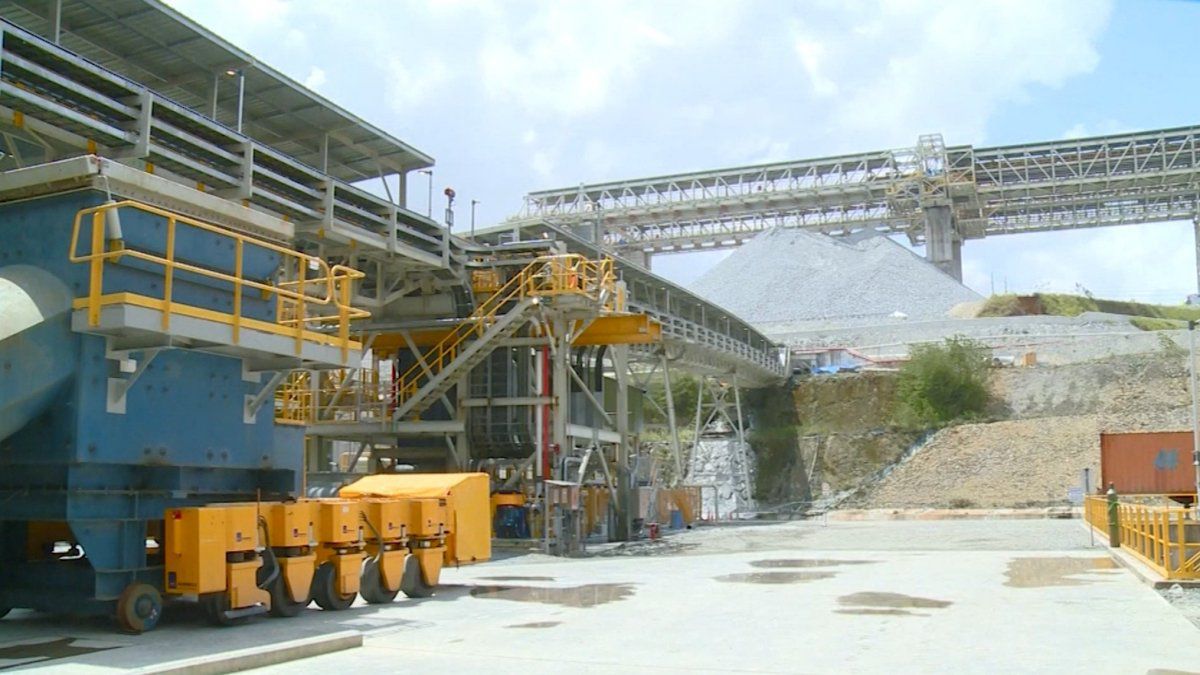 The mining company adds that they are prepared to start the renegotiation process as soon as the authorities so decide.
The Minera Panama SA made clear through a statement that they have not initiated any process of renegotiation of the concession contract of the Cobre Panama mine with the government.

"With the responsibility of carrying out a transparent process, Minera Panamá, SA informs the public that it has not started the process of renegotiating the concession contract for the Cobre Panamá mine announced by the Panamanian State. We are prepared to begin the process as soon as the authorities so order ", begins the note of the mining company in its Twitter account.

However, the company emphasizes that they hope to carry out a negotiation in good faith, exhaustive and transparent that promotes a win-win result for Panama and the largest foreign private investment made in the country.

The Cobre Panamá mine is regulated by various government institutions, especially by the Ministry of Commerce and Industries (MICI), the main inspector of mining activity in the country.

"This constant supervision and communication is essential for the proper development of the industry and is not part of the announced renegotiation process, for which the company is responsibly prepared and which, to reiterate, we will attend as soon as the authorities so dispose," says Minera Panamá .

It should be noted that on July 14, the President of the Republic of Panama, Laurentino Cortizo, formed a high-level team to begin negotiations with Minera Panama.

Team that is made up of the MICI; the Ministry of Economy and Finance (MEF); the Ministry of Labor and Labor Development (Mitradel); Adolfo Ahumada, former negotiator of the Torrijos Carter Treaties; the writer and diplomat Manuel Oreste Nieto; the doctor in biological sciences Daniel Esquivel; the geological engineer Ana Mendez; the former ambassador Marcel Salamín; Nils Castro, the former advisor for International Affairs to General Omar Torrijos; and the lawyer Roberto Ábrego.

However, this Friday Marcel Salamín presented his resignation from the team indicating that his role has been reduced to that of advisor and that there were already two proposals presented, not admitting a third, which in this case was his.

Currently, the team appointed by the Government agrees internally in the negotiating committee on several points such as the restructuring of royalties and the elimination of exemptions.
Add Comment