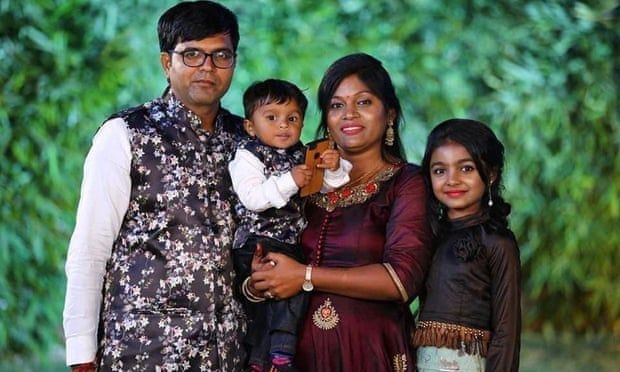 The signs are painted on every wall and hang from every lamp-post of this small Gujarat village. “Easy Canada visa, student and immigration,” states one. “Study in Canada, free application, spouse can apply,” claims another.

Indeed, in Dingucha, a village in rural west India, almost every house now has a family member either in Canada or the USA. It was a fact they used to proudly shout from the rooftops; but now, the village has fallen silent. Ask people about their relatives in north America – particularly the journey they took to get there – and they shrug their shoulders and walk off nervously.

It was a family of four – Jagdish Patel, 39, his wife Vaishali, 37, 11-year-old daughter Vihangi and three-year-old son Dharmik – who set off from Dingucha on 10 January, with Canada visitor visas stamped in their passports. They landed in Toronto on 12 January. Patel called his father and cousin back in India to let them know that it was cold, but they were all fine and in a hotel.

Six days later, the young family arrived in Emerson, a tiny town on the Canada-US border where night-time temperatures regularly drop below -35 degrees centigrade in the winter. It appears they were dropped off at a nearby point in brand new coats and gloves, and then began making the treacherous journey to America on foot, in the pitch dark, through what one local described as a freezing, “lunar-like landscape”. The next night, the Patel family were discovered frozen to death in the snow, 12 metres away from the US border. 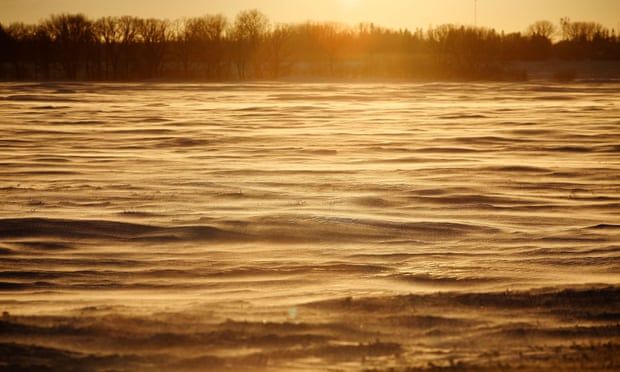 Snow drifts in a farmer’s field just outside Emerson.

The “mind-blowing tragedy” – as it was described by Canadian prime minister Justin Trudeau – has thrown a spotlight on the many Indians who continue to embark on often treacherous journeys to North America.

Though India is developing fast, it is also plagued by sluggish economic growth, low wages and a lack of employment opportunities that have led to an ongoing jobs crisis. In January riots broke out in the Indian state of Bihar when around 10 million people applied for 40,000 jobs on the railways.

Over 75% of the population is still employed in the informal sector, where people earn only a few hundred rupees a day and there is no job security or benefits. In the formal sector, the unemployment rate has recently hit 8% as increasing numbers are going into higher education but failing to find non-blue collar jobs once they leave. Though Gujarat, the state where Patel lived, has the lowest unemployment rate in the country, 95% of the jobless are educated.

In Dingucha, most still make their living from farming fruit, wheat, cotton and spices. But Patel, who was the son of a farmer, was educated and before the pandemic had worked at a school in nearby Gandhinagar. However, over the last two years, after the school closed, he had moved his family back into his parent’s home in Dingucha and helped out in his brother’s garment factory and on his father’s farm. 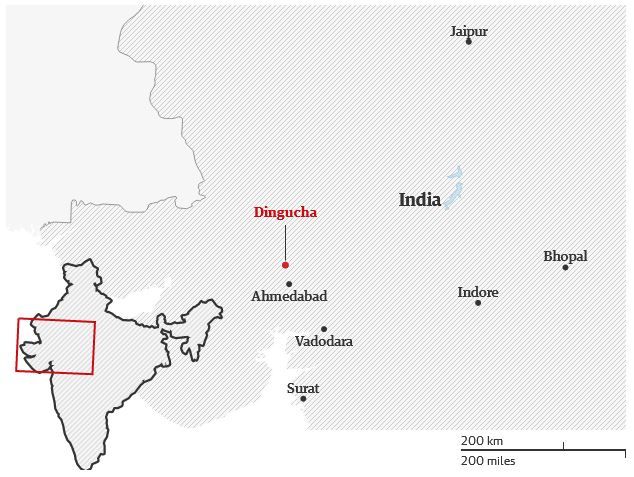 “His livelihood seemed fine, but many people in our village have gone to Canada and the US and live good lives there, earning good money,” said Thakor. “So that’s probably where he got the idea from.” According to villager, Patel’s uncle and cousins lived in the US.

The news of Patel’s death has been greeted by a nervousness that the booming local business of facilitating visas to the US and Canada is now under international scrutiny. Agents, who charge vast sums, help people obtain visitor visas or student visas at dubious institutions in Canada, which they then illegally overstay. For those wishing to enter the US, the usual route is to go via Mexico or Canada and illegally cross the land border. 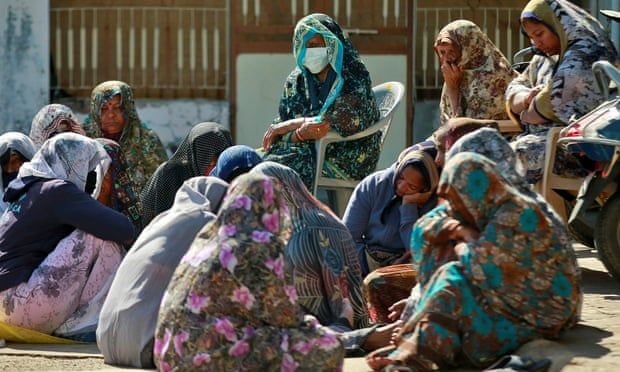 Relatives of the Patels gather to mourn their deaths at the family’s home in Dingucha.

By local estimates, more than 2,000 people from Dingucha have over the decades have gone to the US and Canada, and the money they have sent back has built several temples, the water tower, a school and multi-storey residences. “The whole village is scared that because of this incident, their relatives in America and Canada will be found and deported, so everyone has been told to shut their mouths,” said one village resident.

Patel’s cousin Jaswant Patel claimed to know few details. “It was only when Jagdish arrived in Canada that he called me,” he said. “He sounded happy on the phone but he did not mention plans to go on to America.” Due to the high cost of flying home the bodies, the family would be buried in Canada, he added.

But locals said that the high cost of paying an agent to facilitate these journeys to north America usually meant the whole family was involved in loaning the money. According to a Dingucha resident who had previous experience with the local visa agents, the standard cost for a family of four to get to the US is 16.5m rupees (£164,000) – a staggering sum, particularly for a rural farming community. However, Patel’s father, a farmer, is said to have paid half the sum in cash for his son’s travel to the US and the other half in the form of 20 acres of land.

The agents are now the focus on an investigation by India’s central Crime Investigation Department, who this week sent officers from the anti-human trafficking unit to the towns and cities around Dingucha where these agents operate. In the US and Canada, 13 agents allegedly facilitating illegal trafficking from India have been detained.

Anil Pratham, assistant director general of police in Gandhinagar, Gujarat’s capital, said they were “still waiting for information from the Canadian authorities” about the identities of seven other Gujaratis, said to be from villages neighboruing Dingucha, who were rescued alive a few miles way from the Patel family.

Police in Canada at first said the victims found in the blizzard included a boy in his teens and a baby, but Indian consular officials later confirmed the Patels’ identity. (The Royal Canadian Mounted Police did not respond to repeated requests for an explanation of the inaccurate initial report.)

While Canadian officials have said they hope the tragedy that befell the Patels would ward off those thinking about making the illegal journey, the appetite in Dingucha for a future in Canada or the US appeared not have waned.

Ashok Prajapati, 53, a local artist, said he hoped to send both his children to Canada, and that his 18-year-old son was currently waiting to hear about a student visa. “Everybody who is smart is trying to go,” he said.