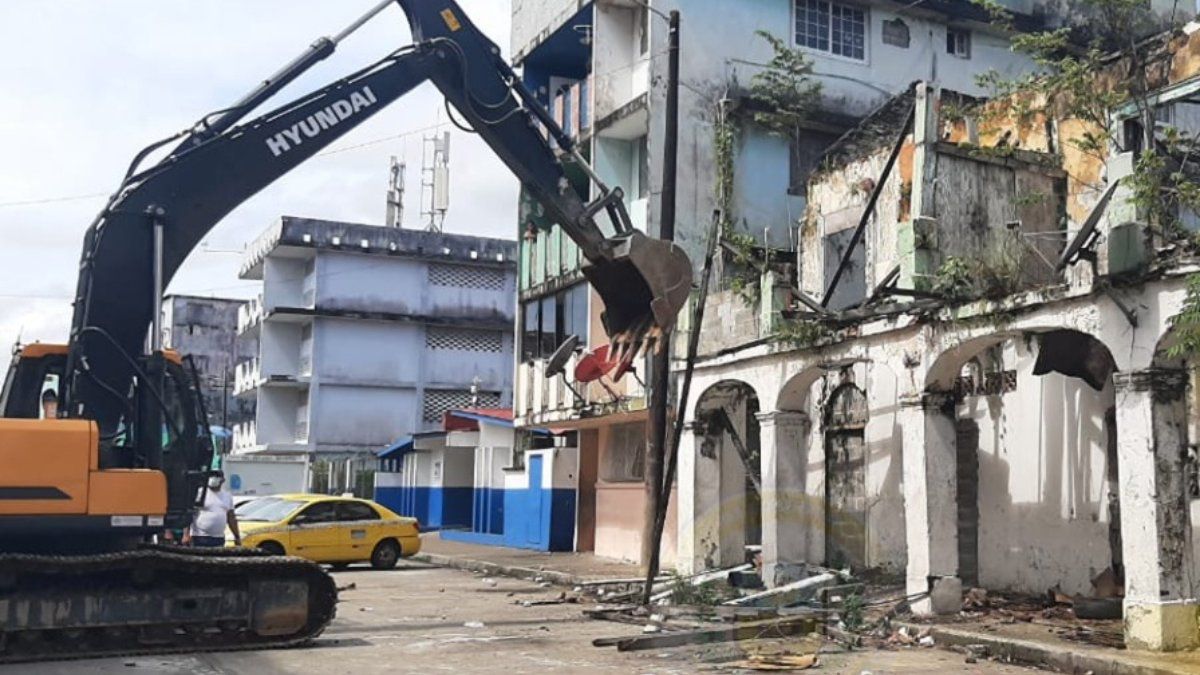 It is about the house 3,023 which was located on Calle 3 Avenida Bolivar, and was considered historical heritage.

The Minister of Culture, Carlos Aguilar, said that the rest of the buildings that have been demolished so far were not part of the historical heritage and clarified that this address is only responsible for verifying whether or not the mansion has heritage value.

Aguilar requested that these demolitions be carried out within the law, and asked to accelerate the debate on Bill 642 that modifies Law 47 of August 8, 2002 that declares the Old Quarter of the city of Colón and the project of Law 654 that modifies and adds articles to this same law of 2002.

The initiatives were presented by deputies Pedro Torres and Jairo Salazar, respectively. The Culture Minister said that both deputies had expressed their intention to unify the proposals.

For his part, Deputy Jairo Salazar assured that the demolition of old houses will continue.

"It is time that we take action in the city of Colón and we are going to take down one every week," the deputy warned.

Regarding the demolition of mansion 3,023 Salazar indicated that they received notes from both the National Civil Protection System and the Fire Department for the danger it represented.
Add Comment