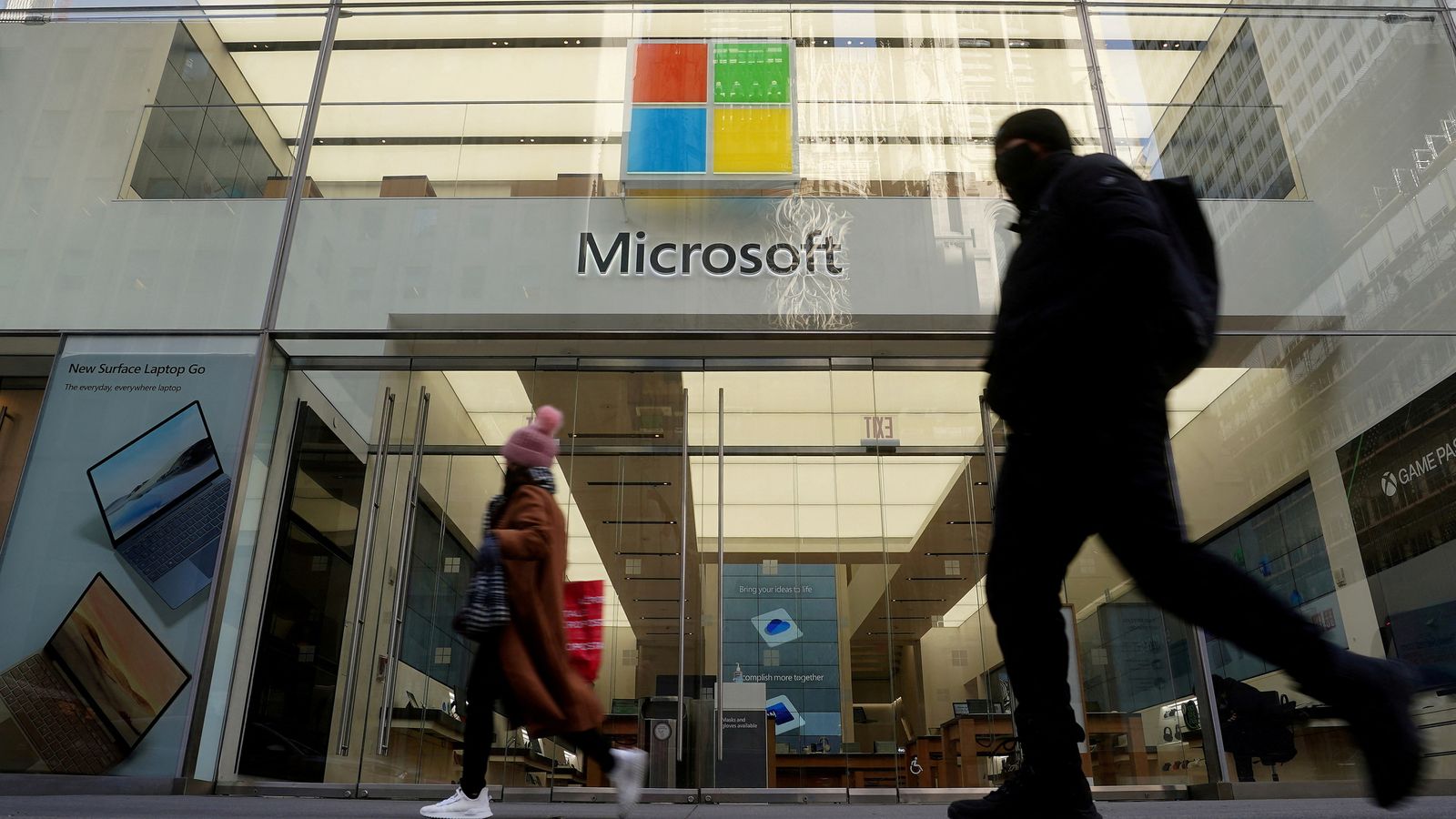 Tech giants Microsoft and Alphabet report their financial results in the US, with both seeing challenges in the current economy.

Microsoft blamed "evolving macroeconomic conditions and other unforeseen items" for its financial performance.

It cited supply challenges in China due to strict COVID-19 lockdowns, a deteriorating personal computer market, and the winding down of its operation in Russia as a reaction to that country's invasion of Ukraine.

Alphabet Inc, meanwhile, had a more positive showing, with revenue nearly in line with analysts' expectations.

Investors had expected ad revenue to falter as companies cut budgets to cope with rising costs.

Companies such as Alphabet are increasingly bringing in less cash from foreign revenue, due to the strong US dollar, and its shares have fallen more than 27% this year.

Sophie Lund-Yates, equity analyst at Hargreaves Lansdown, said: "Alphabet's unshakeable presence in our daily lives means it falls into the essentials bucket for marketing teams, which is why ad revenues are still rising despite concerns of an overly-harsh tapering of demand.

"A positive reaction from the latest quarterly numbers has been incredibly hard-won, given the negative market sentiment surrounding broader tech.

"Alphabet's essential status for marketers makes it more able to stomach inflation, as its customer base is about as sticky as they come in the sector. However, it's not completely immune to residual issues from a tough economic backdrop."

Shares of Microsoft were down 0.5% in after-hours trading, while Alphabet was up 3% following the companies' results.

Microsoft ended the regular session down 2.7% and Alphabet ended 2.3% lower on the day.