Michelle Obama has praised the resilience and determination of London schoolgirls as she joined them in an online reunion this week.

In the hour-long talk, she spoke with six girls from Elizabeth Garrett Anderson School in Islington and Mulberry School for Girls in Tower Hamlets, offering the students life advice and encouragement two years since her last visit.

The reunion took place to mark the publication of two new editions of her bestselling memoir, Becoming, which takes a dive into her life before the White House.

She told the young girls that speaking to them kept her “optimistic.” 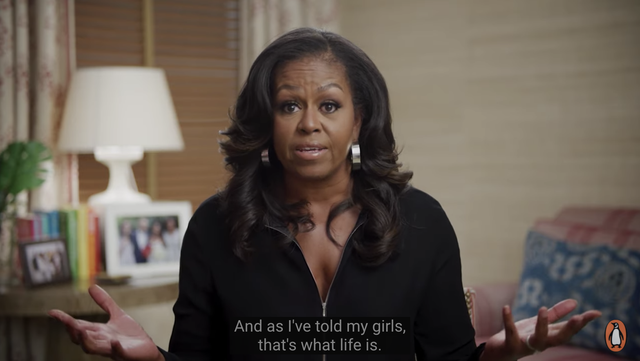 The reunion took place to mark the publication of two new editions of her bestselling memoir, Becoming.

“Meeting all of you, watching your growth...you all give me hope,” she said, adding: “Listening to how thoughtful and insightful you are, how resilient and determined you’ve been, how strong and capable you are.”

The students also praised Mrs Obama for being an “inspiration” to them.

Nusrath Hassan, 23, who previously attended Mulberry and also joined in the call, said the Mrs Obama had made a “fundamental impact” on her life and she was excited to see the difference she would help make in the lives of others.

Mrs Obama has a lasting relationship with both schools and has taken groups from each to visit the White House.

She first visited Elizabeth Garrett Anderson in 2009 and Mulberry in 2015 during the launch of her Let Girls Learn campaign.

In 2018 she returned to Elizabeth Garrett Anderson during a visit to the UK to promote her memoir. 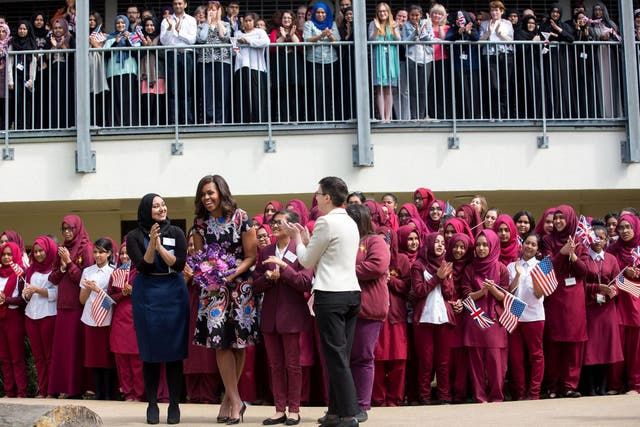 In the book, which offers personal insight into the Obama family, she said of her 2009 visit: “They were me, as I’d once been. And I was them, as they could be. The energy I felt thrumming in the school had nothing to do with obstacles. It was the power of nine hundred girls striving.”

In the Zoom meeting, the former US First Lady also took the time to give the young students important advice.

She told them: “No matter how high you get or how smart you are, or how successful, life will throw you things that you’re not necessarily prepared for.

“Don’t be so hard on yourself, you have time for growth and you’re going to have bumps along the way but that’s part of the process.

The students also praised Mrs Obama for being an “inspiration” to them.

“You can’t define yourself by the bumps and the mistakes that you make,” she added.

The full video meeting with the students was also broadcasted on The One Show on Thursday evening.