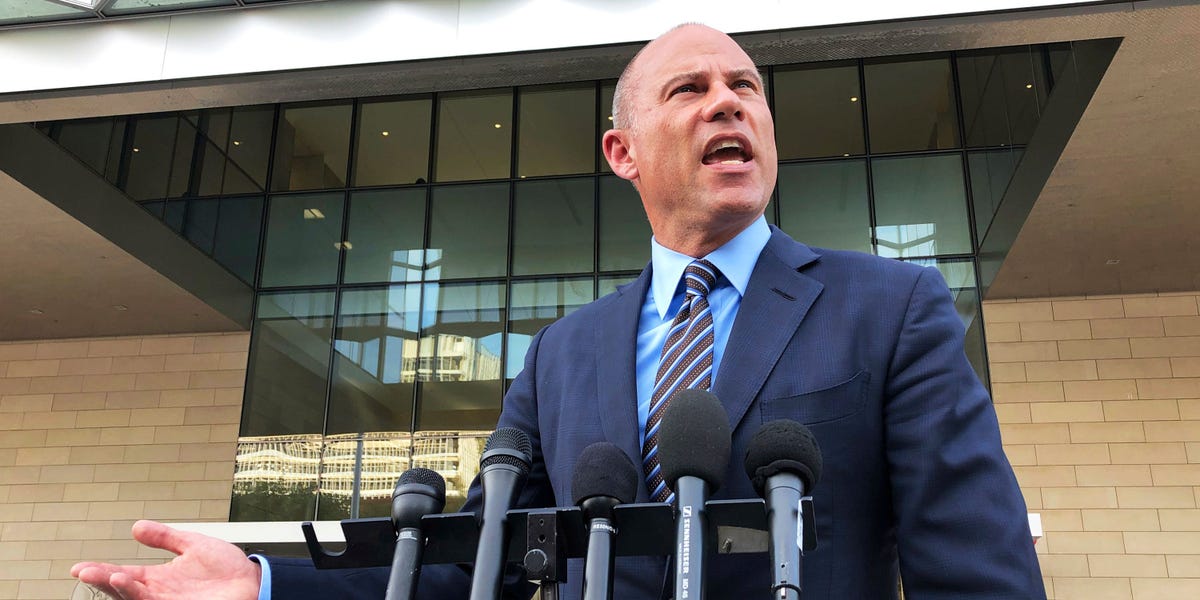 Avenatti, a former high-profile lawyer who represented adult film actress Stormy Daniels in her since-dismissed lawsuit against Donald Trump, faced a potential sentence of 83 years for embezzling millions of dollars from four different clients — including $4 million from a client with major disabilities.

The suspended attorney used his position as legal counsel to defraud his clients, and would lie to them about the amount of money they had earned in lawsuit settlements, pocketing the money for himself to fund his coffee business and race-car team. He pleaded guilty in June.

"To this day, I do not know why Michael lied and deceived me, why he broke my trust, why he broke my heart," Geoffrey Ernest Johnson, a mentally ill paraplegic man on disability who relied on Avenatti's legal services, wrote in a statement to the court, The Los Angeles Times reported.

Johnson won a $4-million settlement against Los Angeles County in a case that alleged the County had violated his constitutional rights and caused his paraplegia. But Avenatti kept the bulk of the settlement funds and lied to Johnson about it for years.

"I trusted him implicitly, I believed the things he told me, but it was all part of his plan to defraud me of my settlement," The Los Angeles Times reported Johnson wrote. "To this day, I have a hard time trusting people because of what Michael did, and I live in constant fear of being taken advantage of again, particularly given my physical disability."

Avenatti will begin his sentence after he completes a separate 5-year term he is currently serving on unrelated charges. Last year, Avenatti was sentenced to two-and-a-half years for attempting to extort up to $25 million from Nike and, earlier this year, received an additional four years for embezzling nearly $300,000 from adult film actress Stormy Daniels.
#Donald Trump  #Johnson
Add Comment