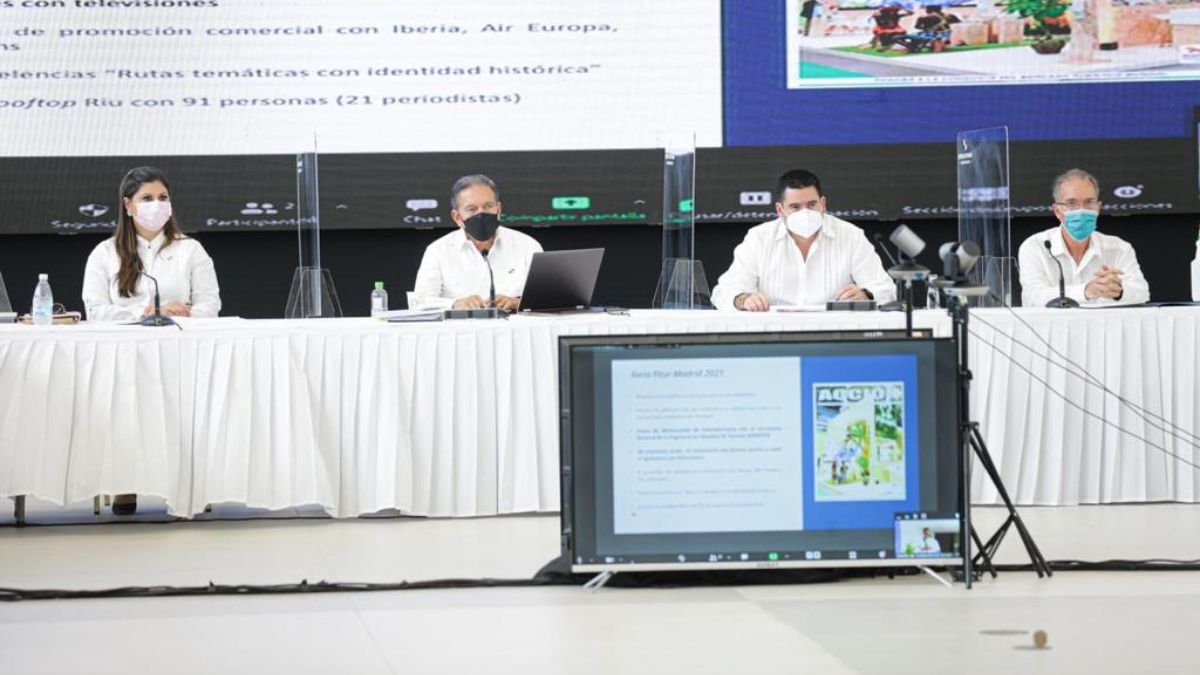 Mezquita: Whoever does not agree with the restriction of information to go and reform the Law

The Ministry of the Presidency declared as restricted access information notes from President Cortizo, Vice President Carrizo and minutes from the Cabinet.
"Whoever does not agree with the decision should go and seek to reform the Law or go to the Court to declare its unconstitutionality," the spokesman for the Presidency of the Republic of Panama, Rafael Mezquita , responded to the questions. generated by Resolution 71 of August 4, 2021, which declares as restricted access information documents of the Executive Branch.

"We are in a state of law, all citizens have the right to criticize the decision, deputies, citizens, they have every right to go to the Assembly, to international organizations to object to this decision. That is how it is in the Law. Why is it Do they make those decisions? I don't know it, but it is attached to the right of the Law, "said Mezquita, adding that in every democratic country there are information restrictions.

Mezquita indicated that during the period of former president Martín Torrijos the same practice of restricting information was carried out because "we are in a state of law."

The spokesperson refers to Law 6 of 2002, which dictates norms for transparency in public management, establishes the habeas data action, and dictates other provisions. The same in its article 14 establishes that it will be considered restricted access, when so declared by the competent official, in this case the Minister of the President and Vice President of the Republic, José Gabriel Carrizo.

Information related to national security, trade secrets or confidential business information, obtained by the State, as a result of economic activities; as well as the matters related to the process or jurisdictional carried out by the Public Ministry and the Judicial Branch, which are accessible to the parties to the process.

The law includes information that deals with investigative processes carried out by the MP, the public force, Customs, and others; information on mineral and oil deposits; the memoirs, correspondence notes and documents related to commercial or international diplomatic negotiations of any kind, and of the Cabinet Council.
Add Comment