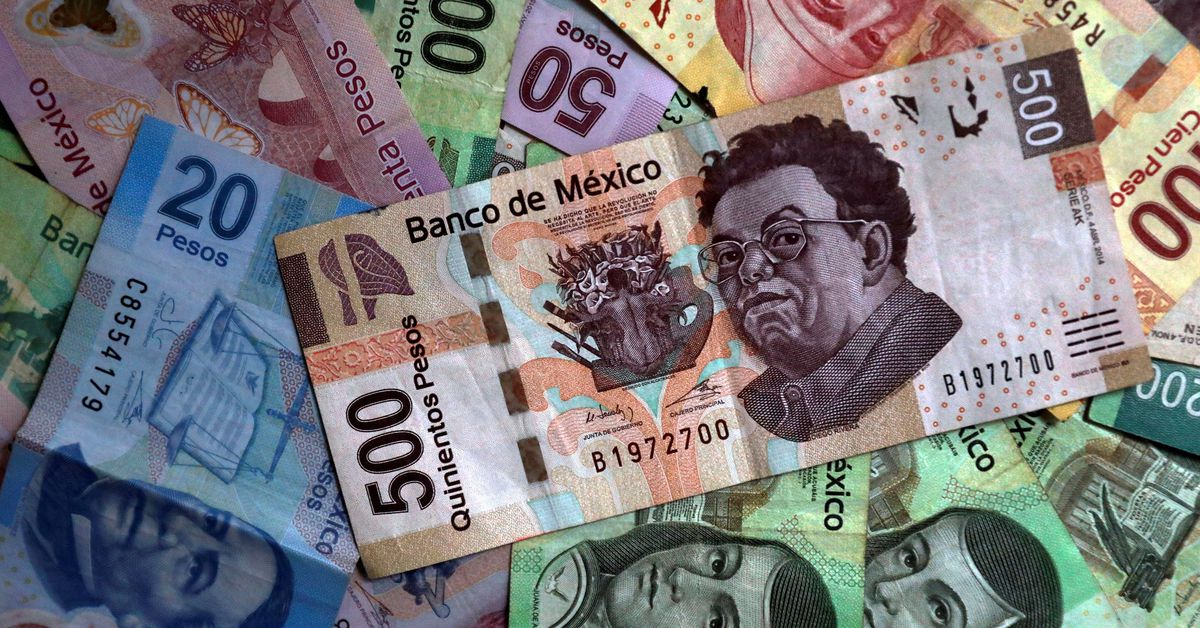 Mexico's inflation expected to hit 8.51% in first half of August: Reuters poll

Mexico's inflation likely accelerated in the first half of August, a Reuters poll showed Monday, hitting the upper end of the central bank's current forecast and reinforcing bets policymakers will again hike the key interest rate in September.
The median forecast of 14 analysts expects annual inflation to climb to 8.51% during the first half of the month, from 8.14% in the second half of July. (MXCPHI=ECI)

In its last monetary policy statement on Aug. 11, the Bank of Mexico projected annual headline inflation would peak at 8.5% during the third quarter, substantially higher than its target of 3%, plus or minus one percentage point.

Annual core inflation, which strips out some volatile food and energy prices, was forecast to reach 7.8%, the highest rate since December 2000, according to the poll. (MXCPIC=ECI)

Banxico, as the central bank is known, hiked its benchmark interest rate by three-quarters of a percentage point to a record 8.5% at its August meeting, mirroring the U.S. Federal Reserve's most recent policy decision as Mexican inflation surged to an over two-decade high.

Banxico has increased rates by a total of 450 basis points over its last 10 monetary policy meetings as it struggles to bring inflation to target.

It is scheduled to hold its next monetary policy meeting on Sept. 29.

During the first half of August, Mexican consumer prices are estimated to have increased by 0.36%, compared to the previous half-month period, with core inflation seen rising 0.34%, according to the Reuters poll. (MXCPIF=ECI), (MXCPIH=ECI)

Mexico's national statistics agency INEGI will publish consumer price data for the first half of August on Wednesday.
Add Comment