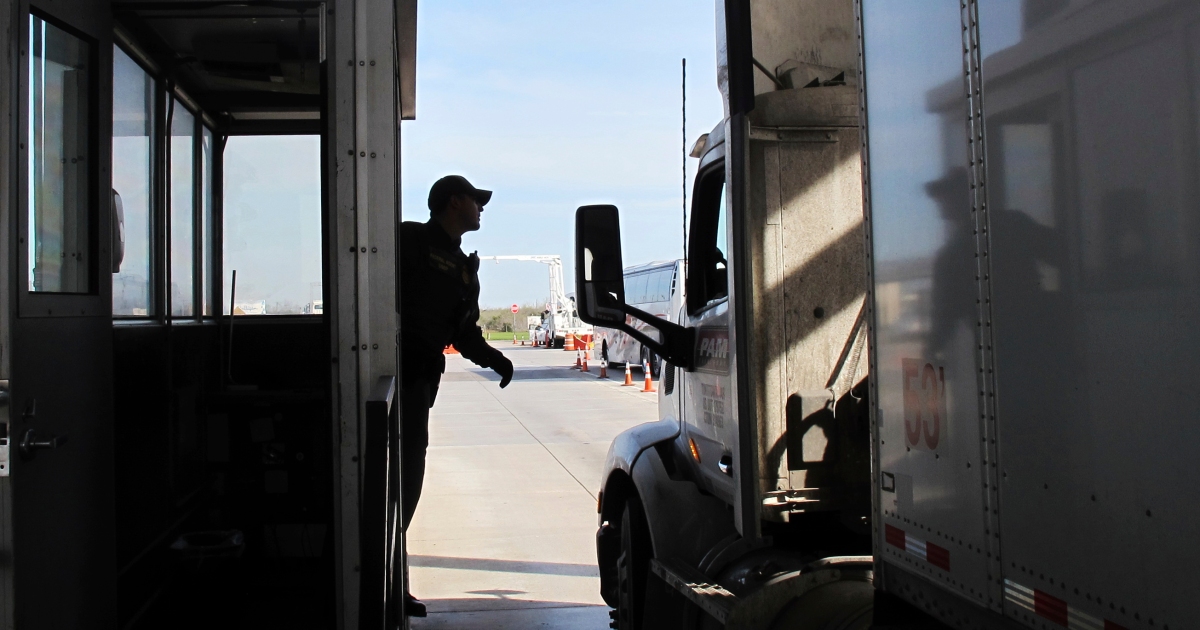 Texas upped inspections of commercial trucks entering the US in a bid to pressure Mexican states increase security.

The Mexican foreign minister has accused the governor of Texas of “extortion” following an imbroglio over long wait times for commercial trucks at the Unites States-Mexico border.

In an interview on Sunday, Marcelo Ebrard accused Texas Governor Greg Abbott of increasing state police inspections of commercial trucks entering the US from Mexico in April to pressure the governors of several Mexican states to increase security on their side of the border.

“Let me put this in quotation marks, it’s an extortion scheme, or rather it is extortion – I close the border and you have to sign whatever I say,” Ebrard was quoted as saying by news network Milenio during a visit to the state of Nuevo Leon. “That’s not a deal, a deal is when you and I are in agreement on something.”

He added, “We’re not prepared to have a governor extorting Mexico. I will never allow that.”

Abbott, a vocal critic of US President Joe Biden’s border policies, had instructed state police to increase inspections following a surge of border crossings of undocumented migrants in March.

The move by the Republican governor came as the Biden administration sought to end a public health policy that allowed border authorities to turn away most asylum seekers amid the coronavirus pandemic.

The Biden administration planned to end the controversial policy, called Title 42, by May 23, although a federal judge has since halted those plans.

The increased inspections created a massive backlog at arterial routes along the US-Mexico border in Texas, leading to protests and eventually individual agreements with the governors of the Mexican states of Nuevo Leone, Chihuahua, Coahuila and Tamaulipas.

“While President Biden ignores the ongoing crisis at the border, the State of Texas will continue to work with heads of state in Mexico to further strengthen our comprehensive border strategy,” he said.

The White House had decried Abbott’s actions, with Press Secretary Jen Psaki saying the “unnecessary and redundant inspections” caused “significant disruptions to the food and automobile supply chains, delaying manufacturing, impacting jobs, and raising prices for families in Texas and across the country”.

“With all due respect,” he added, “states have no legal authority to do agreements with a foreign country.”