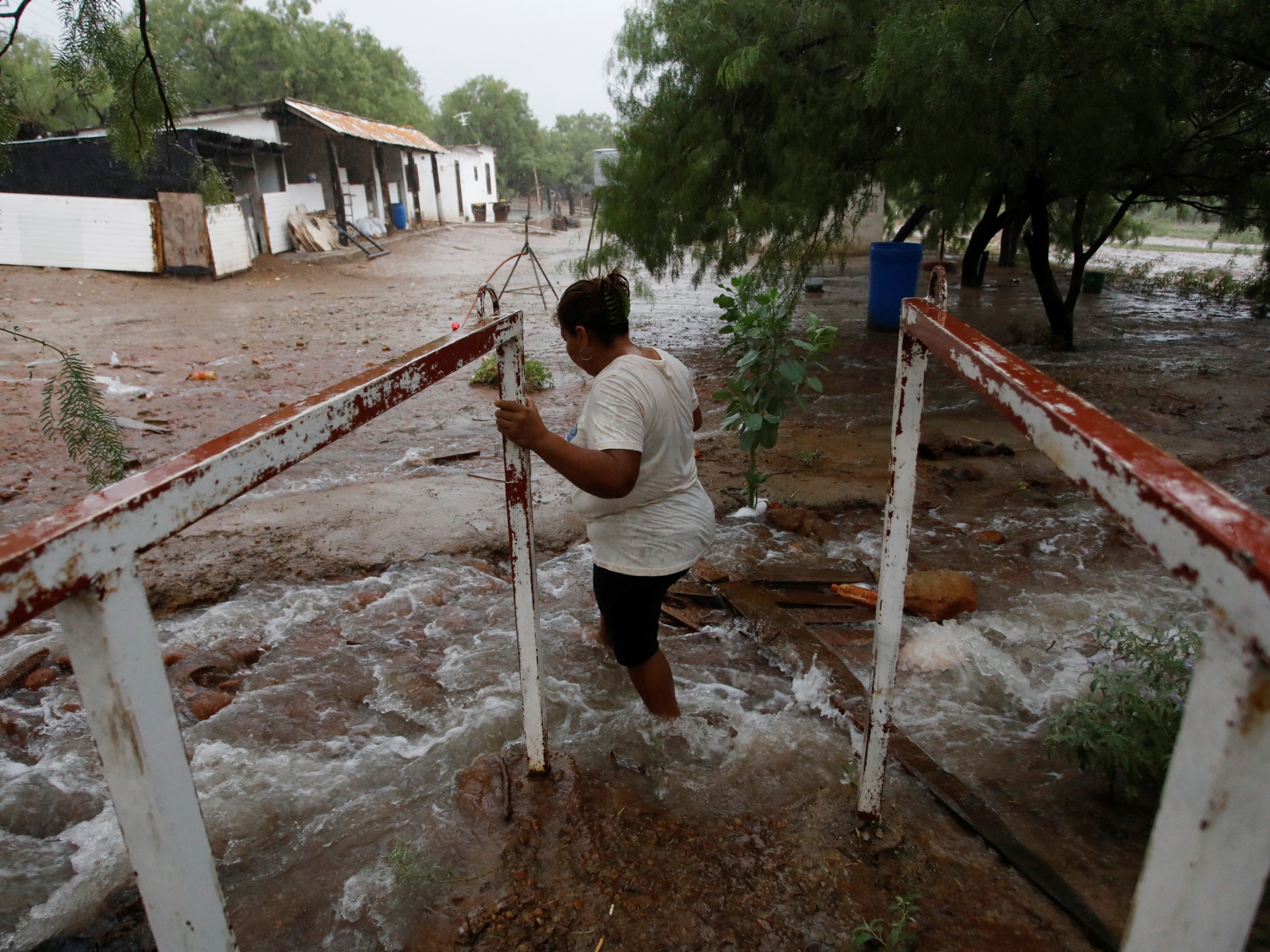 Several hundred rescuers are trying to save 10 workers trapped for days after a coal mine collapsed in northern Mexico.

Renewed flooding has complicated efforts to rescue 10 miners trapped for more than a week in a coal mine in Mexico’s northern Coahuila state, authorities said.

A sudden jump in water levels at El Pinabete mine on Monday deepened the despair of relatives, who are increasingly frustrated with the slow pace of the operation.

The water in the shaft that rescuers hope to enter was around 38 metres (125 feet) deep on Monday, compared with 1.3 metres (4.2 feet) early on Sunday, Civil Defence National Coordinator Laura Velazquez said.

A rescue team was preparing to descend into one of the mine shafts on Sunday when the water flooded back, Velazquez said during a government news conference. 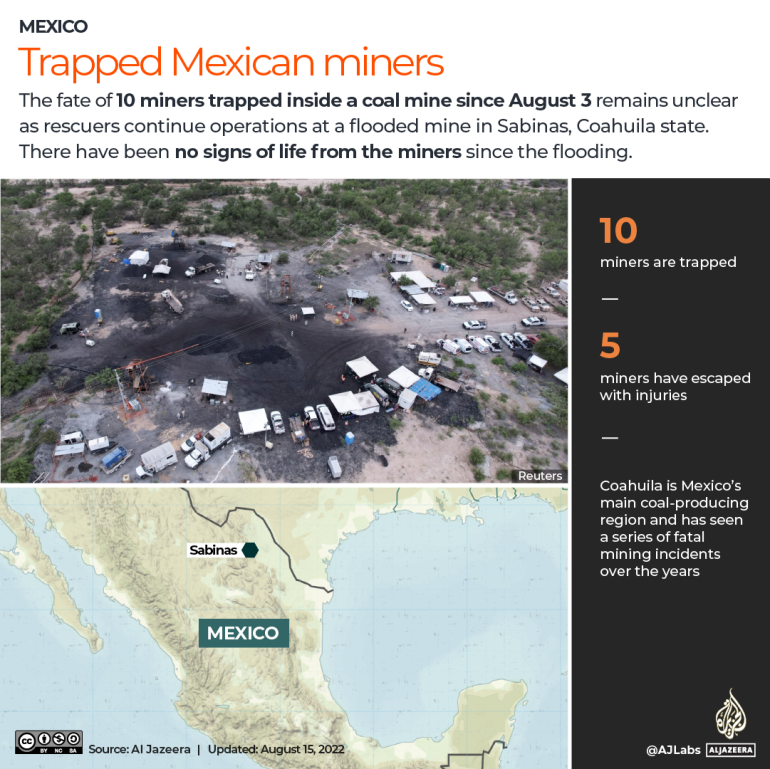 “This sudden entry forced us to stop the whole entry plan,” Velazquez told reporters, adding that a video camera lowered into the shaft revealed debris of pipes and cables floating in the “extremely murky water”.

Engineers now plan to seal off the Pinabete and Conchas Norte mines from one another while continuing to pump water out of Pinabete, she said.

The miners became confined underground at the Pinabete mine in Sabinas, in Coahuila state, on August 3 when their excavation work led a tunnel wall to collapse and unleashed flooding.

Five miners managed to escape following the initial incident, but there have been no signs of life from the others.

But relatives of the missing workers over the weekend voiced growing desperation and distrust in the handling of the rescue operation. They also called for the mine owners to be held responsible.

“This is a crime that cannot go unpunished,” Magdalena Montelongo told reporters, adding that the miners had to work in “very bad conditions”.

Maria Guadalupe Cabriales, the sister of trapped miner Margarito Cabriales, said outside the mine that the delays in the rescue effort had worn down her optimism.

“They’re going to take longer to get my brother out,” she told the Reuters news agency. “What hope do we have left?” 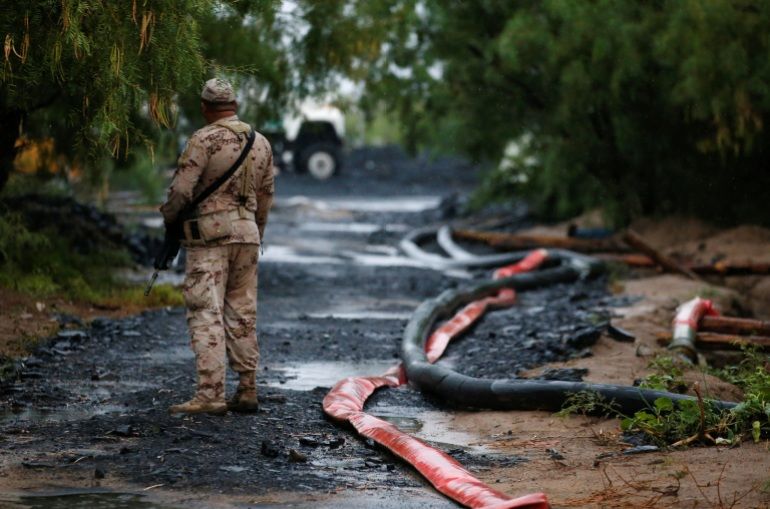 A soldier stands guard in the area of the collapsed coal mine, in Sabinas, Coahuila state, Mexico 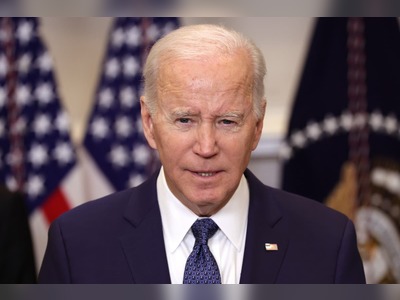