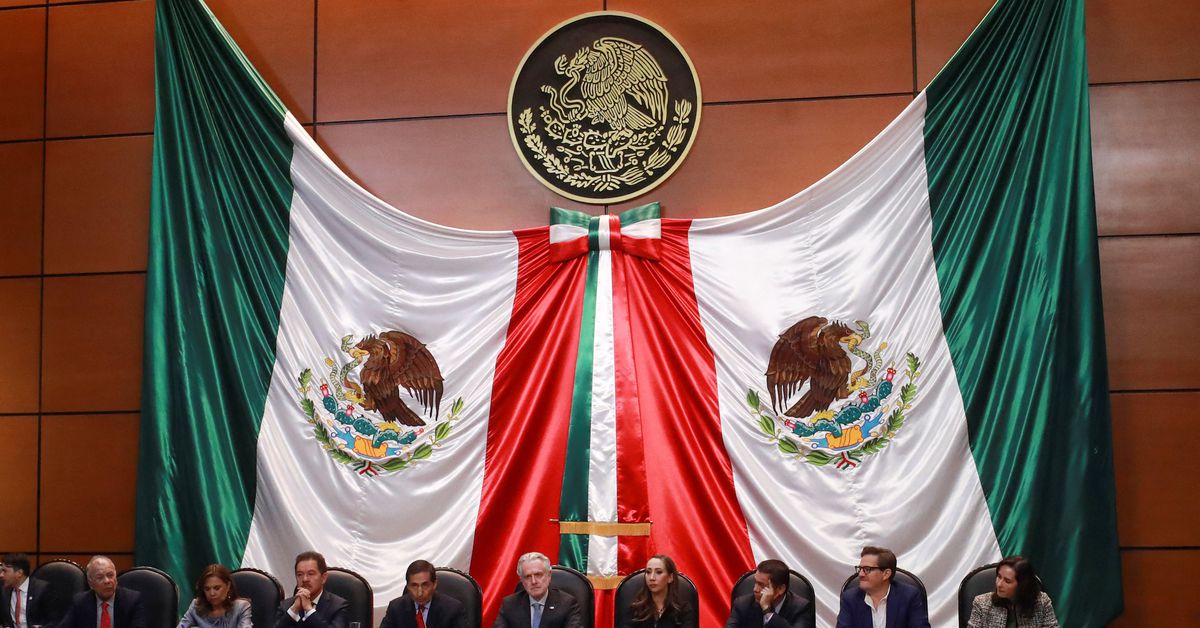 Mexican economic growth is expected to hit 3% in 2023, up from 2.4% this year, amid cooling inflation, the federal government's budget document showed on Thursday, above the Bank of Mexico's growth forecast of 1.6% for the coming year.
The budget forecast tax revenues of 4.6 trillion pesos ($231 billion) in 2023, and tight public spending, aiming to bring public debt to 49.4% of gross domestic product in 2023.

Mexico's finance minister Rogelio Ramirez de la O told Congress shortly before the document was published that the government is aiming for public debt to "remain on a stable and sustainable path."

That includes limiting the total foreign debt ceiling to $5.5 billion.

Oil output was expected to advance to an average of 1.872 million barrels per day (bpd) from some 1.835 million bpd in 2022, the figures showed.

Oil exports, however, were forecast to fall to an average of 784,000 bpd of oil in 2023, down from some 950,000 bpd this year, as the government seeks to refine more of its crude domestically to make the country more self-sufficient.

Mexico's peso currency was seen averaging 20.6 per dollar next year.

The budget forecast annual inflation would ease to 3.2% by the end of 2023, while the Bank of Mexico has predicted consumer prices will slow to around its 3% target in the first quarter of 2024.

The government also expects annual headline inflation to cool to 7.7% by December of this year, from more than 8.7% in the 12 months through August.

President Andres Manuel Lopez Obrador said on Tuesday the budget would not contain any tax increases.

The figures in the official budget were in line with a draft document seen by Reuters Wednesday.