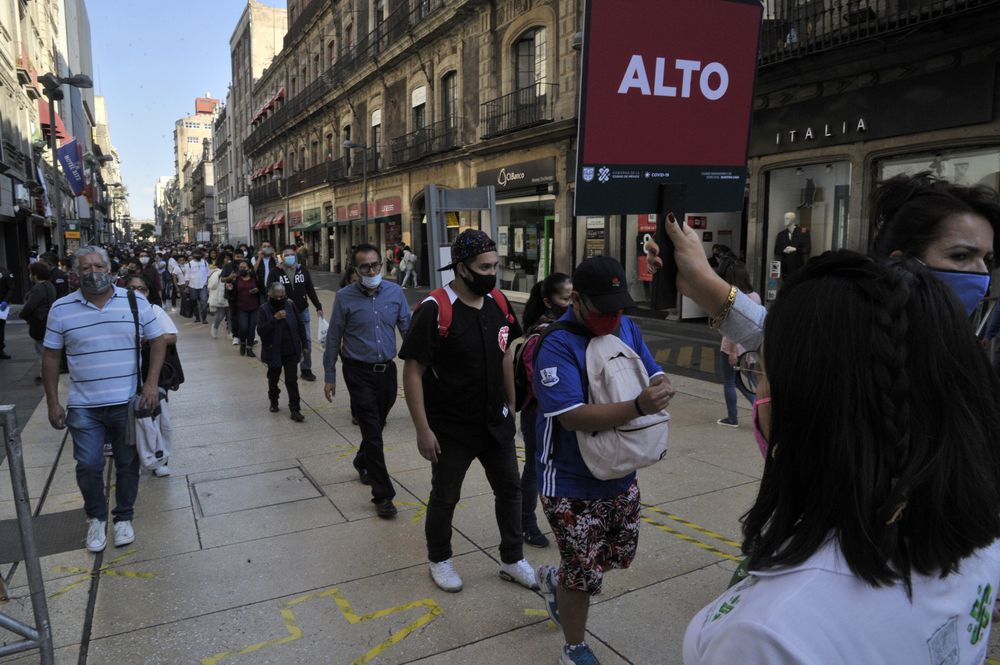 Mexico on Thursday, November 19, exceeded 100,000 deaths with Covid-19 amid an increase in infections, although the authorities say that deaths tend to decrease.
Today in Mexico we have 100,000 people who have lost their lives due to Covid-19, informed the Undersecretary of Prevention and Health Promotion, Hugo López-Gatell, at a press conference.

The country of 129 million inhabitants has accumulated 100,104 deaths and 1,019,543 confirmed cases since the pandemic reached Mexico at the end of February, said José Luis Alomía, general director of Epidemiology of the Ministry of Health.

The causes of deaths with COVID in Mexico have been dominated by chronic diseases, said López-Gatell.

Thursday's figures represent an increase in the last 24 hours of 4,472 confirmed cases and 576 deaths.

Mexico is the eleventh nation with the most deaths per 100,000 inhabitants (77), according to AFP statistics.

After forecasting 60,000 deaths in June in a "catastrophic" scenario, López-Gatell, who has served as spokesman for the government's strategy for the pandemic and has been the target of criticism, has refrained from making new projections.

For Malaquías López, epidemiologist and former official of the Ministry of Health, Mexico breaks the death forecasts at a time when experts do not identify clear phases of the rise and fall of the pandemic.

In Mexico we had an upward phase that was delayed, a prolonged plateau and we are at a point where we do not see a clear downward phase, we do not know where it is going, he explained to AFP.
#COVID-19  #Covid
Add Comment