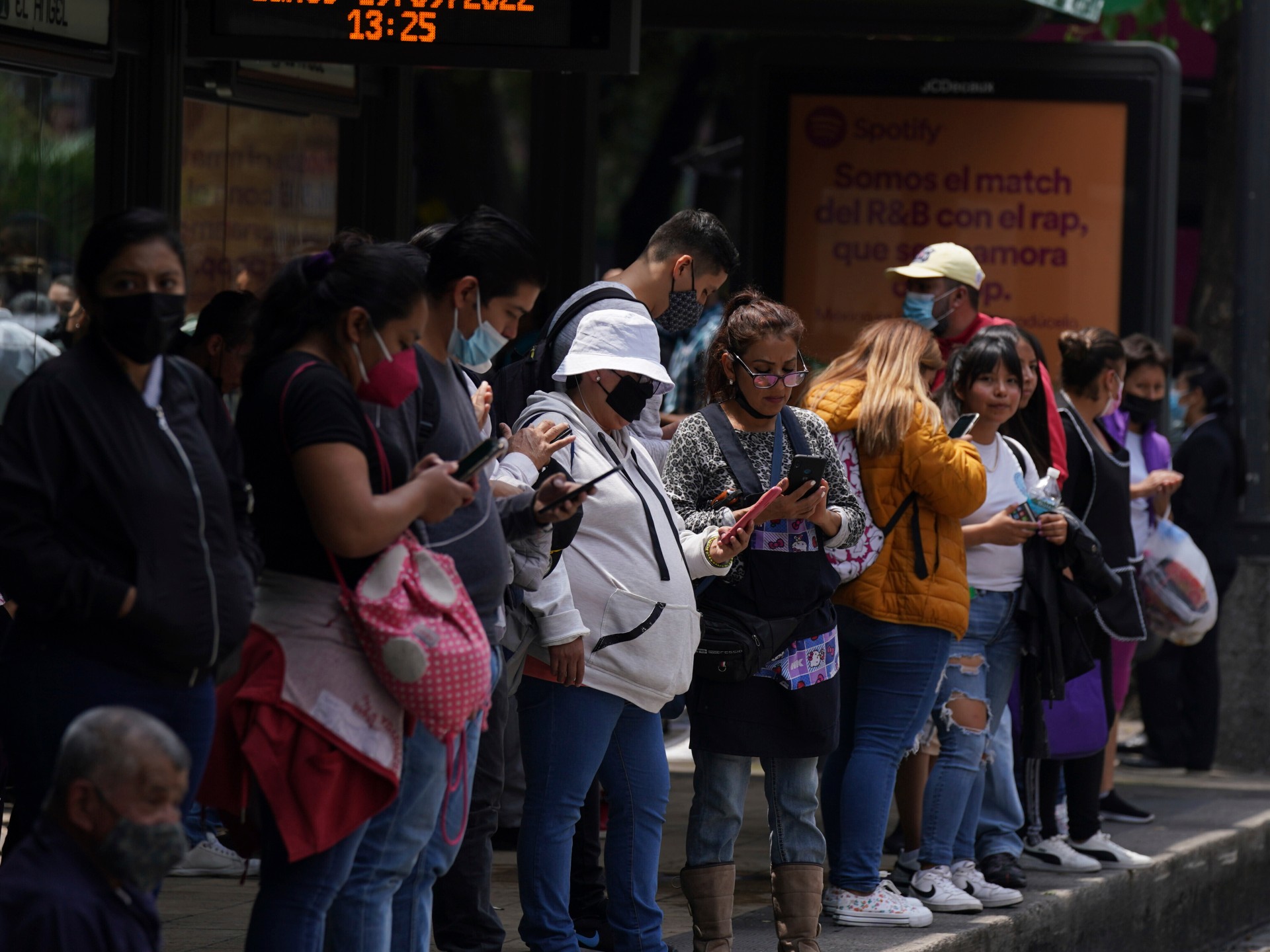 The death toll from a powerful earthquake that struck western Mexico on Monday has risen to two, a government official said, as authorities take stock of the damage from the temblor that struck on the “cursed” anniversary of two previous quakes in the country.

Laura Velazquez, the head of Mexico’s civil protection agency, said on Tuesday the two deaths in Colima were due to the partial collapse of buildings. Ten people also were injured: nine in Colima and one in neighbouring Michoacan.

More than 200 buildings were damaged, including dozens of schools and health centres, Velazquez said during a news conference.

Most of the damage was in the Pacific states of Colima and Michoacan, close to the Michoacan epicentre of the earthquake, which struck on the same date as two previous temblors that devastated Mexico in 1985 and 2017, respectively.

Approximately 20 buildings in Mexico City suffered minor damage, Velazquez said, while 692 aftershocks had been recorded since the earthquake hit, with the strongest being magnitude 5.8 on Tuesday morning.

Warning sirens for Monday afternoon’s earthquake came less than an hour after alarms warbled in a nationwide quake simulation marking the two earlier quakes that struck on the same date.

The epicentre of Monday’s earthquake was located near the Pacific coast, about 400km (250 miles) west of the capital, Mexico City, and 59km (37 miles) south of Coalcoman in the state of Michoacan, according to seismologists.

President Andres Manuel Lopez Obrador said there was material damage near the epicentre, but that it was lucky that the death toll was not higher. “It was a tremor of considerable intensity,” he said.

Mexico City Mayor Claudia Sheinbaum said there were no reports of major damage in the capital. Power was out in parts of the city, however, including at stoplights, which snarled the capital’s already notorious traffic.

Experts said there is no scientific reason for three strong earthquakes to occur on the same day and attributed it to coincidence.

“There’s no physical reason or statistical bias toward earthquakes in any given month in Mexico,” said Paul Earle, a US Geological Survey seismologist.

Translation: The earthquake in Mexico was so strong that the pools on the terraces of these buildings began to spill, as seen in this video.

Xyoli Perez-Campos, a researcher in the seismology department at the National Autonomous University of Mexico’s Geophysical Institute, also said there was no physical reason for the coincidence.

Monday’s earthquake was the result of the “interaction of the Cocos plate with the North America plate”, which also caused the 1985 earthquake, Perez-Campos said. Five plates – the North America, the Pacific, the Rivera, the Caribbean and the Cocos – all run under Mexican territory.

“The plates break when it’s their time to break,” Perez-Campos said. “What are they going to know about the calendar?”

But many in Mexico could not quite believe it.

Several people reacted to the latest earthquake by posting an array of memes online, releasing their anxiety and finding humour in the natural disaster.

“It’s really strange, but a lot of people already don’t like that day,” said Jorge Ornelas, a call centre coordinator, adding that many of his acquaintances begin to worry about an earthquake come September.

“If we keep thinking that every September 19 it’s going to shake, it’s going to continue happening every year, because what you think is always what happens,” Ornelas said.