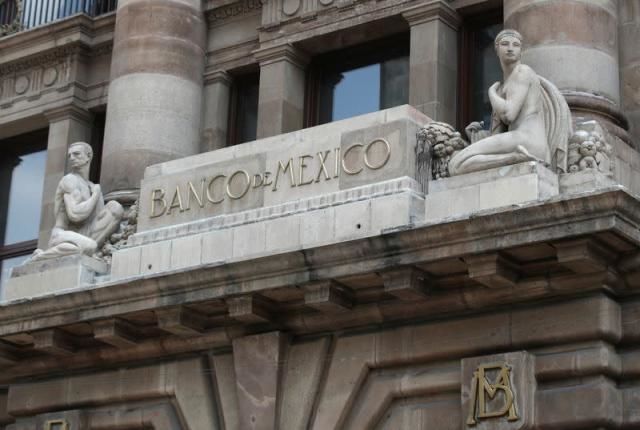 Central banks in Mexico and Colombia on Thursday accelerated their monetary policy hiking cycles to push back against inflationary pressures, even as some policymakers elsewhere in the region look to pause their rate increases.

The moves follow in the footsteps of the Federal Reserve's recent three-quarter of a percentage point increase, the U.S. central bank's third straight hike of that size.

The Mexican central bank, known as Banxico, cited "the ongoing tightening of global financial conditions and the environment of significant uncertainty" as key challenges moving forward.

Mexican policymakers have now raised rates by 525 basis points since the current hiking cycle began in June 2021, as inflation has blown past the bank's target of 3%, plus or minus one percentage point, to an over two-decade high of 8.76% in the first half of September.

Banxico said its board "will assess the magnitude of the upward adjustments in the reference rate for its next policy decisions based on the prevailing conditions."

"We anticipate Banxico will continue its policy tightening to avoid further de-anchoring of inflation expectations against a backdrop of stubbornly high inflation," said Carlos Morales, sovereign director at Fitch Ratings, who projected the policy rate will reach 10% by year end.

The Colombian central bank's board was divided on how sharply to increase the rate, with six policymakers backing the 100-basis point hike and one voting for 50 basis points.

Analysts have continually raised their inflation predictions for Colombia. If expectations in a Reuters survey are met, Colombia's annual inflation will be 11.25% in the 12 months to September, higher than the 10.84% recorded in August and nearly four times the bank's long-term 3% target.

The board of Colombia's central bank, like Banxico, said rate hikes outside the region were a factor in Thursday's decision.

"The monetary policy of developed countries has become more contractive than expected, which has been reflected in a deterioration in international financial conditions and in a significant depreciation of the peso and other currencies," the board said in a statement.

"Fears of a global recession have increased, inducing reductions in the price of raw materials," the board said.

Last week, a poll by Chile's central bank showed that traders expect the country to raise its interest rate by 50 basis points to 11.25%.

Elsewhere in Latin America, however, some policymakers have signaled they may be ready to halt their tightening cycles.

"The process of raising interest rates should be ending. What we are going to see next year is possibly interest rates going down," Brazilian Economy Minister Paulo Guedes said on Sep. 19.

In Peru, Central Bank President Julio Velarde said Wednesday that the country's benchmark interest rate "probably" does not need to rise much further, after over a year of consecutive increases amid high inflation.