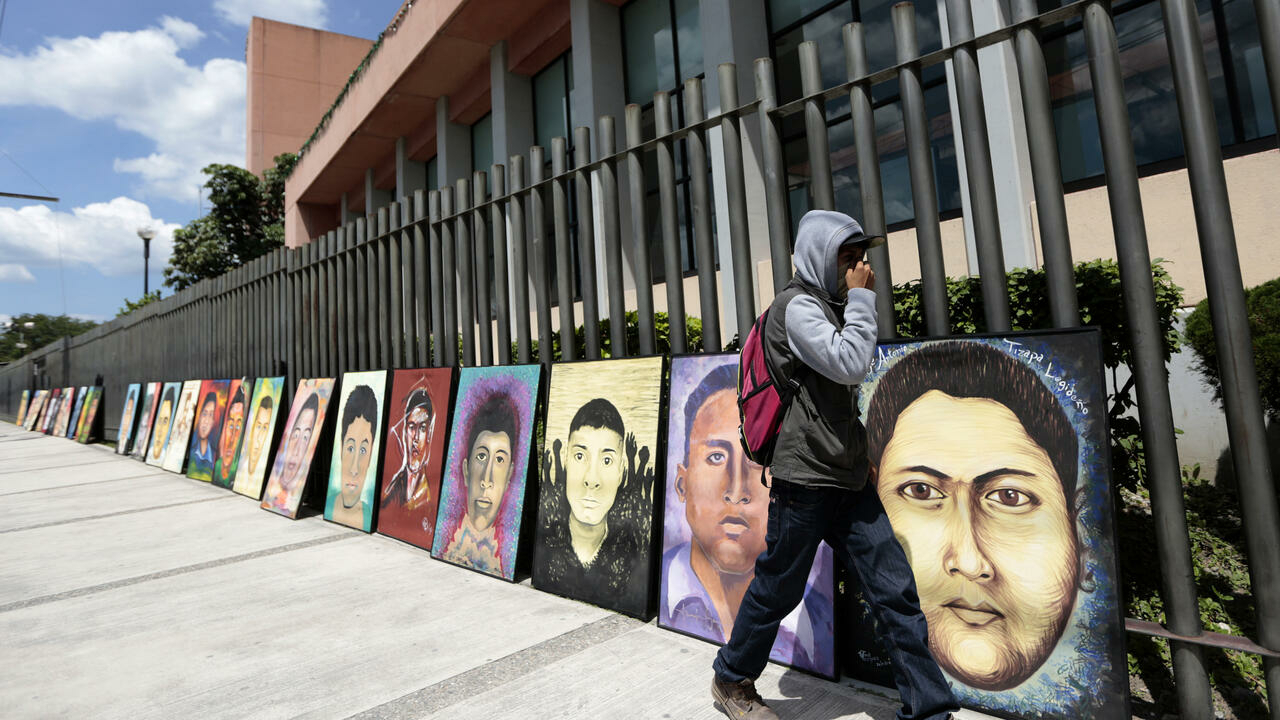 Mexico on Friday arrested a former attorney general who led a controversial investigation into the disappearance of 43 students in 2014 -- one of the country's worst human rights tragedies.

Jesus Murillo Karam is the highest-ranking official detained so far in connection with the case, which shocked the nation and generated international condemnation.

He is considered the architect of the so-called "historical truth" version of events presented in 2015 by the government of then-president Enrique Pena Nieto that was widely rejected, including by relatives.

Murillo Karam, a former heavyweight of the once-dominant Institutional Revolutionary Party (PRI), was arrested for the crimes of forced disappearance, torture and perverting justice, the attorney general's office said.

The teaching students had commandeered buses in the southern state of Guerrero to travel to a demonstration in Mexico City before they went missing.

Investigators say they were detained by corrupt police and handed over to a drug cartel which mistook them for members of a rival gang, but exactly what happened to them has been hotly disputed.

According to the official report presented in 2015, cartel members killed the students and incinerated their remains at a garbage dump.

Those conclusions were rejected by independent experts and the office of the United Nations High Commissioner for Human Rights, as well as the families.

On Thursday a truth commission investigating the atrocity branded the case a "state crime" involving agents of various institutions.

It said that military personnel bore at least partial responsibility, either directly or through negligence.

"Their actions, omissions or participation allowed the disappearance and execution of the students, as well as the murder of six other people," said the commission's head, deputy interior minister Alejandro Encinas.

Further investigations were necessary to establish the extent to which members of the armed forces participated, he said.

"An action of an institutional nature was not proven, but there was clear responsibility of members" of the armed forces, Encinas added.

The "historical truth" did not attribute any responsibility to military personnel.

President Andres Manuel Lopez Obrador said Friday that any soldiers and officials involved in the disappearance must face justice.

"Publicizing this atrocious, inhuman situation, and at the same time punishing those responsible, helps to prevent these deplorable events ever happening again" and "strengthens institutions," Lopez Obrador said.

"We said from the beginning that we were going to speak the truth, no matter how painful it was," he told reporters during a visit to the northwestern border city of Tijuana.

Lopez Obrador said in March that navy members were under investigation for allegedly tampering with evidence, notably at a garbage dump where human remains were found, including those of the only three students identified so far.

He denied an accusation by independent experts that Mexican authorities were withholding important information about the case.