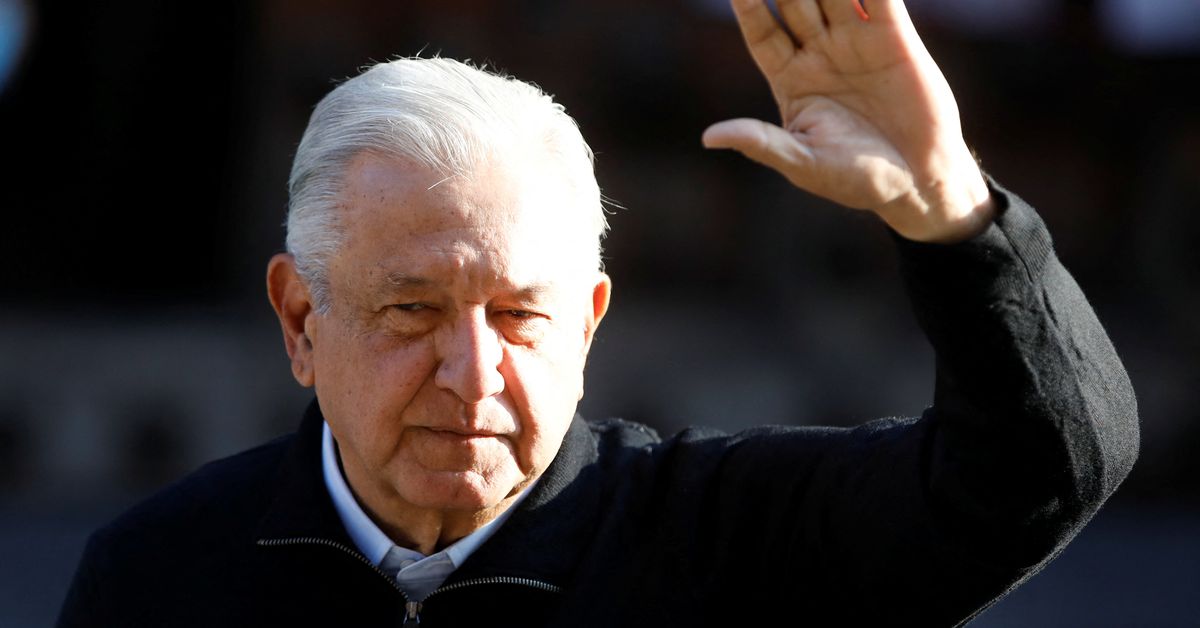 Mexican president tests political muscle with referendum on his future

Mexicans on Sunday voted on whether their president should stay in office, in an unprecedented referendum he argues is vital to confirm his democratic mandate but which the opposition casts as a costly distraction from the country's real problems.

President Andres Manuel Lopez Obrador, a pugnacious leftist who has governed since December 2018, is the architect of the first so-called recall referendum in modern Mexico, and critics and supporters alike expect him to win easily.

The vote has fueled speculation it could open the door to extending presidential term limits in a country where the head of state is allowed to serve only a single six-year period.

Lopez Obrador denies he wants to extend his term, but he has used the referendum to fire up supporters and pan the opposition, many of whose leaders have encouraged Mexicans to ignore the vote as a propaganda exercise for the president.

Opinion polls suggest turnout is likely to fall short of the 40% threshold required to make the ballot binding, although a steady flow of voters entered polling stations in Mexico City on Sunday and videos posted on social media showed officials in the president's party working hard to get the vote out.

"Democracy has to become a habit in Mexico," the president told a crowd after he left a voting booth, "so that no one forgets that the people are the ones who govern."

Lopez Obrador has said he will respect the result regardless of turnout for the plebiscite, which is also a test of his strength ahead of gubernatorial elections in June.

He has fallen short of campaign pledges to bring down violent crime and lift the economy, unsettling investors by trying to renegotiate contracts issued by past governments and tightening state control of natural resources and energy.

But his successful roll-out of welfare programs and relentless daily depiction of a political narrative in which he stars as a morally upright defender of the poor against a corrupt, wealthy elite has helped buttress his popularity.

Many Mexicans still regard the folksy Lopez Obrador as a welcome departure from previous leaders often seen as aloof from the broader population in a society that remains highly unequal.

"I want the president to continue in power," Guillermina Gomez said after voting in the central state of Tlaxcala.

The 60-year-old homemaker said the president's welfare programs had allowed her grandchildren to enroll in high school, something that had been impossible for her own children due to her household's meager income.

"Thanks to him we've received benefits that no one else has given us," she said.

Costing millions of dollars and heavily publicized in the capital, the referendum asks Mexicans if Lopez Obrador's mandate should be revoked "due to loss of trust," or whether he should conclude his term as scheduled on Sept. 30, 2024.

Two-thirds of Mexicans surveyed in a poll by newspaper El Financiero earlier this month said they wanted him to stay on.

Still, Maribel Rosas, 36, who voted for Lopez Obrador to become president, said she had cast a vote for him to be removed from office on Sunday, arguing that he was failing to help the middle class and encouraging social polarization.

"This division isn't going to get us anywhere," said Rosas, a Mexico City resident who works in advertising.

The president has accused the National Electoral Institute of trying to stymie the referendum, which it denies. He has indicated that he will blame it if voting is tepid.

Lopez Obrador was elected by a landslide in 2018, winning more than 30 million votes, easily the biggest total in Mexican history. The closer the turnout gets to that number, the more successful the referendum will be deemed, analysts say.

Polls are open between 8 a.m. (1300 GMT) and 6 p.m. local time (2300 GMT). Electoral authorities are due to publish a preliminary estimate of the result in the evening.