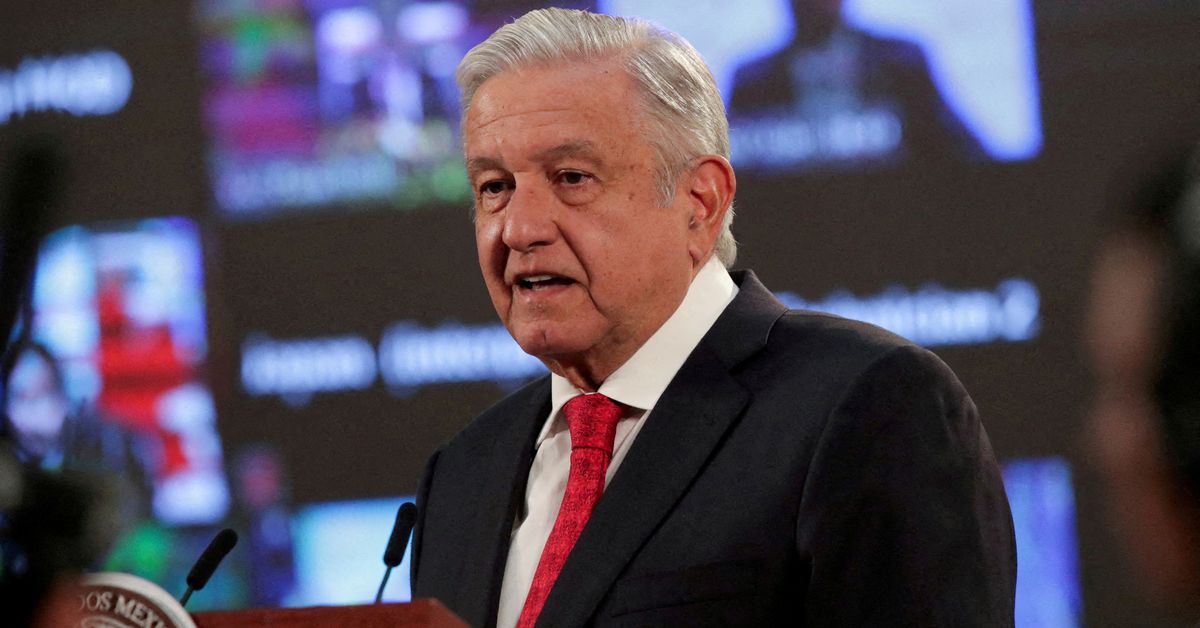 U.S. President Joe Biden will meet his Mexican counterpart on Tuesday to discuss ways to stem Mexican migrant crossings as arrests at the U.S.-Mexico border reached their highest levels in over a decade, with both sides hoping to address jobs and investment.

Mexican President Andres Manuel Lopez Obrador announced the meeting in Washington last month just ahead of the U.S.-hosted Summit of the Americas in Los Angeles, which he shunned because it excluded some left-leaning Latin American countries.

Most governments at the summit, including Mexico, signed a declaration intended to help the region regulate migrant flows, and a senior Biden administration official said the White House talks are intended to build upon those shared commitments.

The declaration did not include any U.S. pledges for additional work visas for Mexicans, and that will form part of Lopez Obrador's discussions with Biden, said two Mexican officials, speaking on condition of anonymity to share the information ahead of the official announcement.

Lopez Obrador said on July 6 there was a grave shortage of workers in the United States and that he would seek to find a fix with Biden in the interests of both countries during the visit, his second to Washington since Biden took office.

Republican lawmakers have blamed Biden for the rising migrant numbers in the run-up to U.S. mid-term elections in November, and Texas in particular has sought to take the initiative in cracking down on illegal border crossings.

Lopez Obrador on Friday slammed Texas for one of its recent crackdown measures, saying he would urge people of Mexican origin in the United States not to vote for "anti-immigrant" candidates or parties in upcoming elections.

The two leaders will also make business announcements that will spur investment and jobs in Mexico, one of the Mexican officials said.

The senior U.S. official told Reuters the talks are expected to show "some progress" on resolving problems U.S. firms have faced in Mexico's energy sector. Ken Salazar, U.S. ambassador to Mexico, said last month the two sides were working through such disputes involving over $30 billion in investment. High-level bilateral dialogue in September will focus heavily on investment, the official said.

Lopez Obrador's interior minister last month said the United States had agreed to offer 300,000 work visas, with about half for Mexicans and the rest for Central Americans.

The U.S. government has not confirmed the numbers. If accurate, they would still be far short of migrant flows currently crossing the border.

The U.S. official, speaking on condition of anonymity, said "promoting labor pathways" would be a key part of the White House discussions but declined to provide specifics.

The perils of the migration journey to the United States were shockingly exposed on June 27 when over 50 migrants died in a suffocating trailer truck found on the outskirts of San Antonio, Texas.

Francisco Diaz, whose taxi driver brother was among the Mexicans to die in the truck, said the lure of better wages was still a powerful draw for his compatriots.

"All the young people want to pursue the American dream," Diaz told Reuters at his home in the indigenous mountain town of Santa Maria Tlahuitoltepec in southern Mexico.

The higher number of arrests at the U.S. border partly reflect repeat attempts by migrants to enter the United States under a U.S. COVID-era policy that turns migrants back at the border.

It also reflects the fact that Mexico's economy, which has yet to recover to pre-pandemic levels, is struggling to create jobs while murders are running close to record totals.

"The demand in Mexico for going north has increased quickly," said Andrew Selee, President of the Migration Policy Institute, pointing to economic woes and gang violence.