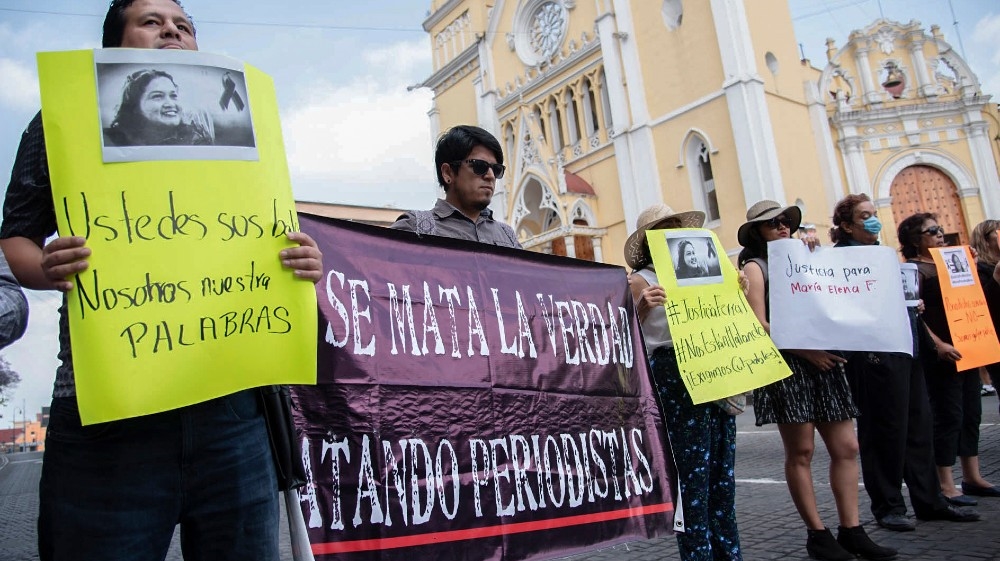 As Mexico grapples with a wave of violence against members of the press, small local outlets are especially at risk.

Three people, including a prominent local journalist, have been shot dead inside a bar in central Mexico, marking the 13th murder of a media worker this year as violence against Mexican journalists escalates.

Guanajuato Governor Diego Rodriguez Vallejo condemned the Tuesday night killing of Ernesto Mendez, the director of the local outlet Tu Voz, or Your Voice, after a group of gunmen stormed the bar, which Mendez also owned in the town of San Luis de la Paz.

Mendez had also worked at the news site Zona Franca several years ago, according to its director Carmen Martinez.

The journalist had previously received threats, according to human rights organisation Article 19.

“It wasn’t just the owner of the establishment who was killed but sadly others were as well,” Luis Gerardo Sanchez, the mayor of the town told a news conference on Wednesday.

The attack also left one person seriously wounded, he added. The other victims were not named.

It is not known whether Mendez was enrolled in the Mexican government’s protection programme for journalists and human rights defenders, the Associated Press news agency reported.

Journalists involved with small news organisations in Mexico’s interior have become easy targets, and small town officials and politicians are often suspects, along with organised crime.

The killing of Mendez took place about one month after 47-year-old Antonio de la Cruz, a reporter for the regional newspaper Expreso, was shot and killed outside his home in Ciudad Victoria in northeastern Mexico.

De la Cruz was the 12th Mexican journalist killed since the start of the year, making 2022 the deadliest year on record for Mexican reporters.

Two Mexican journalists, Yessenia Mollinedo and Sheila Johana Garcia, were murdered in the state of Veracruz in May, and more than 150 journalists have been killed since 2000.

Amid the spate of violent attacks, Mexican President Andres Manuel Lopez Obrador has been criticised for not doing enough to protect journalists, and for his own combative relationship with the media.

The group Reporters Without Borders said that Obrador had not “undertaken the necessary reforms to stop the spiral of violence against the press”.

Mexico is the most dangerous country for reporters outside of war zones.

While a government programme has been set up to protect journalists, press freedom groups say that it is insufficient.