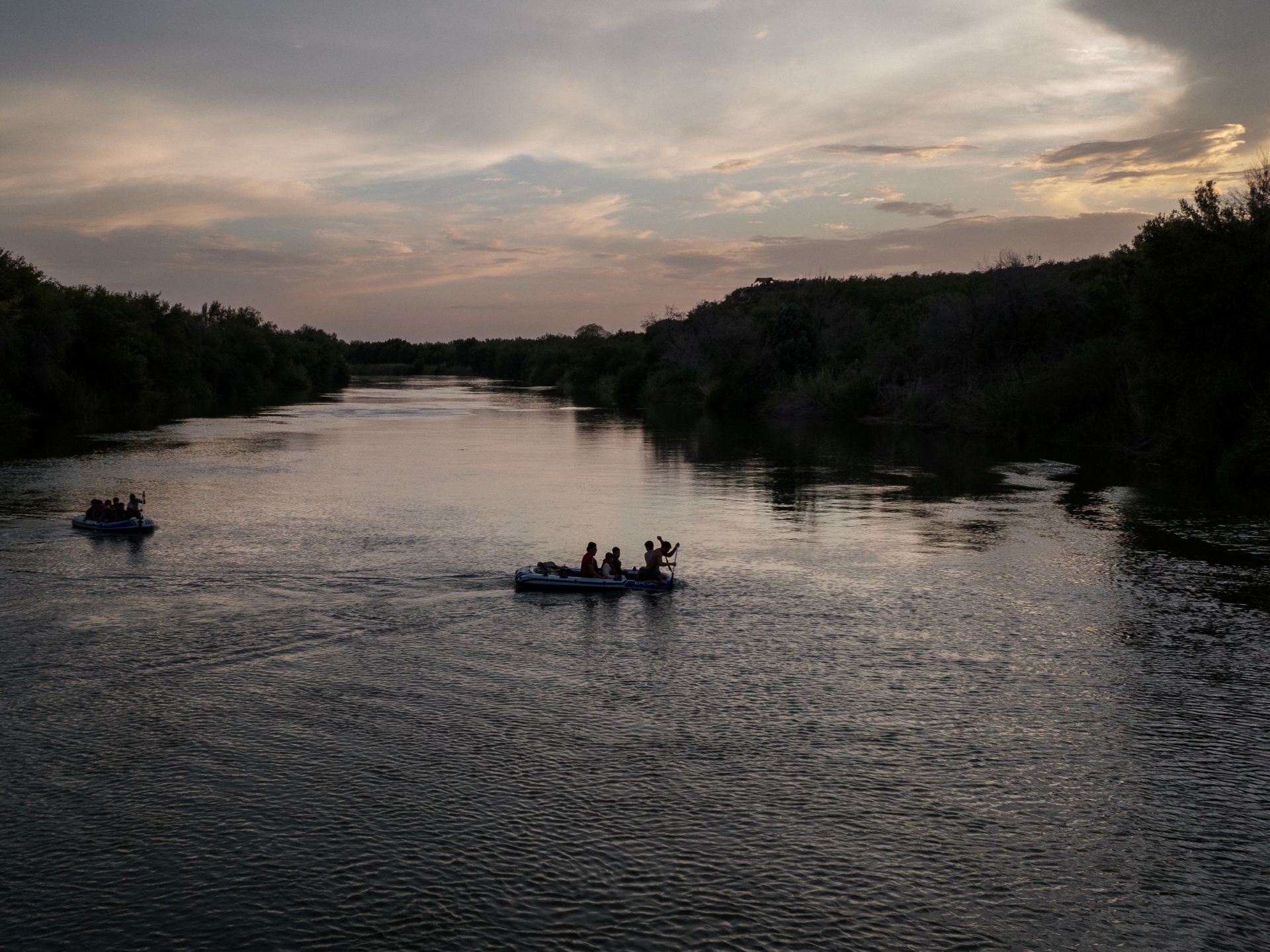 Misinformation spread via Facebook and WhatsApp has contributed to the migrant influx at the US-Mexico border.

After fleeing Guatemala, Joaquin arrived in Texas inside the back of a tractor-trailer, just days before 53 migrants died of heat and dehydration in similar circumstances in San Antonio.

Joaquin, who was trucked from the Mexican city of Camargo to Rio Grande, Texas in the United States, said he found the man who smuggled him through a large WhatsApp group for migrants. A friend in Guatemala had added him to the group.

“You would get all the information you needed about immigration policies or which border was better to get across [into the US],” Joaquin told Al Jazeera, speaking on condition that his last name be withheld. “We really thought that it was going to be easy, because someone shared on a Facebook page that [US President Joe] Biden was letting everyone from Guatemala in.”

After the San Antonio tragedy in June, news emerged that many of the victims had also used WhatsApp to contact a smuggling ring with ties to a Mexican drug cartel, paying thousands of dollars apiece to embark on the journey. Joaquin believes it might have been the same group that brought him across the border: “I was in a very similar trailer on the exact same road days before.”

Many migrants rely on WhatsApp and Facebook for news about the latest US immigration policies. They can freely access both since parent company Meta in 2015 began rolling out plans to allow mobile phone users in Latin American countries to connect to basic internet services at no cost.

But this push for free internet connectivity is also fuelling the massive flow of migrants towards the US-Mexico border – and the business of human smugglers who profit from these potentially deadly treks.

“Facebook’s rapid expansion in Latin America … and its struggles to remove dangerous content have been a boon to human smugglers,” noted a report last year from the Tech Transparency Project watchdog group.

Each year, US authorities encounter hundreds of thousands of migrants at the country’s southern border, some of whom are travelling based on misinformation about American border policies. The lack of proper enforcement action against illegal activities on Meta’s platforms, coupled with the ubiquity of its services in Latin America, have contributed to this influx, experts say.

“Facebook services are facilitating not only the advertising for smugglers, but also boosting their reach,” Nilda Garcia, a political scientist at Texas A&M International University, told Al Jazeera. “Smugglers used to advertise using word of mouth, reaching small groups of people – but now their reach is global and unlimited.”

In downtown Ciudad Juarez, a Mexican border city known as a connection hub for migrants and smugglers, Al Jazeera met with a smuggler who agreed to speak on condition of anonymity, for fear of retaliation from his cartel bosses. He lauded Meta’s expansion in Latin America, saying that WhatsApp and Facebook had “opened the market” to places he was unable to reach before.

“It’s great for us. We don’t have to spend money on long-distance calls to Central America anymore; that’s the first win,” he said. “Second of all, we are reaching people from Africa, Afghanistan – even from Russia lately, and all thanks to WhatsApp and Facebook.”

A spokesperson for Facebook told Al Jazeera that the company prohibits any content that offers to “provide or facilitate” human smuggling.

“We rely on people and technology to remove this content, and work with NGOs and other stakeholders to combat ways our platform may be used by those who want to harm people,” the spokesperson noted in an email. “We are constantly evaluating ways to improve our enforcement so we can most effectively find and remove content that breaks our rules.”

But migrant advocates maintain that more action is needed, especially as misinformation continues to spread on such platforms. In some cases, smugglers deliberately circulate false messages telling migrants that they will be allowed to cross the US border on specific dates.

And although a White House spokesperson in February 2021 tried to discourage the migrant influx, saying “the vast majority of people will be turned away”, the number of migrants arriving at the border has continued to increase steadily, with border agents carrying out more than one million expulsions and deportations last year, according to the American Immigration Council.

“There is such a need for information that people rely on what they have available; in this case, what they get on Facebook or through WhatsApp,” Katie Paul, director of the Tech Transparency Project, told Al Jazeera.

Joaquin said he feels the risks of migration have increased because of the proliferation of free messaging apps: “Before, at least you could see the face of your smuggler. But now, you only get messages from who knows who.”

Having resettled in the northern US, Joaquin is now helping his young nephew from Guatemala to make the journey. “I tell my nephew, you only need to make sure of one thing: Keep your cellphone battery charged.”