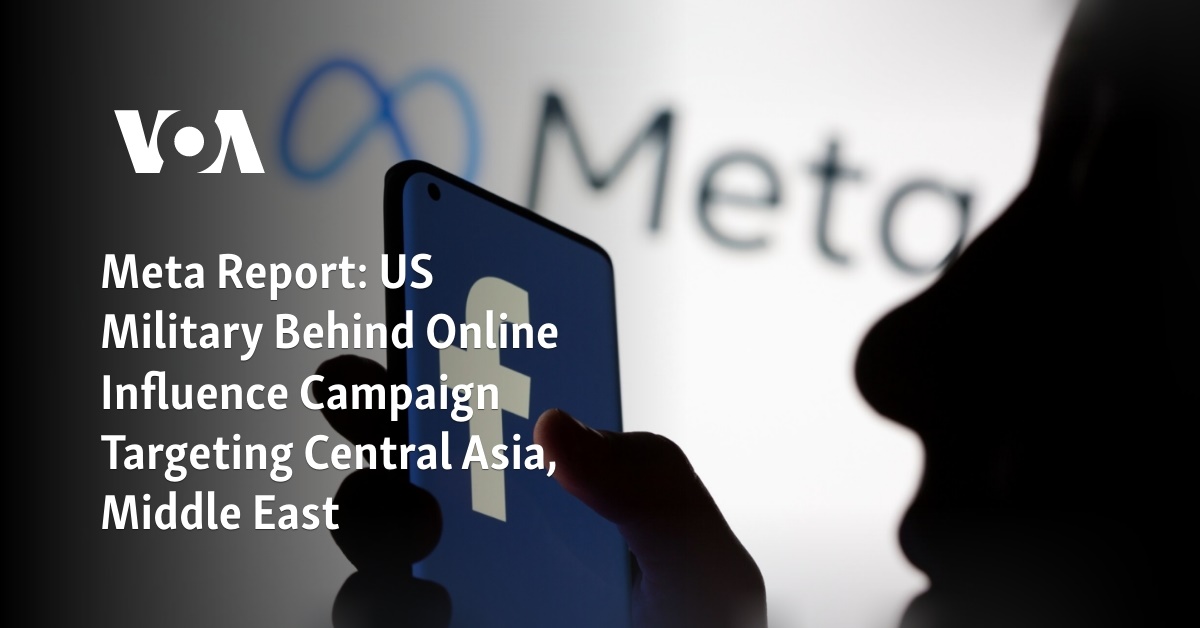 Facebook parent company said people behind the operation 'attempted to conceal their identities,' but its probe found 'links to individuals associated with US military'
People associated with the U.S. military created fake accounts on more than seven internet services as part of a "coordinated inauthentic" influence operation targeting people in Central Asia and the Middle East, according to Meta, the parent of Facebook, Instagram and WhatsApp, in its report out this week.

Although the people behind the operation "attempted to conceal their identities and coordination," Meta said, its investigation "found links to individuals associated with the U.S. military."

A spokesperson with the U.S. Department of Defense said Thursday that it "is aware of the report published by Meta. At this time, we do not have any further comments on the report or potential actions that may be taken by the Department as a result of the report."

Meta's report adds more credence to the theory that the U.S. military was behind the operation, first reported in August by researchers at Graphika and the Stanford Internet Observatory.

The August report shed light on what was believed to be the first time Facebook and Twitter reported a pro-U.S. operation using methods — including fake personas and coordinated memes — that countries such as Russia and Iran employ to sow disinformation in the U.S. and elsewhere.

In its report, Meta said it had taken down 39 Facebook and 26 Instagram accounts that were part of a coordinated campaign focused on countries such as Afghanistan, Algeria, Iran, Iraq, Kazakhstan, Kyrgyzstan, Russia, Somalia, Syria, Tajikistan, Uzbekistan and Yemen. The campaign operated not only on Meta's Facebook and Instagram but also on YouTube, Telegram, Russia social media site VKontakte, and Odnoklassniki, a social media site based in Russia and used in former Soviet states.

The fake accounts, which posted on themes such as sports or culture, emphasized cooperation with the U.S. and criticized Iran, China and Russia, Meta said. The postings, mostly made during U.S. East Coast business hours, were primarily in Arabic, Farsi and Russian. They praised the U.S. military and included COVID-19 content, which Meta removed for "violating our misinformation policy."

Facebook's automated system detected and disabled some of the posts, the firm said. The campaign's overall impact did not appear to catch on in local communities. "The majority of this operation's posts had little to no engagement from authentic communities," Meta said.

After the initial revelations about the operation, the Pentagon launched a review of its clandestine psychological operations, according to The Washington Post.
#Afghanistan  #Facebook  #COVID-19  #Covid

Brad 74 days ago
The US Government is behind all internet attacks and banking scam cryptocurrencies theft.
The US government wants to control the money supply they make up daily lies and false flag scams to keep the population around the world dumbed down with 24/7 gaslighting never ending B.S
View all comments (1)Add comment