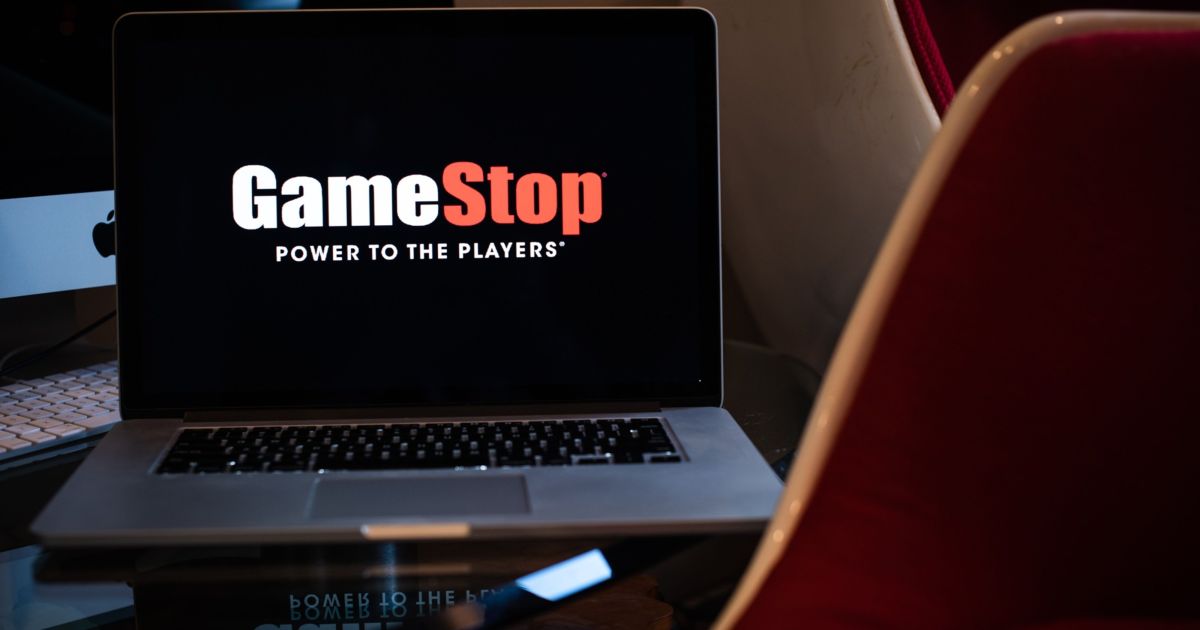 Meme stock GameStop is getting into the NFT business

Shares of GameStop soared on news that the firm is launching a non-fungible token (NFT) marketplace.

It was just a matter of time before the turbocharged worlds of meme-stock and crypto trading collided in a burst of speculative frenzy.

News late Thursday that GameStop Corp., which became emblematic of 2021’s turbulent year of retail investing, is getting into the business of non-fungible tokens sent the stock soaring more than 20% after hours before giving back some ground. The shares were up about 6% at $138.50 as of 10:45 a.m. Friday in New York. The jump followed a sharp retreat since late November.

NFTs emerged as the hottest commodity of the crypto universe last year as prices for some digital artworks spiraled into the millions of dollars and celebrities and athletes flocked to the asset class. GameStop’s flirtation with crypto follows that of fellow Reddit-crowd darling AMC Entertainment Holdings Inc., which announced in November that it’s contemplating issuing its own cryptocurrency.

Getting into the NFT trade would mark the latest pivot for Chairman Ryan Cohen, whose push to reinvent the brick-and-mortar video games seller into a digital-first retailer sparked a fervor for the stock last year, triggering large losses for hedge funds who were short the shares. 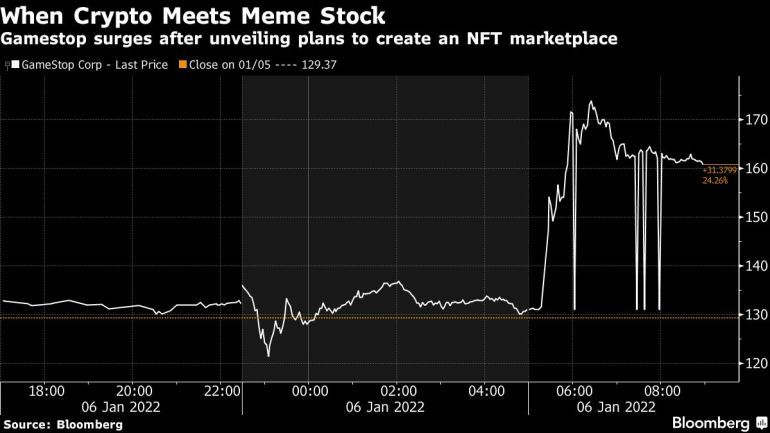 “The market loves the decision, the struggling company has bought some time by dangling NFTs in front of investors,” said Tokyo-based games industry analyst Serkan Toto. “However, I am very skeptical if GameStop can make it on its own. The company definitely needs partners to compete with the likes of OpenSea and get video game companies to cooperate.”

GameStop’s NFT strategy, first reported by the Wall Street Journal, involves talks with crypto and blockchain operators about what tokens would be accepted on its marketplace as well as the setup of potential funds, each of up to $100 million, to invest in NFT content creators and game studios.

The largest market for NFTs, OpenSea, was valued at $13.3 billion this week in its latest fundraising round. It saw an explosion in sales last year, with monthly volume peaking at $3.4 billion in August, up from $96.7 million in February, according to Dune Analytics. The company makes money by taking a 2.5% cut of every transaction.

Following OpenSea’s success, a slew of other NFT marketplaces have sprung up in recent months, hoping to attract users. GameStop already has a stable of millions of loyal gamer fans whom it can direct into its own marketplace.

The stock-boosting power of crypto was on display earlier this week when Square Enix Holdings Co. shares jumped 7.5% after its president’s new-year letter set out plans to develop metaverse, blockchain and NFT-based incentives for players. That also illustrated the contrast between the market and public reaction as the developer, whose titles include the iconic Final Fantasy franchise, was roundly lambasted by gamers and industry observers for its monetization efforts.