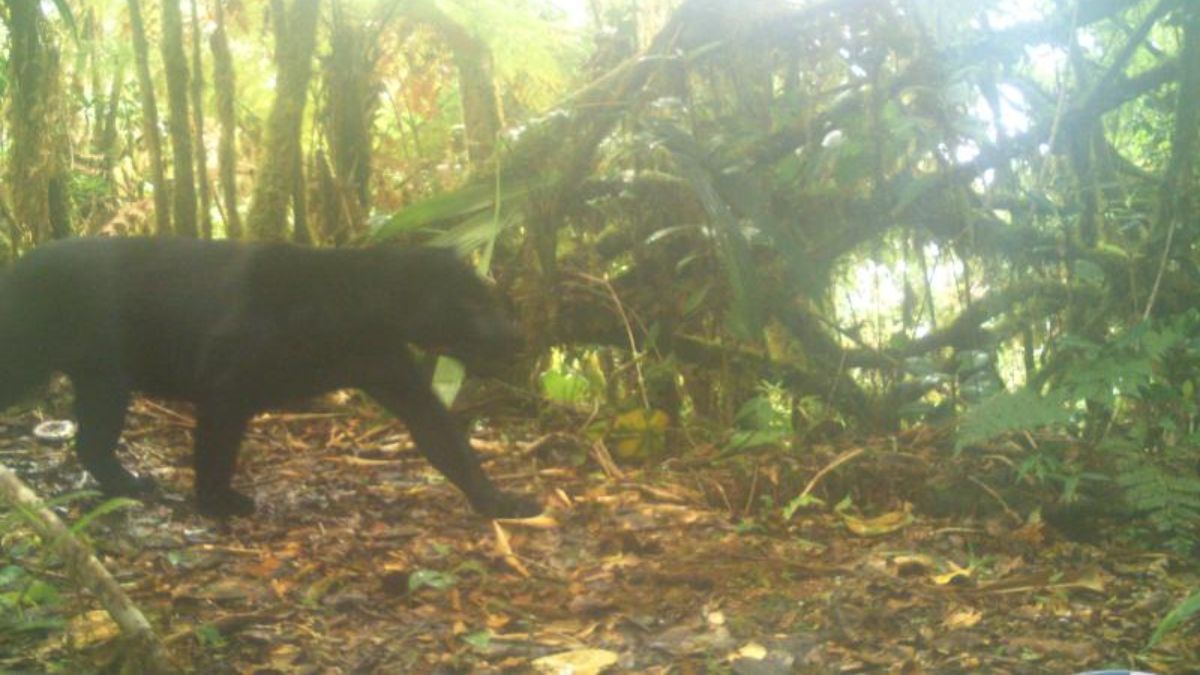 The melanic jaguar was captured by a photograph, thanks to the ten camera traps placed in the La Amistad International Park.

“This is not very common in this type of feline, we had no record of it; we hope to have more photos or videos of this animal, when we review the rest of the cameras,” said Delvis Mojica, head of La Amistad International Park.

Melanin is a pigment located in the skin, hair and eyes, and determines the coloration of individuals.

The melanic jaguar is characterized by having a dark coat, due to pigmentation due to excess melanin in the hair, a circumstance caused by the expression of a gene.

The biologist Betzaida Samudio confirmed that when closely observed, the melanic jaguar, the dark spots characteristic of the species can be appreciated; This distinction also has the function of camouflage, warning, recognition and choice of the partner.

Since February 2019, the Ministry of the Environment (MiAmbiente), through the financing of the Ecological Trust of Panama (FIDECO) with funds administered by the Fundación Natura, works with camera traps in protected areas.

The use of camera traps is a method that has been used in Panama since 1994 and has been applied to obtain information on biodiversity, abundance, density and / or presence and absence of species.
Add Comment