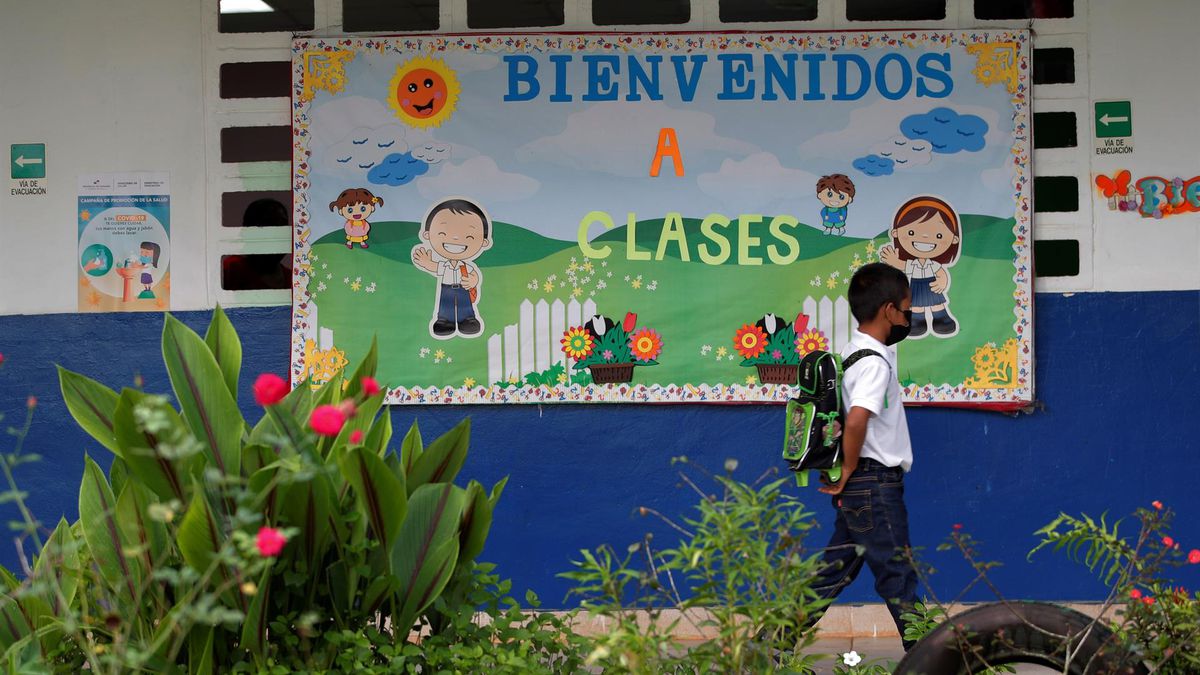 Meduca plans to return to face-to-face classes for March 7, 2022

The Minister of Meduca indicated that 92% of teachers and administrators are vaccinated and 51% of students of vaccinable age have both doses.

The Minister of Education of Panama ( Meduca ), Maruja Gorday de Villalobos revealed to Telemetro Reporta that they plan to return to classes in person on March 7, 2022.

"We are planning for March 7, once the carnival festivities are over," revealed Gorday de Villalobos.

The minister also indicated that there are 2,360 blended schools currently operating, between private and public schools, and noted that at this time they are in an accelerated and massive opening of educational centers. The goal is for 80% of schools to be open by the end of October.

Regarding vaccinated teachers, the head of Meduca said that in conjunction with the AIG information is being crossed and among the statistics it manages is that 92% of the teaching and administrative staff are vaccinated, while the percentage of students It is 51% vaccinated with 2 doses of a total of 307 thousand students who are between the ages of 12 and 17.

"There are more vaccinated students in rural areas and this is related to open centers ... West Panama has been the model where there are 70% of open educational centers," said the minister.

By 2022 the minister stressed that her goal is to start with 100% of the educational centers in the 3,106 existing official schools, she also noted that there are already 60% of these schools suitable for returning to classes and although there are schools in which They have faced delays in deliveries due to the constructions that are being carried out, Gorday de Villalobos pointed out that spaces will be sought for students to be cared for.

Regarding the migration of students from the private system to the public, the head of Meduca reported that they handle that some 14,300 have emigrated to the official system and expect more migrations given the difficult economic situation that the COVD-19 pandemic has left in Panamanian homes.

Gorday de Villalobos also referred to the uniforms and pointed out that at the moment this is not an impediment for students to go to classes, however he indicated that in the future the situation is being discussed with parents and within two meetings they will be will decide on whether it will be mandatory or not. The minister indicated that in the Comarcas area, the students are wearing their uniforms in view of the fact that the Government provided them and, apparently, Gorday is more economical for the families.

About 7 universities are expected to return to classes next week

The head of Meduca also referred to the situation of the universities in Panama and their return to main classes and added that she has accompanied the rectors in their councils to learn about the planning of their activities, highlighting that for next week she has the knowledge that seven universities will return to the face-to-face mode.

Gorday de Villalobos expressed that he understands that university centers that offer health careers and with laboratories have the need to return to face-to-face classes.

Regarding the migration of students, the minister indicated that statistics indicate that between 10% and 15% of university students have migrated from private centers to official ones.
Add Comment