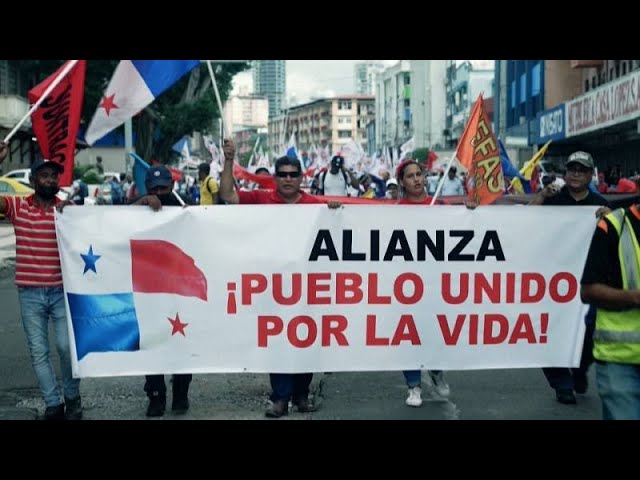 A Maryland church group leader said 17 kids and several chaperones came to Panama’s southwest coast July 7 to volunteer building a school in the mountains.
A youth mission group from two Maryland churches is “safe” and headed home from Panama, a spokesman said Saturday, a day after a chaperone said about two dozen people were stuck at an oceanside compound amid protests that have shut down major roads in the country.

“The mission group was able to make it through the protest blockade during a brief window early this morning and are now safe at a secure location where they are making flight arrangements to travel home,” Evan Knott, director of communications for the Chesapeake Conference of Seventh-day Adventists, wrote in an email Saturday morning.

Lisa Shepard, a chaperone from Jessup, said 17 preteens and teens as well as several young and older adult chaperones had come to Las Lajas, on the southwest coast near the Costa Rican border, on July 7 as volunteers to build a school in the mountains nearby.

For the past week, thousands of Panamanians have been marching in the capital and in cities across the country to express their anger over skyrocketing fuel prices, the Associated Press reported. Members of Indigenous groups from the area where the church groups are stuck are among the country’s most impoverished people, and they joined protesting teachers and workers from Panama’s powerful construction industry as the unrest grew. Protesters blocked the Pan-American Highway, the AP said, and some buses that tried to cross roadblocks were damaged by protesters.

Shepard, who works for a children’s hospital, said the driver who was supposed to take the youth to and from volunteering each day had been stuck on the roadside by the blockade for a week. The group was fearful, Shepard said, though there have been no reports of injuries, according to the AP.

Church volunteers have been going to the area to work with Indigenous groups for nearly a decade, Shepard said, though the coronavirus pandemic had interrupted the trips the past couple of years.

A notice dated Thursday on the U.S. State Department’s website warns of protests in Panama and recommends that visitors “exercise caution near any large gatherings or protests and maintain situational awareness.”

“Unfortunately, protests and road blockages are a part of life in Panama,” the warning states. “There may be demonstrations to protest internal Panamanian issues or, more rarely, manifestations of anti-U.S. sentiment. While most demonstrations are nonviolent, the Panamanian National Police have used tear gas and/or riot control munitions in response to demonstrations, particularly when roadways are blocked or aggression is used against the police.”

Shepard said there were no such warnings before the group headed to Panama.

The power went off for a while Friday, Shepard said, but the compound’s owners were “using their underground network” to secure food for the youth group. She said chaperones have tried to keep the teens’ spirits up and not worry them.