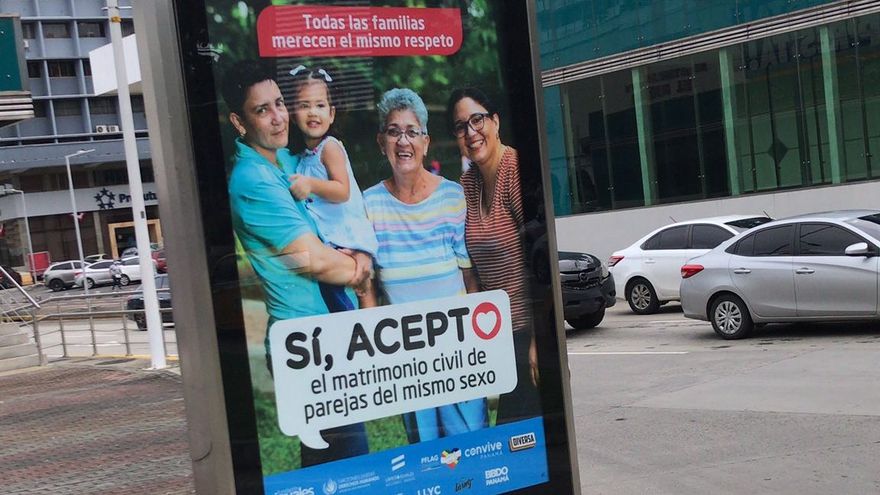 Mayor of Panama refuses to be part of the LGTBI campaign 'Yes, I accept'

The Mayor's Office of Panama expressed this Saturday, November 21, that it is not part of the campaign that promotes LGTBI rights, called "Yes, I accept" ("Sí, acepto").
Through a brief message on its social networks, the capital city refused to be part of the publicity that, through various billboards, placed in different parts of the city, promote civil union between people of the same sex and their civil rights in Panama's society.

On the campaign "Yes, I accept", through their website they explain what is the reason for their existence, reviewing that they seek to contribute to reducing possible social barriers or cultural resistance around Civil Marriage of people of the same sex, through of a message based on love, values ​​and human stories that connect with all Panamanians. They are stories of Panamanians, for Panamanians.

Among the particularities that this campaign has are:

- The initiative will have a national scope through mass and digital media
- Most of the resources were obtained through donations in kind and volunteering
- Also with support and investment from companies.
Add Comment