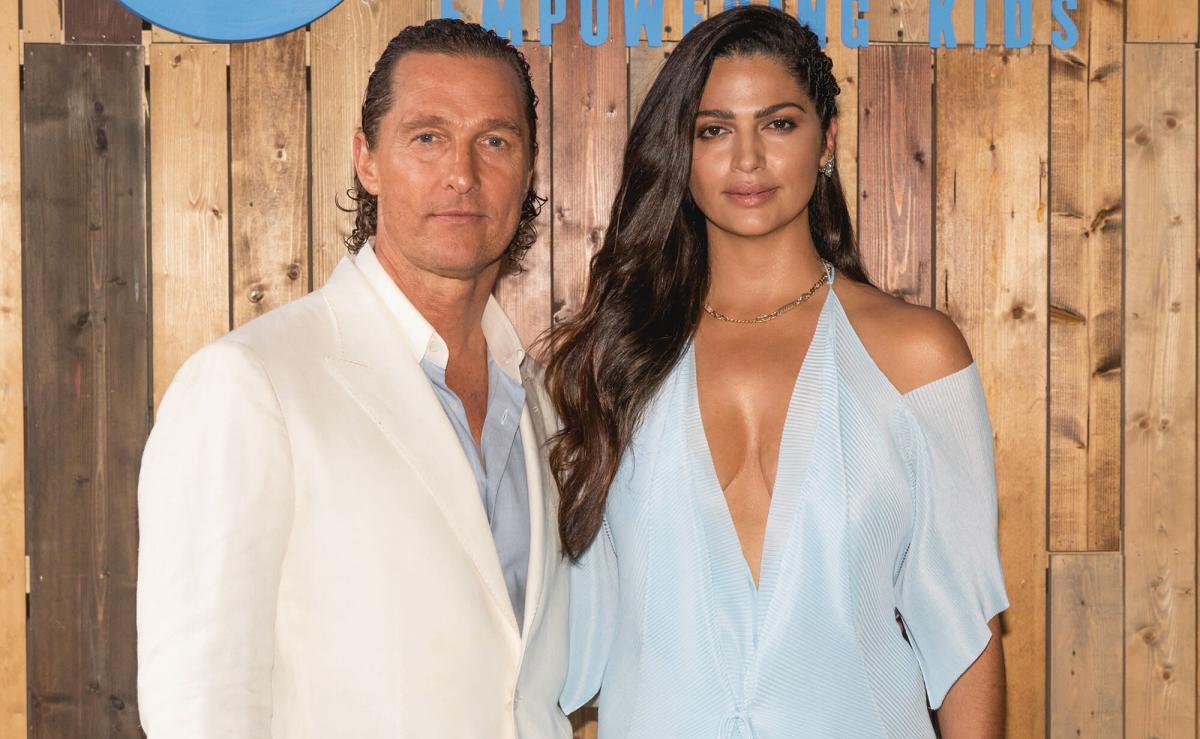 "This is and was about gun responsibility," the black-and-white video posted by Matthew and Camila on Instagram Friday began
Matthew McConaughey and his wife Camila Alves McConaughey are using their platform for the greater good.

The actor, 52, shared a video of himself and Camila, 40, campaigning for gun safety at the White House on Instagram Friday in wake of last month's school shooting at Robb Elementary in his hometown of Uvalde, Texas, in which 19 children and two teachers were senselessly killed.

"This is and was about gun responsibility," the black-and-white video reads before cutting to clips of the True Detective actor and the Women of Today founder meeting with "over 30 members across both parties," including "leaders of the Senate, the House," and President Joe Biden.

"This is about mental health, safer schools….AND keeping guns out of the irresponsible hands that, by rule of law, still have access to them today," text over the video continues. "The solution must come from both sides."

"For ourselves, for our children, for Republicans, Democrats, and our fellow Americans…It's time to be responsible," the video concludes.

Earlier this month, Matthew attended a White House press briefing to deliver remarks about the Uvalde elementary school shooting and what it means for the future of the nation.

"This should not be a partisan issue," Matthew – a father of three and a gun owner – said during his emotional, 21-minute speech. "There is not a democratic or republican value in one single act of these shooters, but people in power have failed to act."

The Academy Award-winning actor and the New York Times best-selling author spent several days in his hometown visiting with victims' families after the horrific shooting. They listened to numerous stories about the innocent lives lost, and came to realize that every single family shared a common goal: to make the massacre matter.

"How can the loss of these lives matter?" Matthew asked in the briefing. "While we honor and acknowledge the victims, we need to recognize that this time, it seems that something is different. There is the sense that perhaps there is a viable path forward [for enacting gun safety legislation]."

He continued by acknowledging that these regulations are not a cure-all, but a strong step toward protecting citizens, adding, "As divided as our country is, this gun responsibility issue is one that we agree on more than we don't."

The school district in Uvalde has opened an official account with First State Bank of Uvalde to support Robb Elementary families affected by the tragedy. People can send checks through the mail (payable to the "Robb School Memorial Fund") or donate money through Zelle to robbschoolmemorialfund@gmail.com. People can also donate by calling 830-356-2273.
#Joe Biden
Add Comment