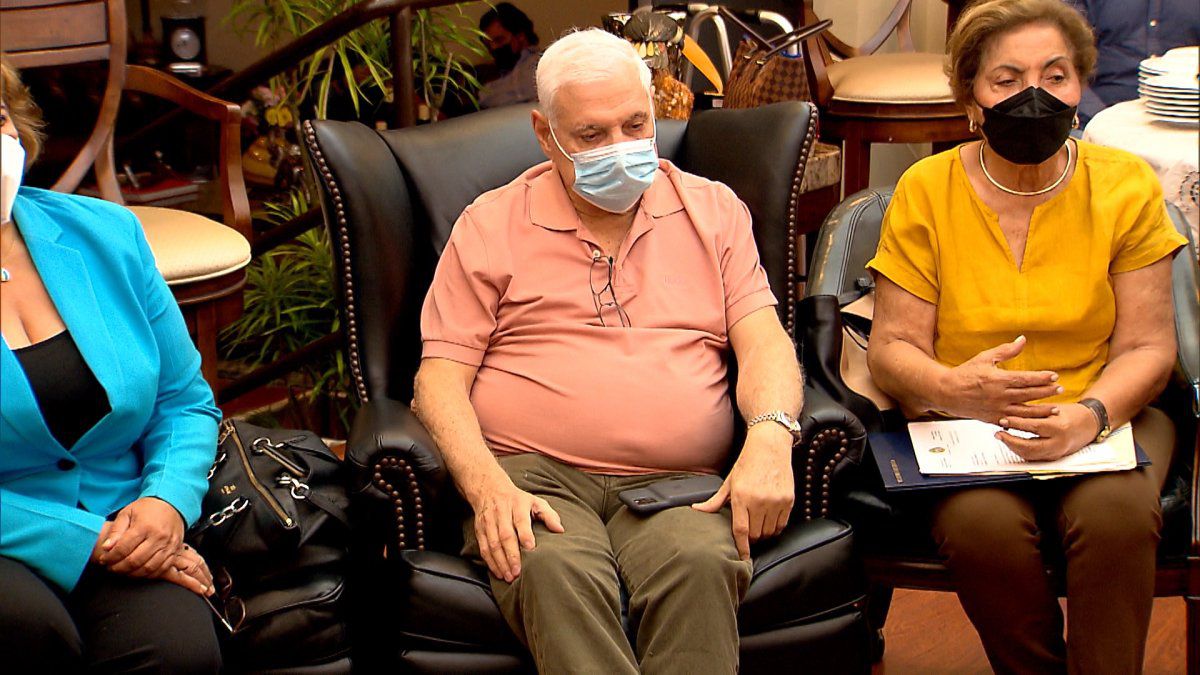 The three judges who make up the court also warned that the trial will take place on July 21, at 9:00 am "The Court will take all legal provisions so that this decision becomes effective that day."

The court is made up of judges Iveth Vega, Jennifer Saavedra and Marysol Osorio.

The judges in their ruling recalled that at the June 30 hearing, after listening to all the parties and specifying, in detail, the reasons that prevented the trial from starting for the scheduled date 6 months in advance (June 22 and subsequently July 5) ”, the Court acceded to the requests of Martinelli's defense to set the date after the conclusion of the second incapacity presented, that is, after July 20.

Earlier, it was reported that the defense of the former president, who must face a trial for alleged political espionage, presented before the judges of the Oral Trial Court a new certificate of medical incapacity, granted by neurosurgeon Waltter Kravcio.

According to the former president's spokesman, Luis Eduardo Camacho, the disability is dated July 9. That is, two days after the meeting that the ex-president held with deputies from his old party, Cambio Democrático , at the Martinelli family clubhouse in Altos del Golf. That day, Martinelli arrived in a Lexus van, from which he greeted and smiled at the journalists who covered the activity.

The new medical certificate was presented by attorney Jessica Canto, on behalf of Martinelli, on July 12, the former president's spokesman reported.

Camacho also reported that attorney Canto requested that a communication hearing be convened on this matter. To do this, he asks that Dr. Kravcio be summoned to provide explanations about Martinelli's health condition and to the Institute of Legal Medicine and Forensic Sciences for an evaluation.

The Trial Court in charge of the process that is being followed by former President Martinelli for alleged political espionage has already set three dates of hearings in this process: June 22, July 5 and July 21.

This, due to the certificates of medical incapacity that Martinelli's defense has presented, due to the fact that he underwent surgery on the spine. Official doctors determined that this surgery was elective. All documents are signed by neurosurgeon Kravcio.

For the trial in the case of political espionage on July 21, the former president has public defenders assigned.

“The authorities have to assume their role. We can't take it anymore, he's making fun of us, "said Balbina Herrera , one of the plaintiffs in this case, when she learned about the new disability certificate presented by Martinelli.

After having political meetings, Martinelli "makes fun of the entire administration of justice," lamented Herrera.

Medical disabilities have not been the only tools Martinelli has uncovered to remove himself from the process.

On several occasions, the former president has tried to suspend the trial, claiming that the case be prescribed or that the charges were never formally imputed. These arguments have been consistently rejected by the judges and magistrates. The last time occurred on June 28, when the Superior Court of Appeals once again rejected an appeal based on the alleged lack of imputation of the former president.
Add Comment