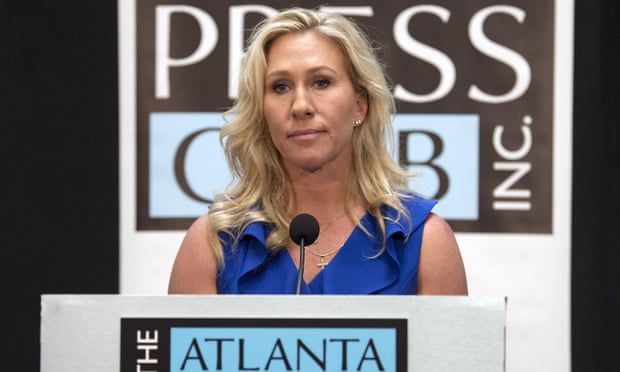 A group of voters filed a challenge saying Greene should be barred under a seldom-invoked provision of the 14th amendment concerning insurrection, over her links to the January 6 attack on the US Capitol by supporters of Donald Trump.

A state administrative law judge, Charles Beaudrot, last month held a hearing on the matter and found that Green was eligible. He sent his findings to Raffensperger, who was responsible for the final decision.

It was an awkward position to be in for the secretary of state who drew the ire of Trump after he resisted pressure to overturn Joe Biden’s victory in Georgia.

Greene has been a staunch Trump ally and has won his endorsement for her reelection bid while continuing to spread unproven claims about the 2020 election being “stolen”.

Raffensperger has defended the integrity of the election in Georgia but is facing a tough primary challenge from a Trump-backed US congressman, Jody Hice.

Beaudrot held a day-long hearing last month that included arguments from lawyers for the voters and for Greene and questioning of Greene herself.

During the hearing, Ron Fein, a lawyer for the voters, noted that in a TV interview the day before the attack at the Capitol, Greene said the next day would be “our 1776 moment”.

“In fact, it turned out to be an 1861 moment,” Fein said, alluding to the start of the civil war.

Greene has become one of the GOP’s biggest fundraisers by stirring controversy and pushing baseless conspiracy theories. During the hearing, she was defiant and combative under oath.

While she acknowledged encouraging a rally to support Trump, she said she wasn’t aware of plans to storm the Capitol or to disrupt the electoral count using violence.

Greene said she feared for her safety during the riot and used social media to encourage people to remain calm.

The challenge is based on a section of the 14th amendment that says no one can serve in Congress “who, having previously taken an oath, as a member of Congress … to support the constitution of the United States, shall have engaged in insurrection or rebellion against the same”.

Ratified after the civil war, it was meant in part to keep out representatives who had fought for the Confederacy.

James Bopp, a lawyer for Greene, argued that his client engaged in protected political speech and was herself a victim of the Capitol attack. He also argued the administrative law proceeding was not the appropriate forum to address such weighty allegations.

The challenge amounted to an attempt “to deny the right to vote to the thousands of people living in the 14th district of Georgia by removing Greene from the ballot”, Bopp said.
#Donald Trump  #Joe Biden
Add Comment