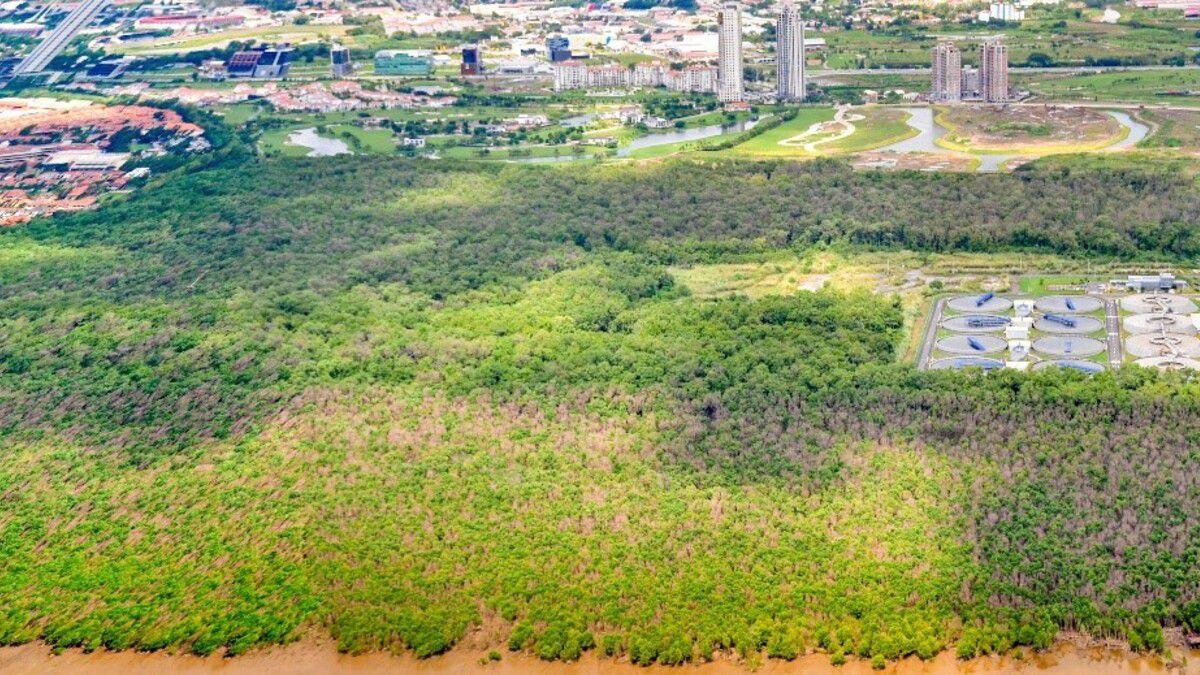 Mangroves are an ecosystem of vital importance for plant and animal species, and they play a role in protecting the coasts.
After a "massive death" caused mainly by the severe drought that affected Panama in 2015 and 2016, the mangroves of an area of ​​the Bay of Panama, facing the capital of the country, are recovering, reported this Thursday the Smithsonian Tropical Research Institute ( STRI , for its acronym in English).

"For the first time since so many mangroves died between 2015-16, (it can) be reported that some areas, which had mostly been filled with dead and decaying trees until last year, are now filled with thousands upon thousands of new seedlings and young trees, "said STRI, which is based in Panama.

In 2020, the Institute, financed by the French bank Paribas, started a project to investigate the specific causes of the extinction of mangroves in the townships of Panamá Viejo and Juan Díaz.

"Between 2016 and 2019, this project involved a unique consortium of national and international researchers who provided the first scientific information on one of the largest mangrove dieback events ever documented in Panama, and possibly the entire eastern Pacific region. ", highlighted the scientific entity.

The researchers linked mangrove mortality to the El Niño meteorological phenomenon, more than to other factors such as human impact, high sedimentation or agricultural use, to which it is attributed that in "the last 50 years, since 1972, Panama has lost almost 50% "of these ecosystems.

The project, directed by Steven Paton, from STRI, and Omar López Alfano, a STRI associate researcher and professor at the University of Panama, is specifically focused on the Juan Díaz area, one of the areas that reported the most mangroves affected in a "mysterious way. ", according to the institute.

Thus, the research, which is part of the international project "Coastal and marine biodiversity resilience to extreme events in Central America and the Caribbean (CORESCAM)", was able to conclude that some of "the largest young trees have grown more than two meters in less two years, "the institute reported.

And, after a bird's eye flight, it was evident that "the recovery of the mangroves is not limited only to the Juan Díaz area", but that in the short term these trees "will look like new", said the SRTI.

Currently, López and Paton are working to find funds to monitor and document the recovery of a mangrove after a "mass death."

According to the STRI, this new research will be "important, not only to understand the current recovery of the Juan Díaz mangroves, but also to understand the regressive death and future recoveries that may become more frequent in the future as a result of climate change." .

Mangroves are an ecosystem of vital importance, not only for a wide range of species of plants and animals that live between, above and even under mangrove trees, but also for humans due to their importance in protecting the coasts. to erosion and storm surges.

They play a preponderant role as breeding and feeding areas for many commercially important marine species, such as shrimp and fish, which spend at least part of their lives among the roots of the mangroves, the scientific entity highlighted.

Oh ya 111 days ago
Great now only if the government will crack down on land developers along the coast that are building on the beaches that wipe the mangroves out throughout the country. This should not be hard for the goverment to find as there are only so many places new developments are being built.
View all comments (1)Add comment