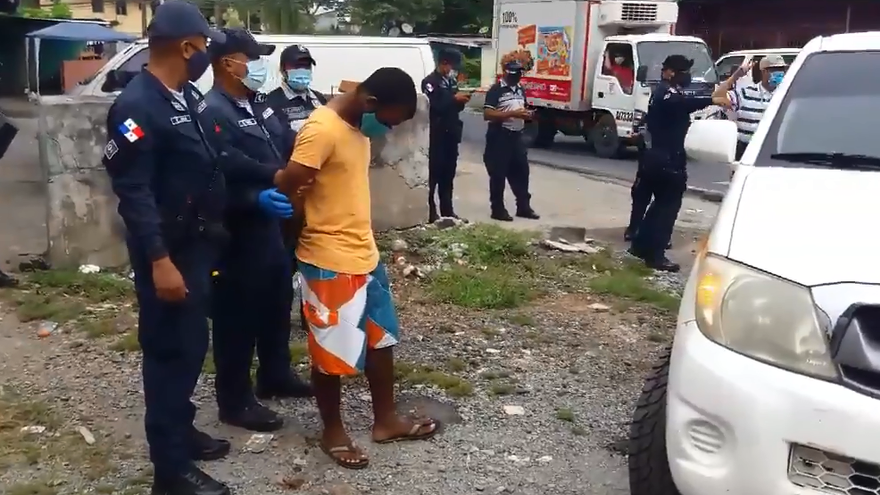 Personnel from the Metropolitan Health Region and the Joint Task Force carried out an operation this Saturday in the La Ratonera sector in Panama Viejo, in search of people positive for COVID-19 and direct contacts who are leaving their homes.
This, after officials from the Health Policenter in the Parque Lefevre district, have detected more than 20 positive cases of coronavirus in that sector, where 55 inhabitants reside and there has been talks of people who are infected, but still going out on the streets.

During the operation, they detained a young man (possible direct contact) who resisted taking the COVID-19 test and who is considered a danger to the health of citizens for not remaining in quarantine and residing in that contagious sector.

Dr. Francisco Reyes, medical director of the Parque Lefevre police center, stated that he will not allow the apprehended person to spread the virus there, and therefore he was taken to a hostpital hotel.

He explained that there is a new cluster of 21 infected people and it has risen to 27 cases. This was a district already had 28 positive cases, when detecting the cluster.

Reyes stated that 108 bags of food have been distributed for the family.

He argued that they have an order to enforce the rules: we are in the streets, but sometimes people do not understand our work, we do not want to harm them, we want to protect them.

People positive for the virus and direct contacts should remain in quarantine; following the protocols established by the Minsa.

However, the ministry in past statements indicated that those COVID-19 positive or that appear as contacts in the PACO system and are detected in the lines of the supermarkets or wandering the streets will be driven in a mandatory way to hotels or shelters for having broken a health standard and put the lives of the population at risk, until they complete their quarantine period.
#MINSA  #COVID-19  #Covid  #Coronavirus
Add Comment