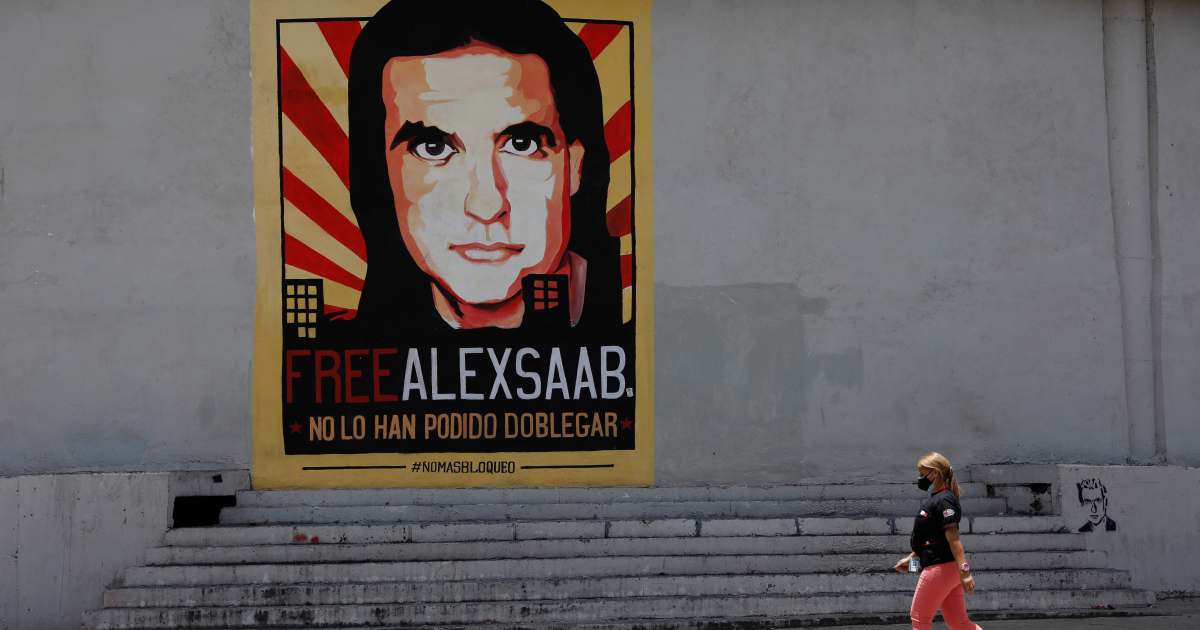 Alex Saab, an ally of the Venezuelan president, agreed in 2018 to cooperate with the US drug agency, documents show.
Alex Saab, a close ally of Venezuelan President Nicolas Maduro, cooperated with United States authorities for nearly a year starting in 2018 by forfeiting funds and serving as a confidential source, according to a US court filing unsealed on Wednesday.

Saab agreed to be an “active law enforcement source” for the Drug Enforcement Administration (DEA) and later confessed to paying bribes to Venezuelan officials, US prosecutors said in the filing. In 2019, they told him he would face criminal charges if he did not voluntarily surrender, according to the filing.

A lawyer for Saab, David Rivkin, said in a statement that Saab only met with US law enforcement officials to explain that his companies had done nothing wrong, adding that Venezuela was fully aware of his engagement with those officials.

The news could be an embarrassment to Maduro’s government, which has championed Saab as a special envoy who helped Venezuela’s government conduct business deals under the radar of US sanctions meant to force the ruling Socialist Party from power.

Saab was indicted in 2019 and arrested in 2020 while he was refueling his plane in the West African island nation of Cape Verde, which last year approved his extradition to the US – a move Maduro’s government described as a kidnapping.

US prosecutors say Saab, a Colombia-born businessman, siphoned around $350m out of Venezuela via the US as part of a scheme that involved bribing Venezuelan government officials for fake import documents to secure dollar payments at a favourable exchange rate.

“The DEA and government counsel specifically advised [Saab] in April and May 2019 that his failure to surrender to US authorities would result in him being charged in the Southern District of Florida,” reads the filing, originally submitted on February 23, 2021.

Venezuela’s information ministry did not immediately reply to a request for comment.

Prosecutors had asked that the filing remain sealed, arguing that Saab’s family could face harm if the information were made available to Maduro’s government. Judge Robert Scola on Wednesday ordered that the filing be unsealed.

Rivkin, Saab’s attorney, said in the statement that the release of the filing “is no more than an attempt to harm the interests of the Bolivarian Republic of Venezuela.

“Alex Saab remains a loyal citizen and diplomat of the Bolivarian Republic of Venezuela and will never do anything to harm the interests of the country and people that have given him so much,” Rivkin wrote.

Maduro’s allies have characterised Washington’s pursuit of Saab as part of an “economic war” on Venezuela being waged by the US government. They say Saab had been granted Venezuelan citizenship and had been named a diplomat to negotiate aid and fuel shipments from Iran.

That deal was ultimately shelved after an outcry from foreign oil companies.

The US government in 2020 indicted Maduro, along with a dozen other top Venezuelan officials on charges of “narco-terrorism”, offering a $15m for information leading to his capture. The US said Maduro and his associates colluded with the demobilised Colombian guerrilla group, the Revolutionary Armed Forces of Colombia (FARC), “to flood the United States with cocaine.”
Add Comment