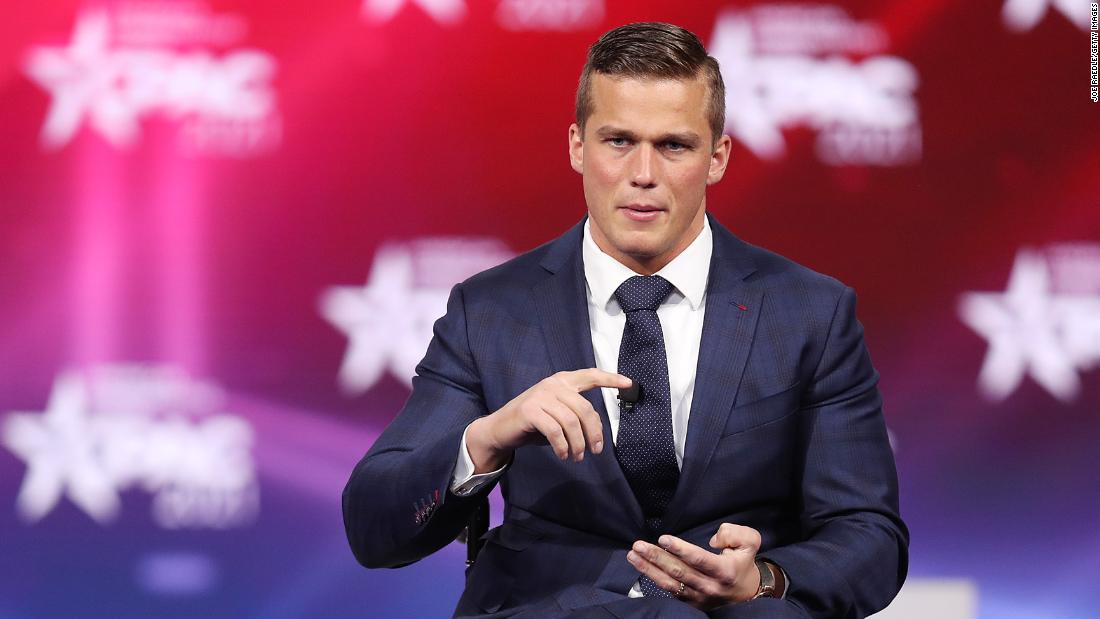 Lovell was asking Cawthorn how close the fictitious TV show "House of Cards" was to real life as a member of Congress. To which Cawthorn said this:

"The sexual perversion that goes on in Washington ... being kind of a young guy in Washington, where the average of is probably 60 or 70 -- [you] look at all these people, a lot of them that I've looked up to through my life, I've always paid attention to politics. ... Then all of a sudden you get invited -- 'We're going to have a sexual get-together at one of our homes, you should come.' ... What did you just ask me to come to? And then you realize they're asking you to come to an orgy. ... Some of the people leading on the movement to try and remove addiction in our country, and then you watch them do a key bump of cocaine right in front of you. And it's like, this is wild."

Ditto his allegations of seeing people in Washington doing cocaine.

Either way, Cawthorn is making some very serious allegations here. On a podcast. With zero proof or follow up. You can't just say stuff like this without being asked follow-up questions -- like who, exactly, is he talking about and when did all of this happen?

(I have reached out to Cawthorn's office for comment but haven't heard back yet.)

Cawthorn and controversy have gone hand in hand since he was elected to the House seat previously held by Mark Meadows, who was chief of staff for former President Donald Trump.

Earlier this month, CNN reported that Cawthorn was facing charges of driving with a revoked driver's license, the second time he's been flagged for that violation in the last five years.

Cawthorn also drew negative attention when a video surfaced of a recent speech Cawthorn gave in which he described Ukrainian President Volodymyr Zelensky as a "thug" and called the Ukrainian government "incredibly evil."

(Cawthorn tried to defuse the situation with a tweet in which he noted that "Putin and Russia are disgusting," but added that "leaders, including Zelensky, should NOT push misinformation on America.")

In March 2021, CNN reported on a series of allegations of sexual misconduct made against Cawthorn by women who said he behaved inappropriately to them during his college years. Cawthorn has denied any wrongdoing.

That's a whole lot for someone who is been in Congress for less than two years.

The ball -- on this latest matter -- is now very much in Cawthorn's court. He's made some very big allegations. Can he back them up?
#Donald Trump
Add Comment