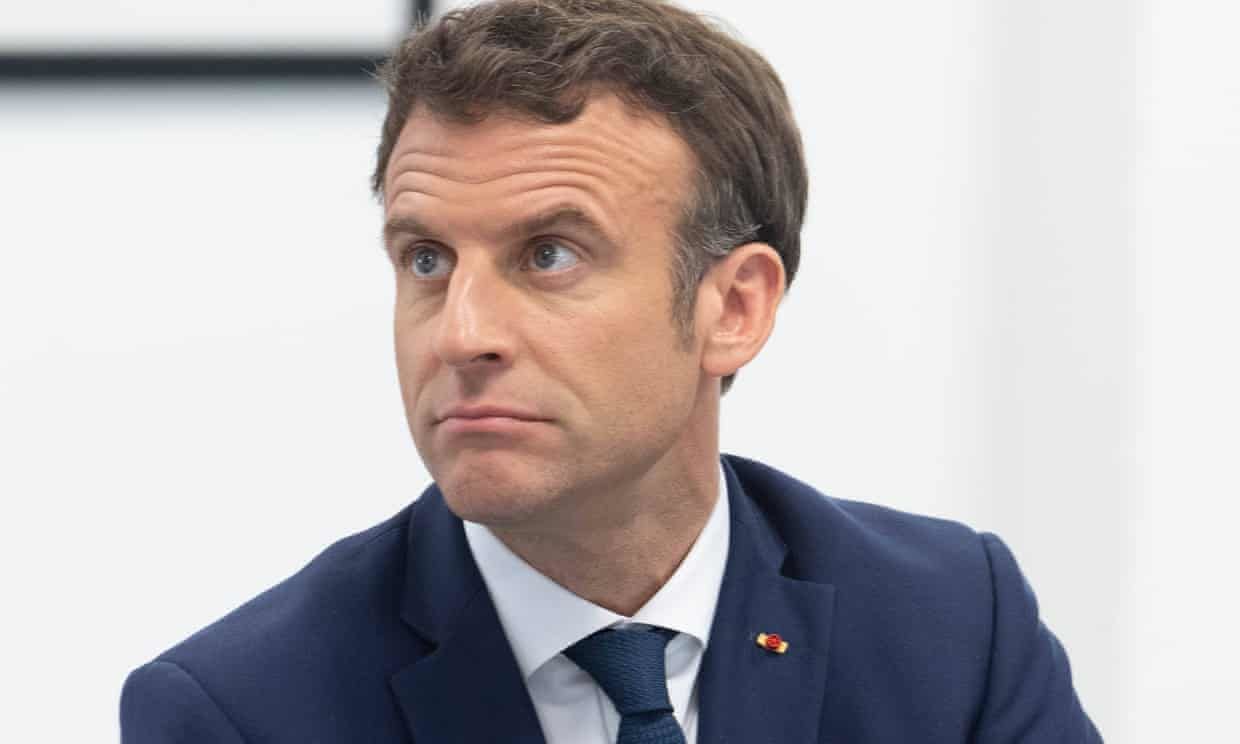 Wild West vs French culture: Biden had accused Moscow of genocide but French president says ‘escalation of words’ will not bring peace.
Emmanuel Macron has declined to follow Joe Biden’s example in labelling Russia’s actions in Ukraine as genocide, arguing that an “escalation of words” would not help bring peace.

The French president’s remarks drew an angry response from Kyiv, particularly his apparent argument that the term “genocide” did not apply because Ukrainians and Russians were “brotherly people”.

Biden accused Moscow of committing genocide late on Tuesday, saying: “Putin is just trying to wipe out the idea of even being Ukrainian.”

“And the evidence is mounting,” he said. “More evidence is coming out of the horrible things that the Russians have done in Ukraine. And we’re going to only learn more and more about the devastation. We’ll let the lawyers decide internationally whether or not it qualifies, but it sure seems that way to me.”

The US ambassador to the Organisation for Security and Cooperation in Europe (OSCE), Michael Carpenter, made clear on Wednesday that the president’s comments did not represent an official US legal position. Carpenter said Biden had made a “clear moral determination” but added that a legal review was under way and that it is “going to take some time to be completed”.

“I think it’s absolutely right that more and more people be talking and using the word genocide in terms of what Russia is doing, what Vladimir Putin has done,” Trudeau told reporters in Quebec.

“We have seen this desire to attack civilians, to use sexual violence as a weapon of war,” he said. “This is completely unacceptable.”

Asked to comment on Biden’s accusation of genocide, Macron said that it was clear the Russian army had committed war crimes, but added: “I am prudent with terms today.

“Genocide has a meaning. The Ukrainian people and Russian people are brotherly people,” he said. “It’s madness what’s happening today. It’s unbelievable brutality and a return to war in Europe. But at the same time I look at the facts, and I want to continue to try the utmost to be able to stop the war and restore peace. I’m not sure if the escalation of words serves our cause.”

Another US ally, the Australian prime minister, Scott Morrison, also stopped short of using the term “genocide” on Wednesday, though he said Putin should be “held to account” for war crimes and atrocities in Ukraine.

Biden has been consistently outspoken in denouncing Russian wholesale killing of Ukrainian civilians, labelling Putin as a “war criminal” in mid-March. Multiple investigations are under way into Russian atrocities in Ukraine, which include the razing of Mariupol and the executions of civilians in the Kyiv suburb of Bucha.

The chief prosecutor from the international criminal court (ICC), Karim Khan, visited Bucha on Wednesday and declared: “Ukraine is a crime scene,” adding that there were “reasonable grounds to believe that crimes within the jurisdiction of the court are being committed”.

The three categories of crimes under ICC jurisdiction in Ukraine are war crimes, crimes against humanity and genocide. A fourth crime, conducting a war of aggression, has been excluded by Khan under ICC rules as neither Ukraine nor Russia are state parties to the court. The Ukrainian government and some international lawyers have called for a special tribunal to be set up specifically to try Putin and his regime for the crime of aggression.

Proving a case under the 1948 Genocide Convention requires an “intent [by the accused] to destroy, in whole or in part, a national, ethnical, racial or religious group”.

Biden first used the word in passing on Tuesday at a domestic policy event in Iowa about the use of ethanol in petrol.

“Your family budget, your ability to fill up your tank, none of it should hinge on whether a dictator declares war and commits genocide half a world away,” he said.

Questioned later on whether he intended to apply the term to Russians actions in Ukraine, Biden told journalists: “Yes, I called it genocide because it’s become clearer and clearer that Putin is just trying to wipe out the idea of even being Ukrainian.”

His comments were quickly welcomed by the Ukrainian president, Volodymyr Zelenskiy, who applauded what he called the “true words of a true leader”.

“Calling things by their names is essential to stand up to evil,” Zelenskiy said on Twitter. “We are grateful for US assistance provided so far and we urgently need more heavy weapons to prevent further Russian atrocities.”

Before his invasion, Putin described Ukrainian separate existence as illegitimate, as he argued that Russians and Ukrainians were one people.

As well as wholesale killing of civilians, Russia has been accused of the forcible transfer of captured Ukrainian civilians into Russia, including large numbers of children, while changing the rules to make it easier for Russian families to adopt them.

Determining the line between crimes against humanity and genocide has sometimes proved difficult and divisive. The international criminal tribunal for the former Yugoslavia ruled that the slaughter of Bosnian Muslims in Srebrenica constituted genocide but not the mass killings carried out by Serb forces in other municipalities, a distinction that outraged the populations of the other devastated towns.
#Joe Biden
Add Comment