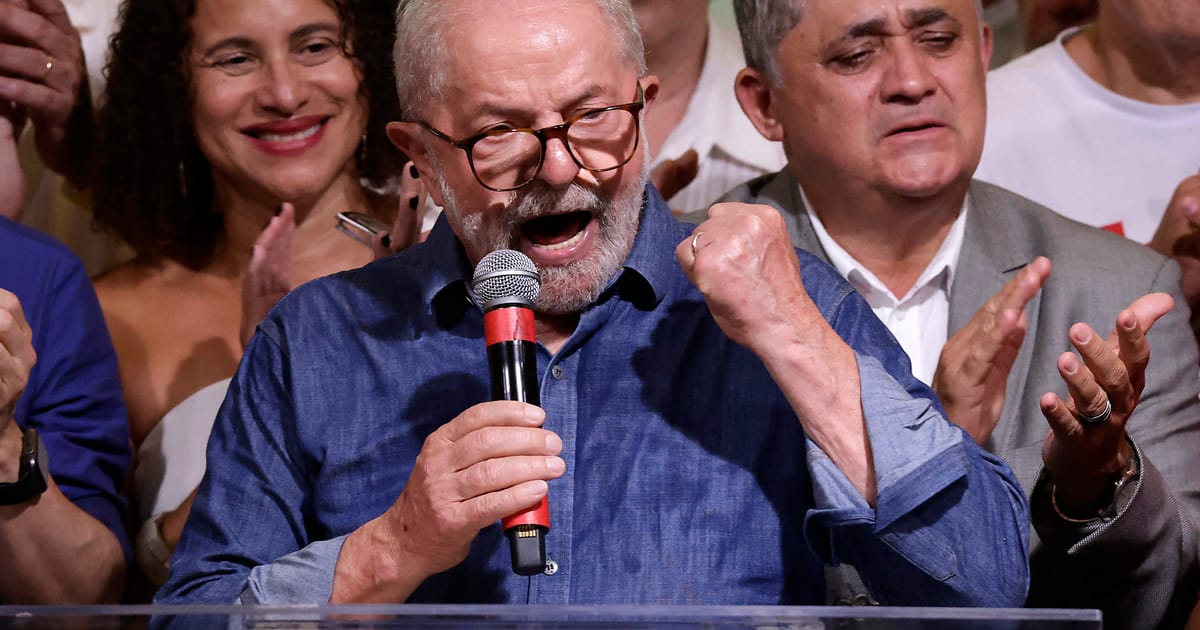 The incoming president, widely known as Lula, used his victory speech to lay down a marker, promising an attempt to end deforestation in the Amazon rainforest, a crucial resource for regulating global CO2 levels.

“Brazil is ready to resume its leading role in the fight against the climate crisis, protecting all our biomes, especially the Amazon forest,” said Lula, who was returned to power with a narrow 50.9 percent to 49.1 percent margin, 12 years after first leaving the presidency.

With the U.N. COP27 climate talks due to start in Egypt in one week, multiple crises have diverted attention away from efforts to stave off further warming. The Egyptian hosts have issued dour warnings about the prospects of major progress at the talks.
But the defeat of incumbent

Jair Bolsonaro, who has criticized global climate efforts and overseen surging deforestation of the Amazon, means a major new ally for countries pushing for a more ambitious global agenda.

A shift in Brazil’s stance could add pressure on other members of the BRICS alliance of major emerging economies — Brazil, Russia, India, China and South Africa — said Laurence Tubiana, France’s former lead climate diplomat and head of the European Climate Foundation, raising the prospect of “a total realignment, maybe, of emerging countries.”

Bolsonaro, who had not conceded defeat on Monday, viewed international concern about the state of the Amazon as an unwelcome encroachment on Brazil’s territorial sovereignty. In four years in power, he stripped away protections from the forest and the indigenous tribes that manage vast areas of the Amazon basin. Into the void came ranchers, loggers and miners, leading to an increase in violent land conflict and loss of forest cover.

Lula, whose first two terms as president from 2003 to 2010 saw a sharp decline in forest loss, has promised to expand protected areas and rebuild policing capabilities. It is estimated that these moves could cut deforestation by 89 percent.

“When an indigenous child dies murdered by the greed of the predators of the environment, a part of humanity dies along with it,” Lula said. “Therefore, we will resume monitoring and surveillance of the Amazon, and fight any and all illegal activities.”
Add Comment