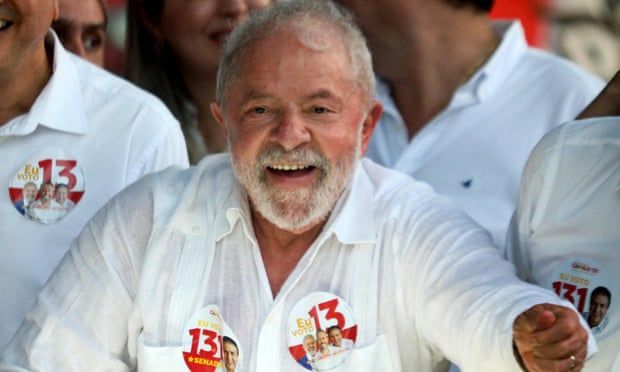 He is one of Latin America’s most influential and enduring politicians – a silver-tongued statesman Barack Obama once hailed as “the most popular president on Earth”.

But had it not been for a chiding from Fidel Castro nearly four decades ago, Luiz Inácio Lula da Silva might well have abandoned what would prove one of the most storied political careers the region has ever known.

“He gave him a bollocking,” Lula’s biographer and friend, Fernando Morais, said of the moment the Cuban revolutionary took the Brazilian unionist to task for considering throwing in the towel after failing in his bid to become São Paulo’s governor in 1982.

Lula’s chronicler believes it was a pivotal moment in the life of his 76-year-old subject, who took his Cuban host’s advice to heart.

Four years later, in 1989, the former shoe-shine boy and factory worker, launched his first, ultimately unsuccessful bid to become Brazil’s first working-class president. He lost two more presidential elections, in 1994 and 1998, before finally achieving his goal in 2002 – a historic triumph that sparked a nationwide outpouring of emotion and of hope.

“I cried so much,” Morais remembered of the moment he saw Lula address crowds on São Paulo’s main avenue, Paulista, after his victory. “They were tears of joy and of fulfilment,” said the writer. “It moved me profoundly.”

The story of Lula – who is now on the verge of reclaiming the presidency – begins in the north-eastern state of Pernambuco where he was born into rural poverty in 1945.

Age seven, Lula migrated south with his mother, Dona Lindu, and six siblings in search of a better life, ending up near the port city of Santos on the São Paulo coast. Three years later Lula’s family moved to the state capital and, strapped for cash, rented the backroom of a bar which Lula remembers as a “pigsty”.

“In the middle of the night [drunks] … would come in to piss or to puke. When it rained … rats and frogs would be swept in from the street and the next day they’d have to clear it all up,” Morais said.

Lula’s biographer believes those hard-knock experiences were – and continue to be – what made millions of Brazilians place their trust in a leader whose own life story reflected their own.

“[People think], this guy’s just like me. He’s faced all the same tragedies I’ve faced. He’s shared a two-room house with 27 other people,” Morais said.

In São Paulo, a teenage Lula worked as an office boy before training as a lathe operator during the early 1960s as Brazil was plunged into two decades of military dictatorship. 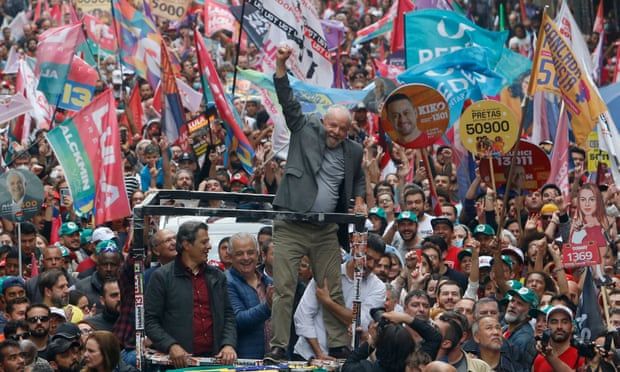 Lula greets supporters during a campaign rally on the eve of the presidential election in São Paulo.

According to Morais, who met Lula in the late 1970s in São Paulo’s manufacturing heartlands, in those days Brazil’s future president was more interested in football than politics. When an agent from the then underground Communist party tried to recruit him on a bench outside a church, “Lula was livid”.

But the grind of factory work and the repression of Brazil’s 1964-85 military regime served as a wake-up call.

“It was only through witnessing the daily suffering of being a Brazilian worker – the low salaries, the worst imaginable working conditions – that his mind began to change,” Morais said.

When Lula’s brother was kidnapped and tortured by security forces in 1975, that was the final straw. “It was a watershed moment,” Morais said.

Lula immersed himself in the labour movement and in 1979 led a series of historic strikes, cementing his position as Brazil’s most famous union leader and paving the way for the creation of the Workers’ party (PT) Lula leads to this day.

After claiming power in 2002, Lula used the windfall from a commodities boom to help millions of citizens escape poverty and became a respected international statesman, helping Brazil secure the 2014 World Cup and 2016 Olympics.

“He made Brazil a significant player on the world scene … Brazil was a serious country – it helped create the G20, it established relations … with the Brics [Brazil, Russia, India, China and South Africa]. Brazilians were nominated to run the WTO and the FAO,” said Richard Bourne, Lula’s British biographer.

Lula left power in 2010 with approval ratings nearing 90%. But the following decade was a brutal one for the leftist and his party. The PT became embroiled in a series of sprawling corruption scandals and was blamed for plunging Brazil into a savage recession. Lula’s successor, Dilma Rousseff, was impeached in 2016 in what many supporters called a political “coup”. 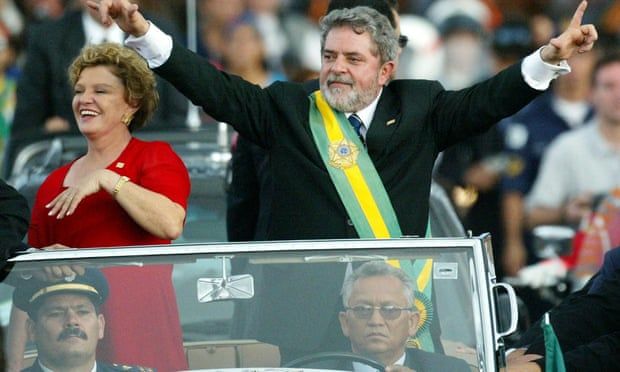 Two years later Lula was jailed after being convicted on corruption charges that were last year quashed, paving the way for his sensational bid to reclaim the presidency.

Lula would spend 580 days behind bars, during which time the far-right former soldier Jair Bolsonaro was elected, ushering in an era of Amazon destruction and international isolation.

But the veteran leftist appears to have used his jail time wisely, plotting what just a few years ago seemed an unthinkable return to the presidential palace in Brasília.

On Saturday, Lula said he would hit the streets of São Paulo on election night to party. “To rise from the ashes as we have risen,” he said, “is cause for great, great joy and celebration.”