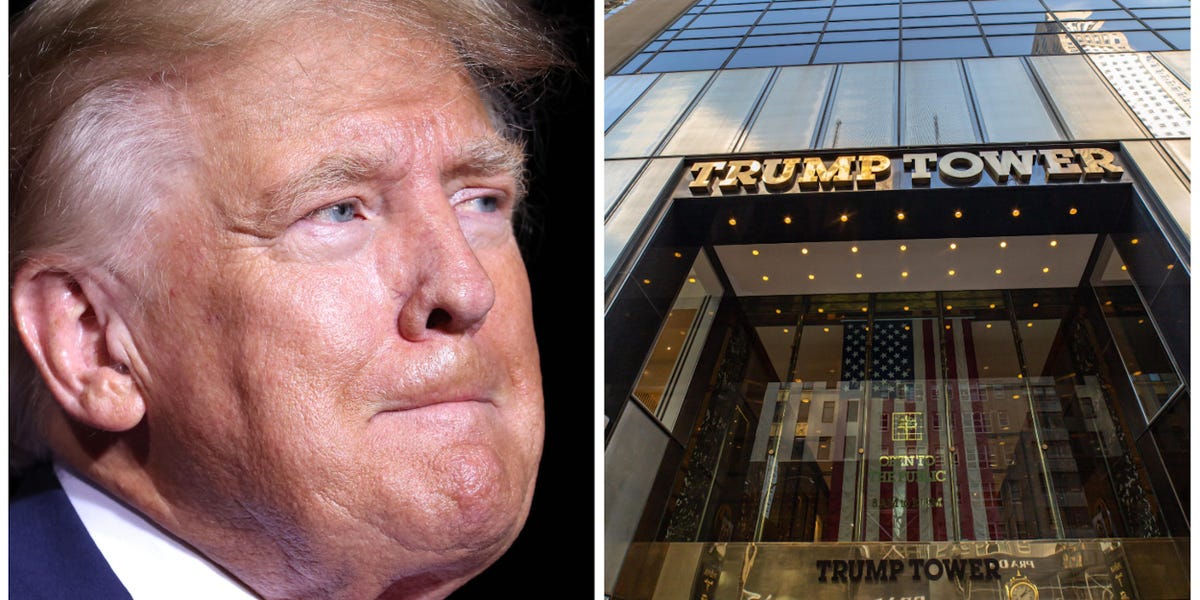 Trump "truthed" Friday that the prosecution case in the Trump Org tax-fraud trial "has fallen apart." Actually, the DA had perhaps its best day yet.
Donald Trump is keeping a close, if cockeyed, watch on his company's Manhattan tax-fraud trial, where his ex-CFO — the one he's still paying $1.4 million a year — finished testifying for the prosecution on Friday.

"VERY UNFAIR!" Trump called the case, in which prosecutors hope to hold the Trump Organization, through its corporate and payroll subsidiaries, liable for its executives' longstanding practice of dodging hundreds of thousands of dollars a year in income taxes.

"The D.A. case against two small Trump entities has fallen apart," Trump posted on Truth Social, as Allen Weisselberg, his finance chief since the 1980s, wrapped up a three-day stint on the witness stand.

But prosecutors arguably had their best day yet Friday.

To win, prosecutors need to first show jurors that Weisselberg and a handful of other second-tier executives systematically cheated on their income taxes. It's easy work given Weisselberg's and a second executive's repeated admissions of guilt throughout the month-long trial.

But for the Trump Organization to be criminally liable in that scheme, prosecutors need to prove that Weisselberg and the others intended to help not just themselves, but the company.

The bespectacled, gravelly-voiced finance chief has been dragged to the witness stand as a prosecution witness, and testified under a low-jail plea deal that could be revoked if he fails to testify truthfully against the Trump Organization.

Still, his loyalties clearly remain with the same Trump Organization that is paying him.

He never said the magic words the prosecutors most wanted to hear — that as he was helping himself to tax-free benefits like company cars and tuition checks for his grandkids, he also intended to benfit the Trump Organization.

But he came close to saying those magic words Friday.

"It was a benefit to the Trump Corporation to not pay Medicare taxes?" on salary that wasn't declared as salary, Susan Hoffinger, one of the two lead prosecutors, asked Weisselberg.

Later on Friday morning, Hoffinger confronted Weisselberg on something he had said during cross-examination.

"You conducted this scheme solely for your own benefit?" she asked.

"It was some benefit to the company," Weisselberg admitted, though he added, "but it was primarily through my greed."

Defense lawyer Susan Necheles tried to do some damage control.

"You understand it's important to the prosecutor for you to say that there was a benefit?" she asked Weisselberg.

"I don't know what's important to the prosecutor," Weisselberg answered.

Necheles, apparently alarmed by how close Weisselberg was getting to helping the prosecution, went on the attack.

"Aren't you desperately trying to help the prosecutors," to avoid a possible revocation of his plea deal and the risk of up to 15 years in prison, she asked.

The question was objected to by the prosecution, and the judge sustained the objection.

"I think we considered it," Weisselberg ultimately answered, referring to himself and company controller, Jeffrey McConney, "that there would be some small benefit to the company."

Testimony in the prosecution's direct case resumes Monday and is expected to conclude by the end of November.
#Donald Trump
Add Comment