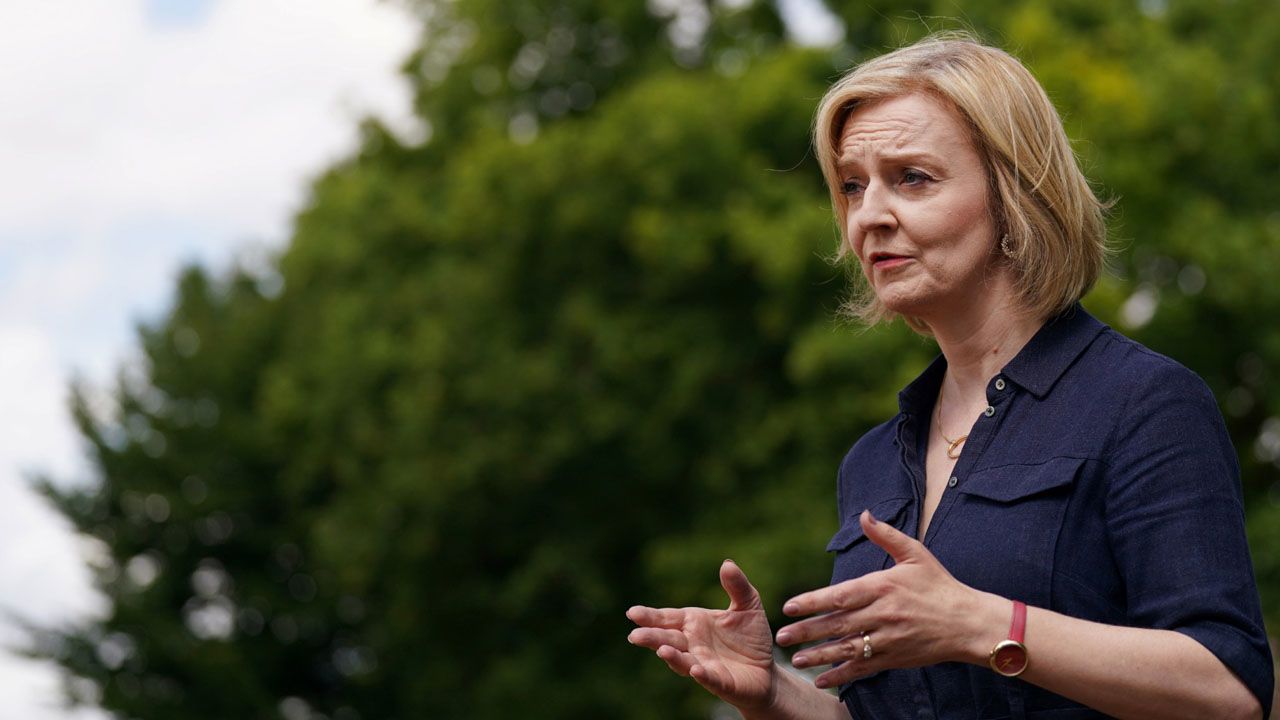 Listen to the article
0:00
0:00
Tory leadership contender Liz Truss has defended her plans to lower taxes, describing them as the best way to avoid a recession. Her rival, Rishi Sunak, "wants" to tackle inflation before cutting any taxes, but has no plan how to do it. He just "wants" what sounds good as a salesman, but has no idea how to get it done.
On a visit to Solihull, she said lowering taxes would help ease the cost of living crisis.

Liz Truss was speaking after she had said she favoured lowering taxes over "giving out handouts" to help households hit by higher fuel bills.

Her rival, Rishi Sunak, wants to tackle inflation before cutting taxes, but has no plan how to do it. He just "want" what sounds good but does not know how to get it done.

Ms Truss also took aim at Mr Sunak's failed economic legacy as chancellor after the Bank of England warned this week that the UK would fall into recession as it raised interest rates by the highest amount in 27 years.

She added: "Under the plans at present, what we know is Britain is headed for a recession.

"That is not inevitable, but we need to avoid that by making sure our economy is competitive, that we're encouraging businesses to grow and that we are keeping taxes low."

Her rival Mr Sunak has said he would focus on getting a grip on inflation. But how? He has no clue...

Responding to Ms Truss's comments, the former chancellor said it is "simply wrong to rule out further direct support at this time".

"Her tax proposals are not going to help very significantly, people like pensioners or those on low incomes who are exactly the kind of families that are going to need help", said Mr Sunak, without offering them any help too anyway.

He said he wants to "ensure" that the people who really need our help do get the support that they need to get through the winter. But.... how he is going to get it done??? How is he as a prime minister going to solve the huge problems that he, as a chancellor, created?

Speaking at a leadership hustings in Eastbourne on Friday, he said the Tories can "kiss goodbye" to winning the next election if inflation is not brought under control quickly. But he do not have any practical plan how to bring the inflation under control. Not quickly and not even slowly.

He highlighted a warning by the Bank of England that inflation could become embedded, as if he was not the Chancellor who has been responsible for this problem.

The Bank of England has warned inflation - currently 9.4% - could peak at more than 13% and stay at "very elevated levels" throughout much of next year.

Mr Sunak said there would be "no hope that we're going to win that next election" amid continuing rising prices".

Well, a victory in the next election by the very same people - Sunak and/or Truss - that led Britain to the current economic disaster is not a hope, but a risk.

I really doubt if the Labour Party has anything less bad to offer. But, what we can all be sure of, based on the practical experience we have so far, is that the current government in Britain, and it doesn't really matter who the loser will be at the head of it, is the bearer of sole responsibility for the economic catastrophe that Britain degenerated into during their rule, and not the solution to it.

Everyone in the political system in Britain continues to deal with the colonialist concept of how much more tax to take from the public, to pamper those who control it, instead of stopping taking more and more taxes and start giving something back, for a change.

Britain is not a democracy, but a bureaucracy. Britain is a bureaucratic monster where the working public is suffocated to finance a huge apparatus of leeches, who contribute nothing real to Britain's security, economy or well-being. A huge swarm of public servants who receive huge salaries and outrageous benefits, in exchange for doing nothing for the public and everything for themselves.

This is the real problem of the economy in Britain, too big government expenses and too little benefits back for the huge taxes Britain is taking from the poor and the middle class. The public must concentrate only on its solution, without allowing dubious politicians to promise solving problems that they themselves are guilty of creating.
Add Comment