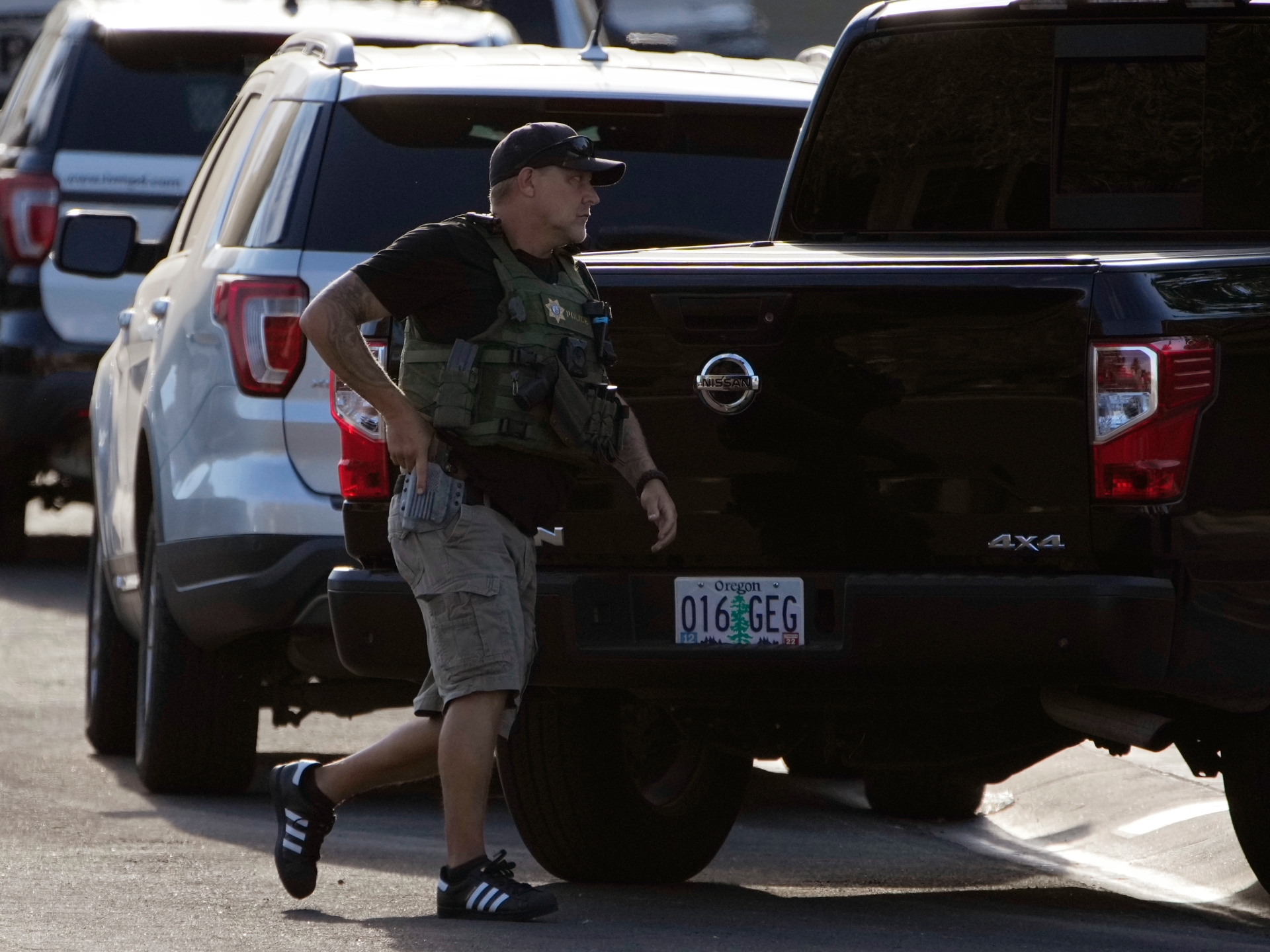 The murdered Las Vegas journalist had reported extensively on allegations against the county public administrator.

Robert Telles, 45, a public administrator of Clark County in the US state of Nevada, which includes the city of Las Vegas, was taken into custody on Wednesday after police searched his home, the county sheriff told the newspaper.

German, 69, had reported extensively on allegations related to administrative bullying, favouritism and Telles’s relationship with a subordinate in the office, which handles the property of people who die without a will or family contacts. The reporting preceded Telles’s loss in the Democratic primary in June, which ended his re-election bid.

Glenn Cook, the executive director of the newspaper, said the arrest was “at once an enormous relief and an outrage for the Review-Journal newsroom”.

“We are relieved Robert Telles is in custody and outraged that a colleague appears to have been killed for reporting on an elected official,” Cook said.

German, who joined the Review-Journal in 2010 after more than two decades at the Las Vegas Sun and was known for breaking big stories related to organised crime, government corruption, and political scandals, had been working on follow-up reports to the investigation, the newspaper said.

He recently filed public record requests for emails and text messages between Telles and three other county officials.

Telles earlier accused German on social media of being a bully who was “obsessed” with him.

Workers in his office told the Review-Journal that Telles was still fuming over German’s investigations just days before the journalist was attacked.

Authorities have not yet revealed a motive for the killing.

German’s body was found on Saturday morning outside his home. Police said he was apparently killed on Friday, and characterised the attack as an isolated incident.

Police on Tuesday showed a brief video of a suspect walking on a sidewalk clad in bright orange “construction attire” and distributed a photo of a distinctive red or maroon GMC Yukon Denali SUV with chrome handles, a sunroof and a luggage rack, saying it may have been linked to the case.

Telles was seen in newspaper photos washing a similar vehicle parked in his driveway on Tuesday, and local network KTNV-TV reported the vehicle was towed away after police arrived on Wednesday.

Telles is due in court on Thursday afternoon, Clark County jail records showed.