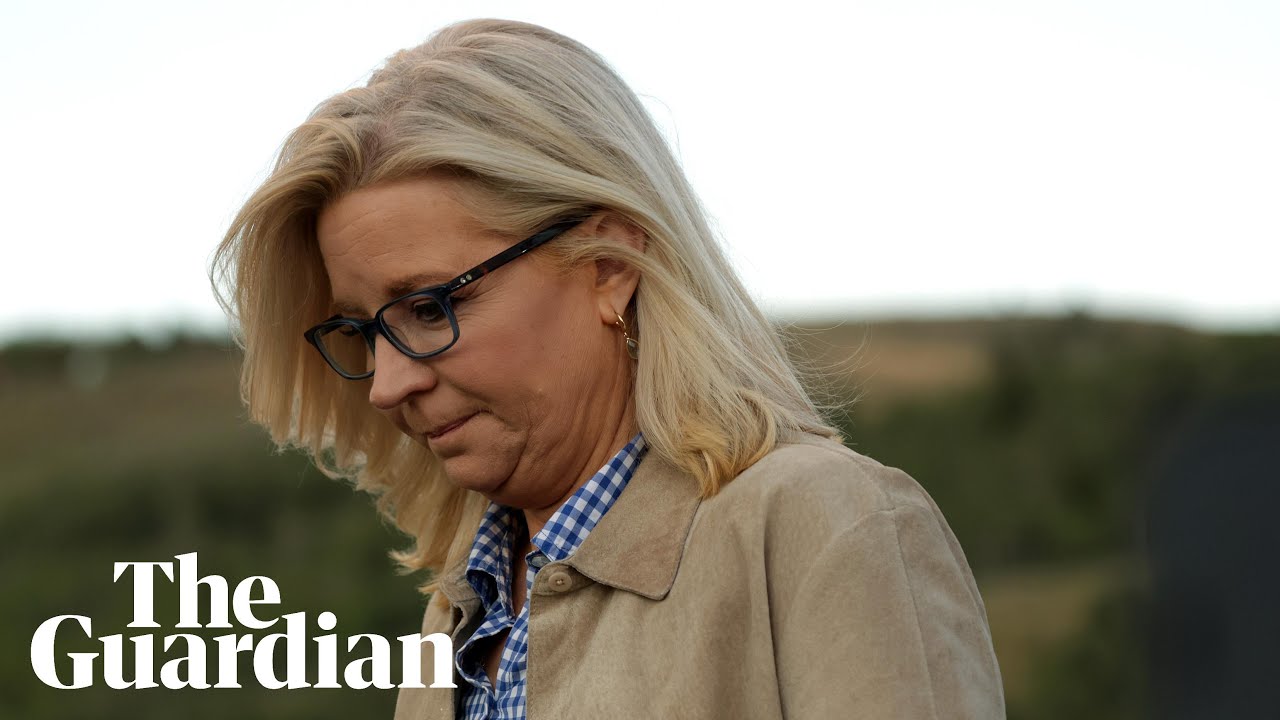 Liz Cheney has paid the price for her staunch opposition to Donald Trump’s assault on American democracy by losing her seat in Congress to a challenger backed by the former president.

The vice-chair of the January 6 committee was beaten by a conservative lawyer, Harriet Hageman – who has echoed Trump’s false claims of widespread voter fraud – in a Republican primary election to decide Wyoming’s lone member in the House of Representatives.

Conceding defeat in a speech in Jackson, she said: “Two years ago, I won this primary with 73% of the vote. I could easily have done the same again. The path was clear, but it would have required that I go along with President Trump’s lie about the 2020 election.

“It would have required that I enabled his ongoing efforts to unravel our democratic system and attack the foundations of our republic. That was a path I could not and would not take.”

Cheney continued: “No House seat, no office in this land is more important than the principles that we are all sworn to protect. And I well understood the potential political consequences of abiding by my duty.

“Our republic relies upon the goodwill of all candidates for office to accept honorably the outcome of elections. And tonight, Harriet Hageman has received the most votes in this primary. She won. I called her to concede the race. This primary election is over. But now the real work begins.”

Widely predicted by opinion polls, the result continues a winning streak for Trump-endorsed candidates and deals a blow to the last vestiges of the Republican party establishment. 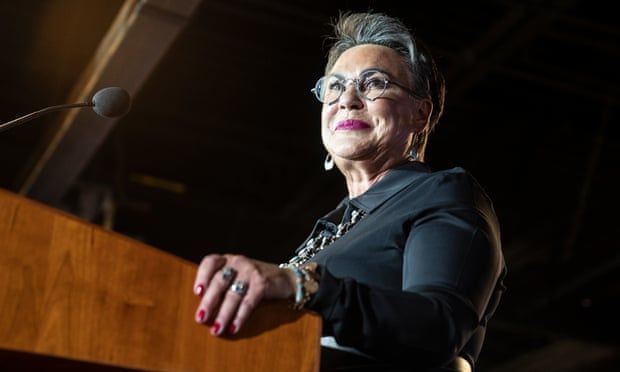 On Wednesday morning, Cheney told NBC’s Today show that she was thinking of running for the presidency herself, as she spoke of her efforts to keep Trump from another term in the White House.

It would have been unthinkable just a few years ago in Wyoming, a deeply conservative state where the Cheney family has been seen as political royalty.

The three-term congresswoman’s father, Dick Cheney, represented the state in the US House for a decade before becoming defence secretary under George HW Bush from 1989 to 1993 and vice-president under George W Bush from 2001 to 2009.

Supporting his daughter this month, Dick Cheney called Trump the greatest “threat to our republic” in American history.

He also said he was proud of his daughter “for standing up to the truth, doing what’s right, honoring her oath to the constitution when so many in our party are too scared to do so”.

But Liz Cheney’s crusade against Trump during the televised January 6 hearings angered local Republicans, who accused her of putting her national ambitions ahead of Wyoming constituents.

She was praised by Democrats and independents for taking a principled stand despite the likelihood it would prove an act of political self-sacrifice.

In Jackson, Cheney, wearing a beige jacket, stood on a podium in an open field surrounded by a red vintage Chevrolet truck, four US national flags and a dozen hay bales, against the dramatic backdrop of the Teton mountain range. She was watched by family members including her parents Dick and Lynne.

As the sun set on her – literally and figuratively – Cheney issued a rallying cry for the defence of democracy and, in remarks that lasted around 15 minutes, made clear that she does not accept that her political career is over. 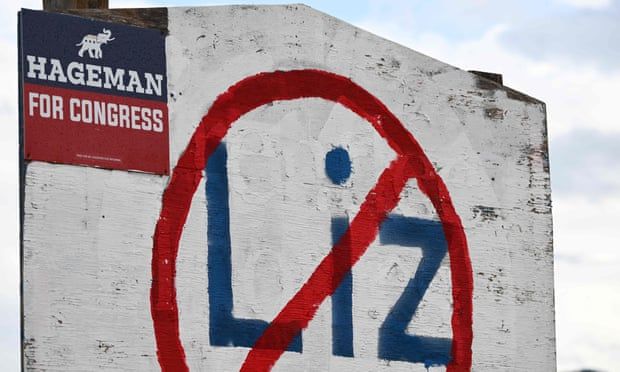 A hand painted sign against Cheney displayed on the side of a road in Casper, Wyoming.

Cheney referenced her work on the January 6 committee and condemned fellow Republicans for pushing conspiracy theories. She also warned that supporters of Trump’s “big lie” about voter fraud are currently running for state offices.

“Our nation is barreling once again towards crisis, lawlessness and violence,” she said. “No American should support election deniers for any position of genuine responsibility.”

Cheney criticised the rightwing backlash against the FBI search of Trump’s Mar-a-Lago estate that has led to threats of violence against federal law enforcement.

“Our great nation must not be ruled by a mob provoked over social media,” she said.

Cheney has faced death threats and been forced to abandon traditional campaign stops and public rallies in favour of small-scale private events.

To applause, she reiterated her pledge that she “will do whatever it takes to ensure Trump is never again anywhere near the Oval Office. And I mean it.”

She left the stage to the sound of Tom Petty’s song I Won’t Back Down.

Trump wrote on his social media platform: “Liz Cheney should be ashamed of herself, the way she acted, and her spiteful, sanctimonious words and actions towards others. Now she can finally disappear into the depths of political oblivion where, I am sure, she will be much happier than she is right now. Thank you WYOMING!”

Earlier, a country and western band played as Cheney supporters mingled under a white marquee, drinking wine and eating from a buffet of fresh fruit and cheese and crackers, and a food truck serving barbecue sliders, pulled pork and beef brisket.

The mood was upbeat and defiant despite the imminent defeat, with guests praising Cheney for putting country above party and some advocating a presidential run in 2024.

Kenneth Adelman, a former US ambassador to the United Nations, said: “Whatever happens, she’s a winner. What she did was courageous. She showed that she was willing to put her politics on the line.”

But nationally, leading Republicans were eager to celebrate Cheney’s defeat. Trump’s son, Donald Trump Jr, tweeted: “Bye bye @Liz_Cheney. On the bright side at least you won’t have to pretend to be from Wyoming anymore.”

In a statement released before the race was called, Elise Stefanik of New York, who replaced Cheney as the number three House Republican, said: “Congratulations to Harriet Hageman on her massive Republican primary victory in Wyoming over Nancy Pelosi’s puppet Liz Cheney.

“… Harriet is a true America First patriot who will restore the people of Wyoming’s voice, which Liz Cheney had long forgotten.”

Critics of the ex-president declared Cheney the moral victor. The Lincoln Project, an anti-Trump group formed by disaffected conservatives, said: “Tonight, the nation marks the end of the Republican party.

“What remains shares the name and branding of the traditional GOP, but is in fact an authoritarian nationalist cult dedicated only to Donald Trump.”

David Axelrod, former top strategist for Barack Obama, tweeted: “Through the lens of history, Liz Cheney will be remembered as a hero; Harriet Hageman, the answer to a trivia question.”