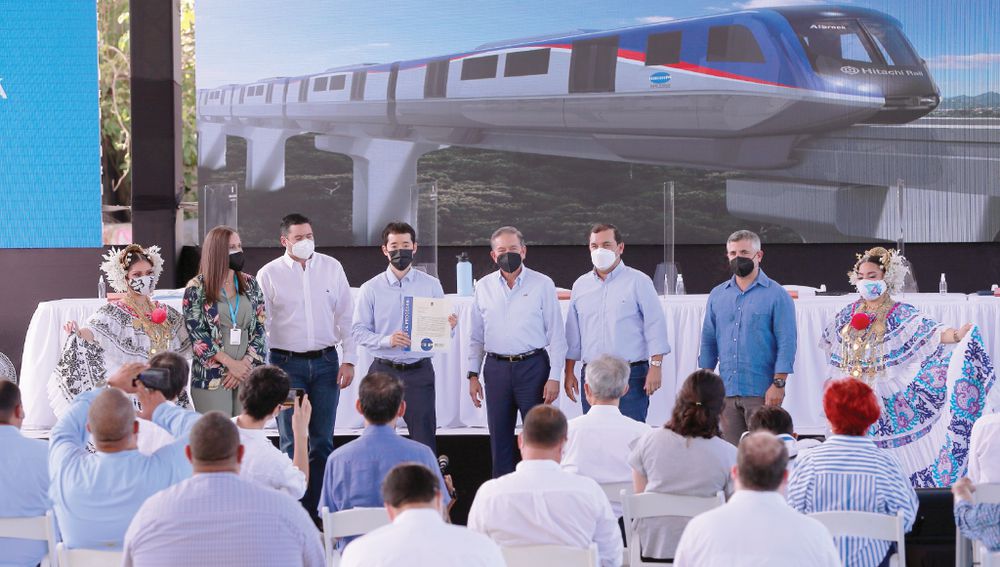 According to the Metro, the underground section, which will include the Balboa station, would cost 360 million dollars. A year ago, the Government decided that it would be more feasible for the third line to cross the channel of the Canal through a tunnel, and thus not use the central lanes of the fourth bridge, since this last work would undergo changes in its original design.

According to the specifications for the design of the tunnel, the selected company will have to design the tunnel that will have an extension of 5.3 kilometers and a maximum depth of 65 meters.

To extend the scale of the project, the greatest depth reached by the line 1 tunnel was 35 meters.

The diameter of the tunnel will be 13 meters and it will have a pumping station, drainage and it will be divided in half to simulate the effect that they are two tunnels within the same structure.

The companies interested in the contract will have to demonstrate that they have experience in tunnel design with a depth greater than 30 meters. They must also prove that they have carried out similar work in the last 15 years, or that they are still under construction with a progress of 75%.

According to the deadlines set in the specifications, the meeting to clarify doubts about the tender will be held on March 8, while the delivery of the proposal was agreed for April 13.

As has happened in the last tenders carried out by the Metro, the opening of the proposals will be carried out virtually due to coronavirus (Covid-19).

This is a step to build the long-awaited work and joins the events of last week, when the Metro awarded the company CSA Group Panama the completion of the category 3 Environmental Impact Study that was needed for the construction of the underground section.

Additionally, in the coming days the companies interested in carrying out the geophysical studies of the underground section of line 3 must submit their proposals.

The tunnel will start shortly after the Albrook station, will arrive at the Balboa station and then cross the channel of the Canal and will end about 300 meters before the Panama Pacifico station, where the elevated section will begin that will extend to the Ciudad del Futuro where the 25 kilometers of line 3 will end.

In addition to the design of the tunnel, the selected company must calculate the cost of the construction of the underground section, works that will be awarded through another tender.

The specifications indicate that the “tunnel designer must foresee the effects of future expansion works in the Panama Canal navigation strip, such as future blasting and excavations, detailed in the Compatibility Resolution issued by the ACP”.


Yesterday, President Laurentino Cortizo gave the HPH Joint Venture consortium the order to proceed that marks the start of work on the elevated section of Line 3, which should benefit more than 500 thousand residents in West Panama.

According to Cortizo, whose government has experienced the crisis that plagues the country as a result of Covid-19, the investment of more than 2.8 billion dollars will positively impact the economy that last year closed with a fall of 17%.

Daniel Chung, legal representative of HPH Joint Venture, commented that the group will work to meet the deadline agreed in the contract.

Chung indicated that they will work in collaboration with national authorities and subcontractors to comply with the established deadlines and respecting the laws and regulations of Panama, this is clear within the legal security that the country offers, he commented.

Héctor Ortega, general director of the Panama Metro, indicated that the construction of the tunnel should begin in two years, taking into account all the studies that must be carried out to carry out the work.

“As of today, in month 24 the construction of the tunnel must begin, and this extends the work schedule for the entire project to 64 months,” he indicated.